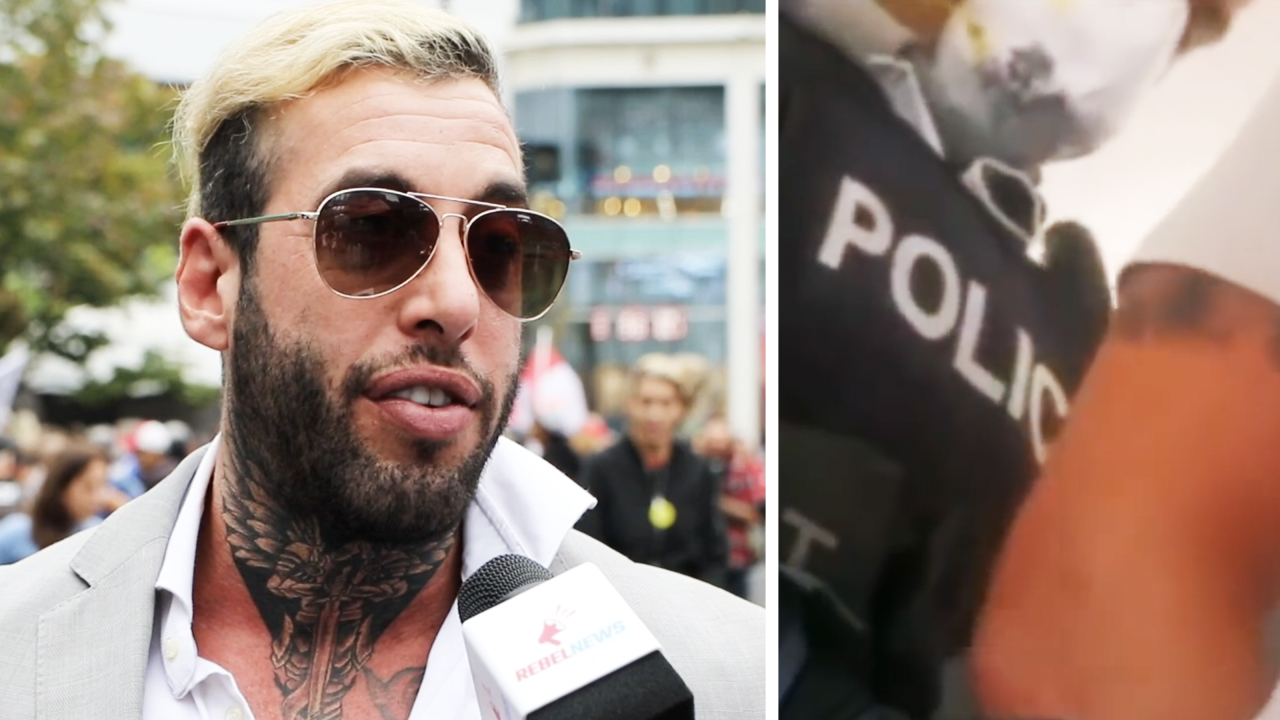 Chris Saccoccia, the founder of Mothers Against Distancing (MAD) known as Chris Sky, has become a prominent figure among Canada’s anti-lockdown crowd. He has regularly organized weekly protests in the public square advocating against Doug Ford’s COVID bylaw enforcement since late April.

Chris went viral after a video of him being arrested for not wearing a mask on an Air Canada flight was released back in October. Rebel News reporter David Menzies interviewed him at the time to get his side of the story.

In a tweet on Wednesday, Chris said that RCMP New Brunswick had called to apologize for arresting him and dropped the charges against him, as well as apparently, offering him a payout.

RCMP MONCTON JUST CALLED TO APPOLOGIZE FOR ARRESTING ME AND TO TELL ME "CHARGES" WERE DROPPED. They are even sending me 500$ sorry haters! BACK THE BLUE

Chris gave Rebel News further comment, saying that it was one of the arresting officers who had called him, and that he doesn’t fault the RCMP for what happened.

If you are faced with one of these punitive and unfair COVID fines, please head over to www.FightTheFines.com and we will give you a free lawyer to fight it on your behalf. And to learn more about legal exemptions from mask mandates, visit www.MaskExemption.ca.