A dispute over a mask at an Ontario sports facility saw officers remove a man from the premises. 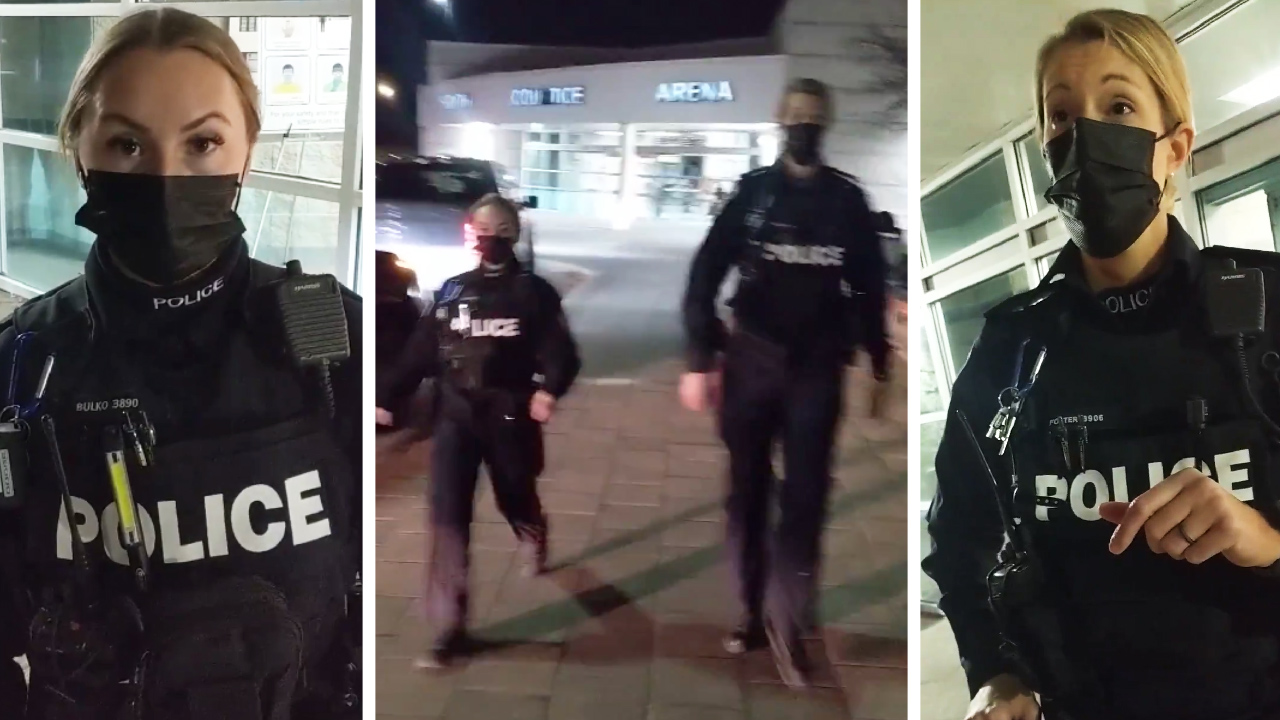 Police confronted a man in Courtice, Ontario, this week for what he says was a mask adjustment, resulting in his leaving the Courtice Community Complex.

Jeffrey Hayes tells Rebel News he was confronted by officers from the Durham Regional Police Service upon leaving the arena, remarking “I find it very absurd they would conduct themselves in such a manner in front of children under the age of 10-years-old.”

WATCH: Police confronted a man in Courtice, Ontario, this week for what he says was a mask adjustment, resulting in his leaving the Courtice Community Complex.

Officers are seen requesting the personal information of the man before alleging that arena officials instructed that he leave the premises, thus making him a trespasser, which Hayes repeatedly denies, reaffirming that he was adjusting his mask whilst eating and drinking, and was not formally asked to leave.

“I was eating and drinking both times he said I wasn't wearing the mask,” he explained.

Officers are heard on video agreeing that one is not required to be masked whilst eating or drinking.

“The issue here though is the staff member doesn't deserve to be yelled at and sweared [sic] at,” one officer later claims.

A passerby is also heard on video complaining that he will have to isolate “because of f***ing idiots like you.”