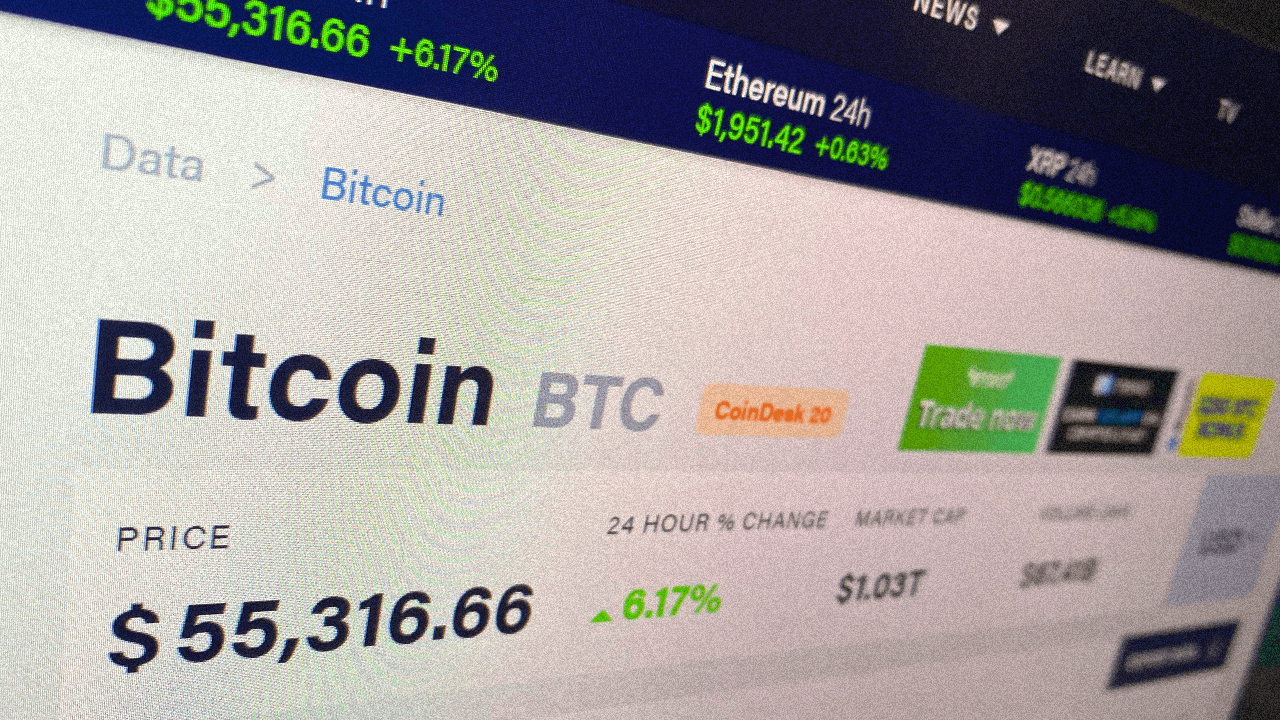 Bitcoin has reached a new all-time high after its value surged past the $56,000 USD mark on Friday, with the total market valued at over one trillion dollars. The cryptocurrency's latest rise follows in the wake of Elon Musk and Tesla’s purchase of $1.5 billion worth of Bitcoin in early February.

According to Coindesk, the value of Bitcoin reached an all-time record of $56,046.56, where it continues to hover at the time of writing. Bitcoin gained roughly 7.5 per cent in value within a 24-hour period.

The value of one Bitcoin is now worth more than a share of all but a select group of the world’s publicly traded companies. The value of Bitcoin accounts for roughly 61 per cent of the combined value of every cryptocurrency and decentralized finance (DeFi) token currently in circulation.

Since the start of the year, Bitcoin has gained more than 82 per cent in value and has quickly become a legitimate investment for many traders, both amateur and professional alike, after mainstream companies like Tesla began treating it as a secure asset.

The boost of the cryptocurrency has also prompted other tokens and cryptocurrencies to rise in value, as the market becomes saturated by a new influx of investors and capital. Other cryptocurrencies, including Ethereum, Polkadot, Cardano and Chainlink also saw massive gains coinciding with the rise of Bitcoin.

The company's foray into the world of cryptocurrency has been joined by Mastercard, which announced it expects to be supporting certain cryptocurrency transactions on its network later this year. BNY Mellon, the oldest bank in the United States, has also announced that it will be providing banking services for cryptocurrencies and other digital assets.