A group of protesters disrupted an event at the Grey Eagle Resort in Calgary, where Premier Jason Kenney's United Conservative Party was hosting its annual general meeting. 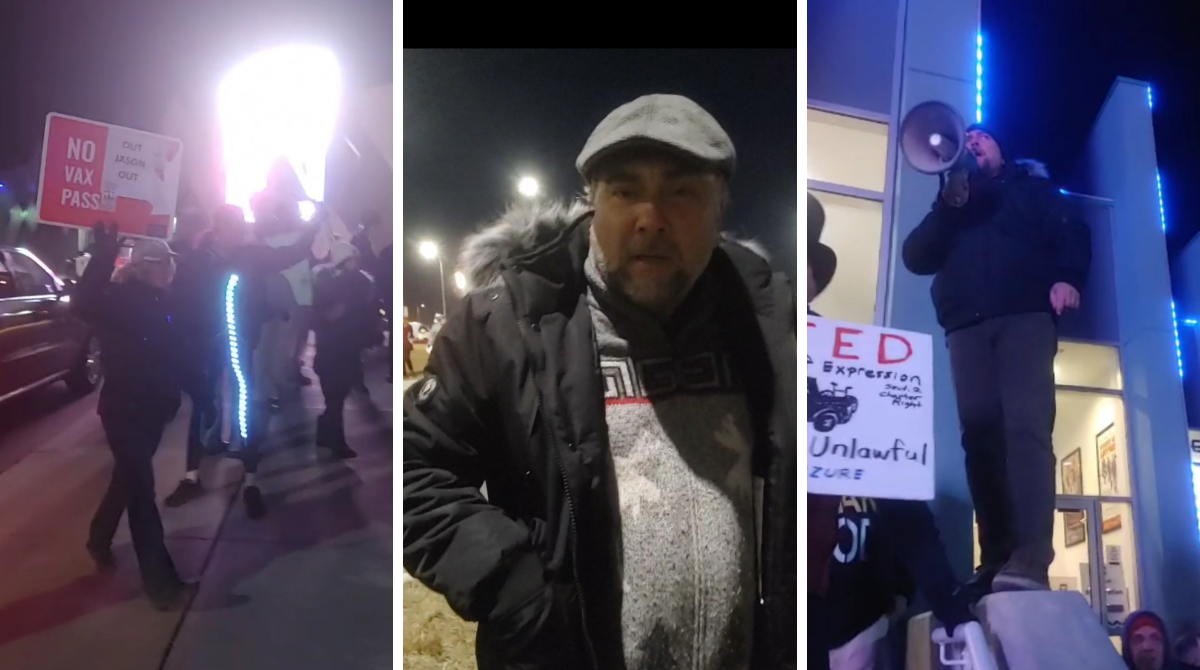 During our coverage of the United Conservative Party's annual general meeting we noticed an increased security and police presence.

The building entrance was locked down and there was a noticeable commotion outside, videographer Kian Simone attempted to film the incident, but the windows were covered and the doors were locked. Kian was also informed that the building was on lockdown and that he would not be allowed to depart.

Fortunately, we had friends on the outside who captured the action and we will bringing you that footage as soon as possible.

We were told that Pastor Artur Pawlowski and a group of up to 50 protesters attempted to enter the building in an effort to call for Premier Jason Kenney’s resignation. It's unclear if this was actually the case, however, as video posted to Facebook shows the demonstrators outside of the building for more than 30 minutes without trying to enter, before eventually being asked to leave by police.

UPDATE: Pastor Artur Pawlowski told Rebel News that while he attended and spoke at the protest, he wasn't not involved in organizing the demonstration and hadn't initially planned to speak. Pawlowski also stated that none of the protesters tried to enter the venue. The pastor can be heard several times in the hour-long Facebook stream asking the group to demonstrate peacefully and to respect any requests that may be made by police.

"Segregation is evil, it's wrong. We are not to discriminate anyone."

Just arrived at the UCP AGM in Calgary and they’ve got the building locked down because these people have started going off outside. We’ve been told to wait. Cops say this is up to the UCP. Some standing outside are concerned about the policy being voted on soon. #ableg pic.twitter.com/WxT20PsL3I

When we were finally allowed outside, the crowd had rapidly dissipated and only a few officers remained. I spoke with one who told me that the crowd had cleared out quickly and without any major incident.

Those gathered inside the venue are concerned that UCP members still attempting to enter the event have been unable to do so as a result of the protest outside, which may cause them to miss their opportunity to vote on a motion currently being voted on by the party's membership on the thresholds for leadership review.

The motion is undoubtedly favoured by Jason Kenney, as it would see the need for a one-third vote for a leadership review instead of the current one-quarter requirement.

UPDATE: The motion was defeated, which increases the probability of a leadership review for Jason Kenney moving forward.

Our very own Chief Videographer Mocha Bezirgen is now following the protest and we will bring you any action as it unfolds.