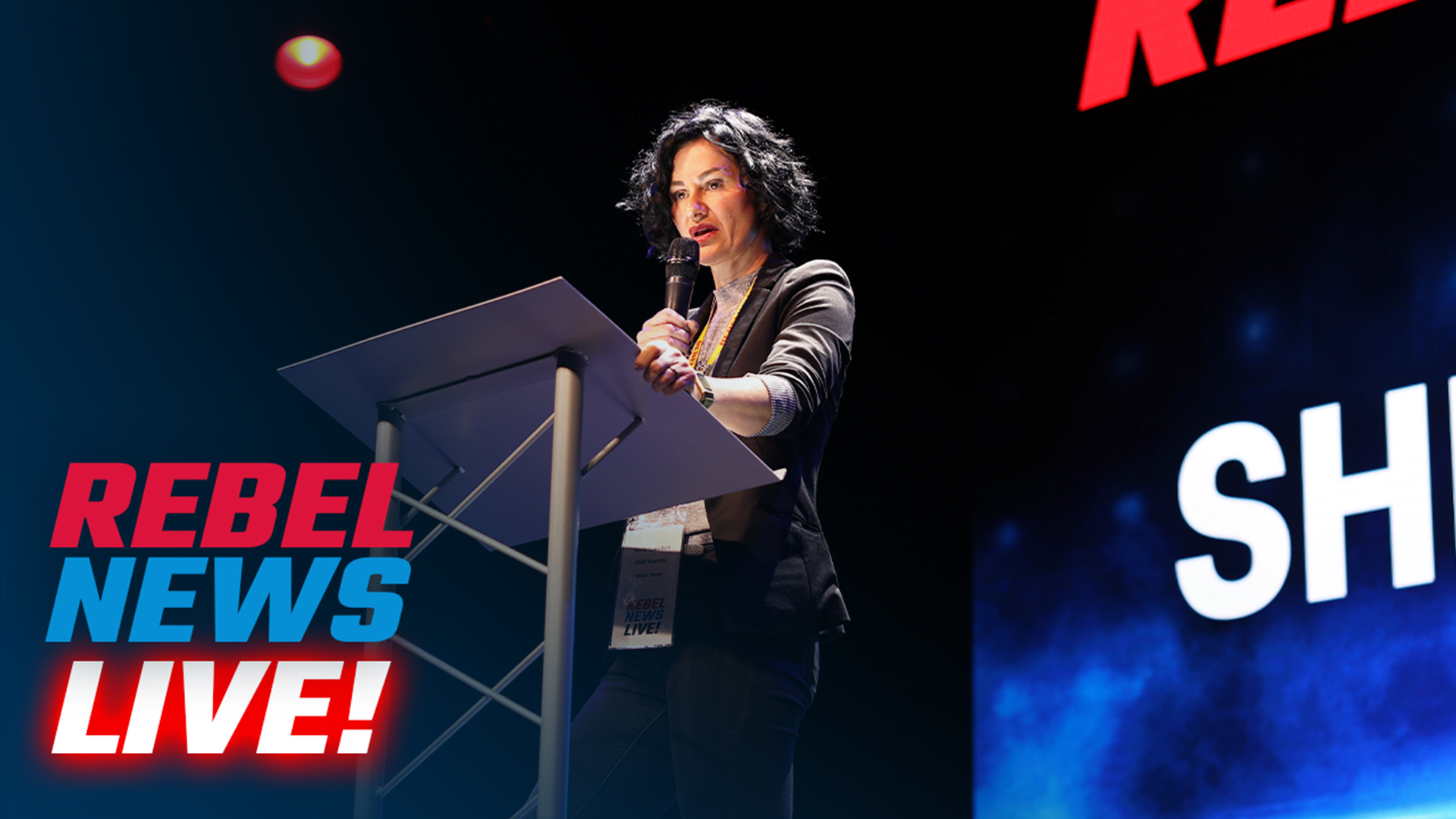 Sheila's full speech can be seen above. Non-subscribers can watch a short teaser below:

Introducing herself, Sheila says she's a lot of things: rugby mom, oilpatch wife, terrible Christian, pickle evangelist, chief reporter at Rebel News. These are all things she's proud of. But like another Rebel News LIVE! speaker, Palminder Singh, she too grew up in a faraway land — Fort Saskatchewan, Alberta.

During this speech, Sheila says she wants to talk about people like Palminder.

Journalism isn't an exclusive guild, anyone can do it

In her view, journalism is not some sort of exclusive guild, it's just a thing you do. Two things stand out as really changing her view of journalism, Rebel News' chief reporter says.

The first of two instances that changed Sheila's view of journalism happened in 2013. Back then, she saw a documentary called Hating Breitbart. In this documentary, Andrew Breitbart, the founder of Breitbart News, did something Sheila said she still thinks about.

While speaking at a 2011 Tea Party rally, around the time smartphones were becoming ubiquitous, Breitbart asked the audience to take their phones out and hold them in the air. This army of phones represented a sea of new media that could debunk the lies of the mainstream media.

The new media, Sheila says, are taking over where the old media failed. The legacy media wants you, the citizen journalist, off the battlefield. They don't want you there to hold the government accountable because your presence threatens their lies.

If anyone can do journalism, why not me?

The second instance that propelled her into journalism was actually how she came to be a Rebel. This started in May 2015 after Rachel Notley's NDP won Alberta's provincial election. Notley's party was full of crazy people, Sheila says. Anti-oil activists, all of the woke nonsense that is plaguing much of society now. It was all there on their social media, but the mainstream media refused to scrutinize Notley's NDP the way they did conservatives.

So, Sheila thought, if the mainstream media isn't willing to provide scrutiny of left-wingers, why not me? That's when she started digging through social media accounts and found some pretty awful things Liberals had done or said. One of the things she found actually led to Trudeau removing a candidate from the Calgary-Nosehill riding.

In response, Sheila says the mainstream media branded her a “Big C” Conservative, as if she were a researcher for the party. In fact, they even wrote articles about her without doing any actual journalism — you know, reaching out and asking the person they're reporting on, in this case her, their side of the story.

It all started one rebellious summer...

That same summer was when Ezra Levant started Rebel News. The Rebel Commander reached out, Sheila says, and told her that what she is doing is journalism. Sheila responded by saying, no, what she's doing is just being annoying on the internet. But Ezra persisted, and eventually feeling she'd run out of excuses to say no, Sheila was convinced to come join the Rebel team.

You don't have to be “fancy” to do journalism, Sheila says. The people working at these outlets are no smarter or harder working than you, the citizen journalist. In Sheila's eyes, the mainstream media has failed and the reason we're seeing it now is because everyone has phones and can be journalists.

Think of all the things the mainstream media has gotten wrong.

Nick Sandman, an innocent young man, almost had his life ruined by a 30 second clip from the mainstream media. In their eyes, Sheila says, Sandman became a symbol for the white male, pro-life masculinity they loathe so much. But what saved him from having his reputation ruined was citizen journalism offering a different perspective of the incident.

Kyle Rittenhouse is another person who could have had his life ruined. Here was a young man who wanted to defend his community during a riot, a dangerous task. But Rittenhouse was accused in the mainstream media of roaming the streets looking for someone to kill. Yet again, footage from citizen journalists helped save him, this time from a life behind bars.

The now-infamous “mostly peaceful” Black Lives Matter claim from CNN was debunked by citizen journalists. The thousands of people marching in the streets in opposition to lockdowns and other COVID craziness every weekend across Canada was largely ignored by the mainstream media, but citizen journalists were there.

Think about all of the things the media got wrong about the convoy, Sheila says. They said it was somehow fuelled by Russians; they said convoy protesters tried to burn down an apartment building in Ottawa; they said protesters were dancing on the Tomb of the Unknown Soldier; the refusal to report how protesters were mistreated by police.

All of these things were properly reported by citizen journalists and independent media outlets. And yet, Sheila says, all of this happened in Ottawa, a town teeming with bureaucrats and journalists. Somehow, not one of them managed to capture footage of police snatching protesters and dropping them on the outskirts of the city in the middle of winter.

New media in focus at the Trucker Commission

This played out at the Public Order Emergency Commission, where much of the evidence presented was from citizen and independent journalists.

Think about it, she says. The most compelling images, like Freedom Convoy organizer Tamara Lich being handcuffed in the street, Pastor Artur Pawlowski being dramatically arrested in Calgary, the persecution of the Church of God in Aylmer, Ontario, were all captured by citizen journalists.

All of these “professional” journalists were in Ottawa during the convoy, but they refused to show the joy and happiness that happened at the protest, Sheila says. Instead, they relentlessly highlighted the one man carrying the bad flag — but never even managed to find that person.

These images captured by citizen journalists are so important, Sheila says, because they are jarring, powerful, life-altering moments that change hearts, minds and worldviews. And this, Sheila says, is precisely why the mainstream media ignores these things; they absolutely do not want people's worldviews to change.

More citizen journalism, she says, causes people to turn away from the mainstream media.

Citing a poll from Abacus Data, Sheila says that 44% of Canadians think much of the information in the news is false, and this is across party lines. While that means a majority do have some trust, it also means 13,000,000 adults in Canada don't trust the media.

In fact, 52% think official government accounts of events can't be trusted. Sheila says she thought this must have been an anomaly, but an Ipsos poll showed similar numbers of declining trust in mainstream media. Unsurprisingly, the reasons presented to pollsters were the convoy, election, climate change and COVID-19.

The media, in Sheila's view, has gone from presenting the news to telling you what the news is, all because you, citizen journalist, do it better than they do. This is why they label you as disinformation and why they try to gatekeep the truth of events they refuse to report on.

As censorship increases, so too does citizen journalism, according to Sheila. But crucially, it is better to be censored by another than to censor yourself, Sheila tells the audience. The moral of the story? You can beat them, you are beating them, and at the end of the day, if I did it, you can too. 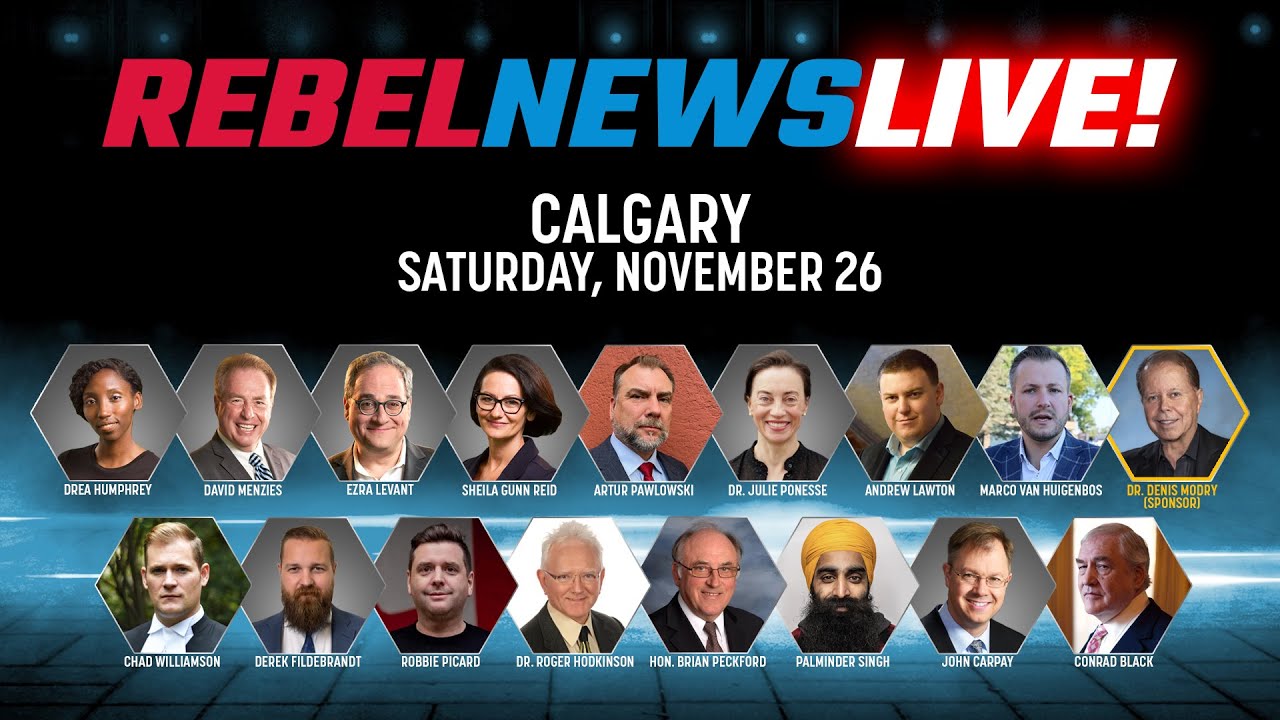 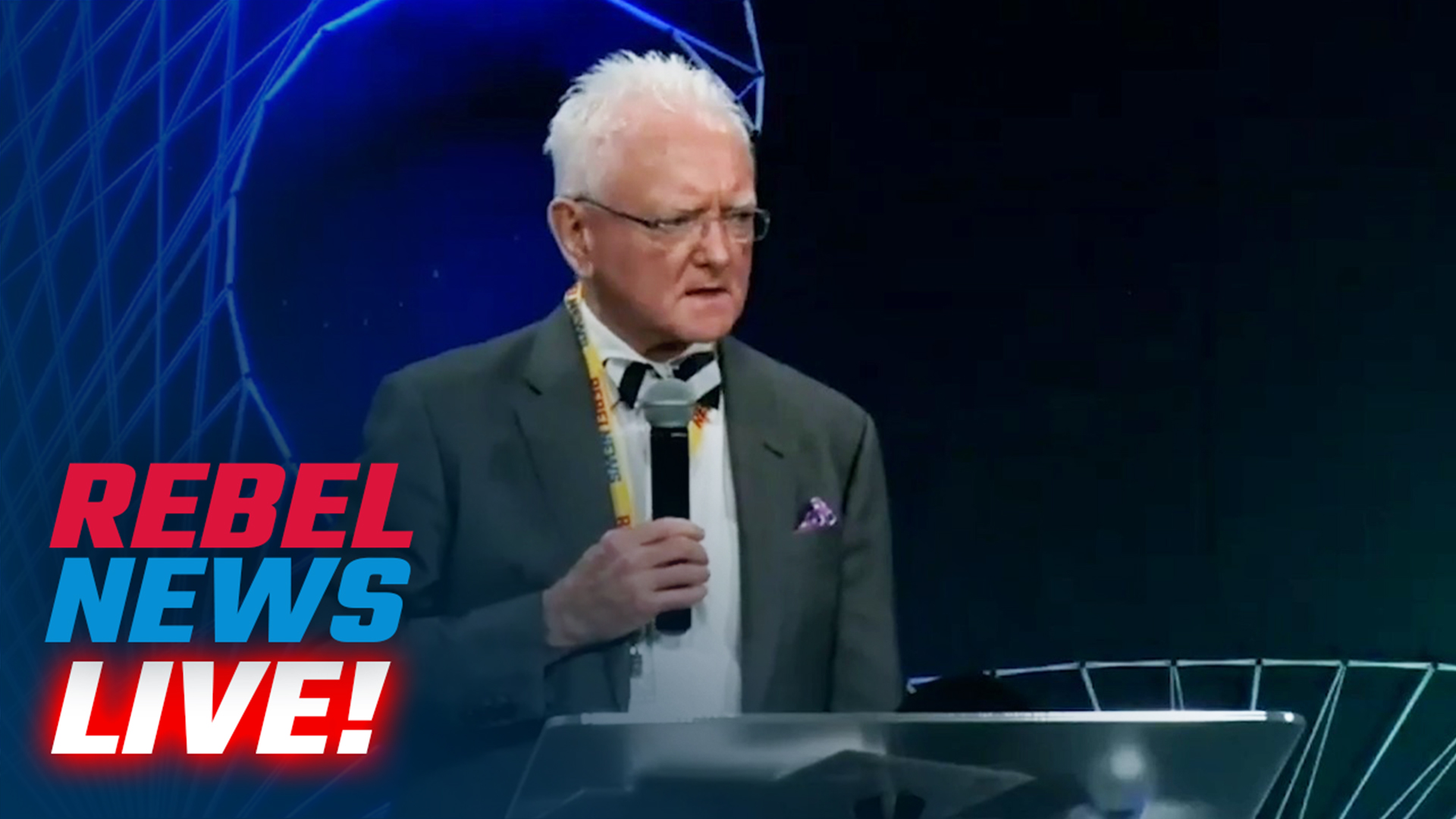 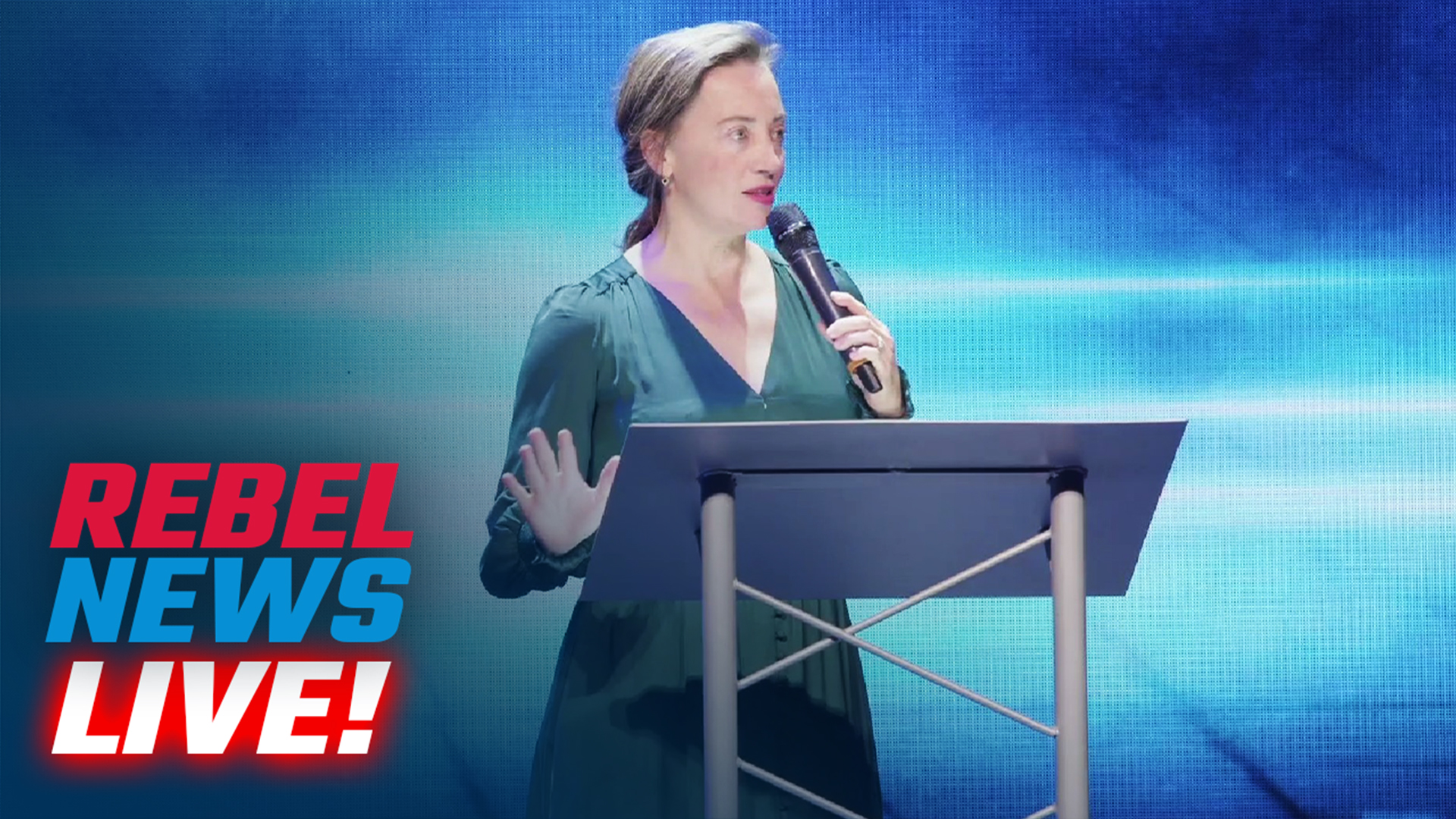 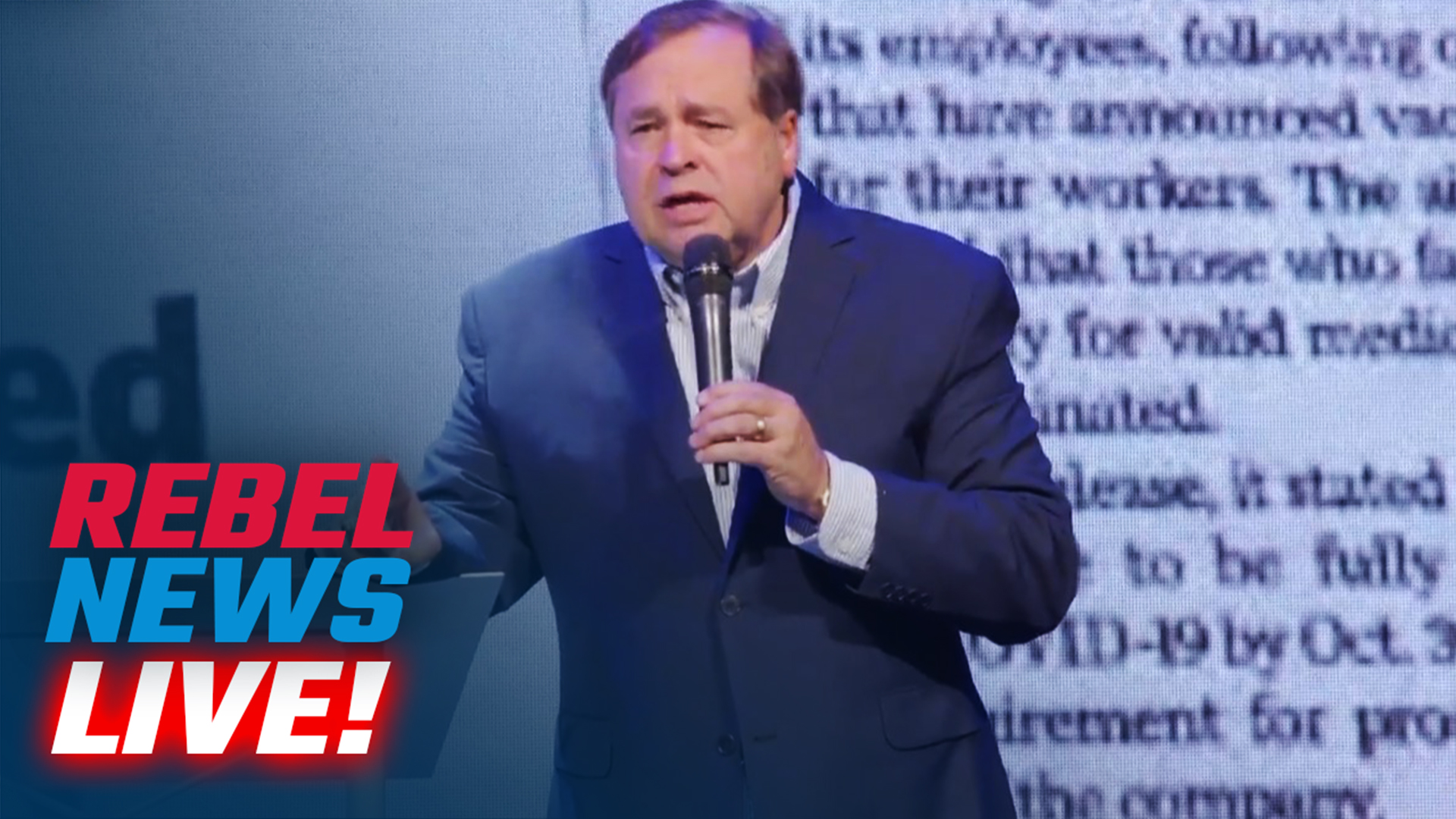 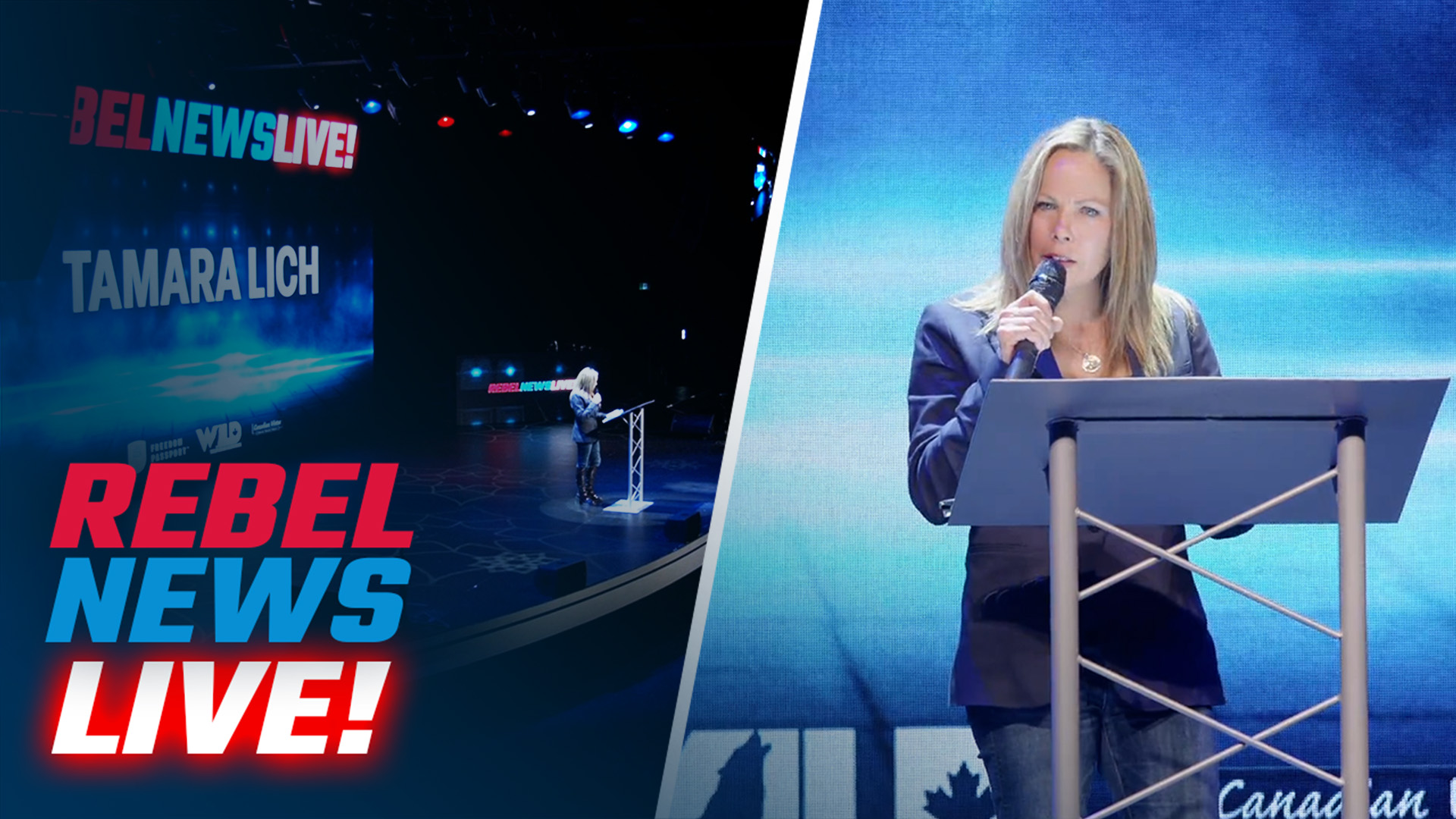 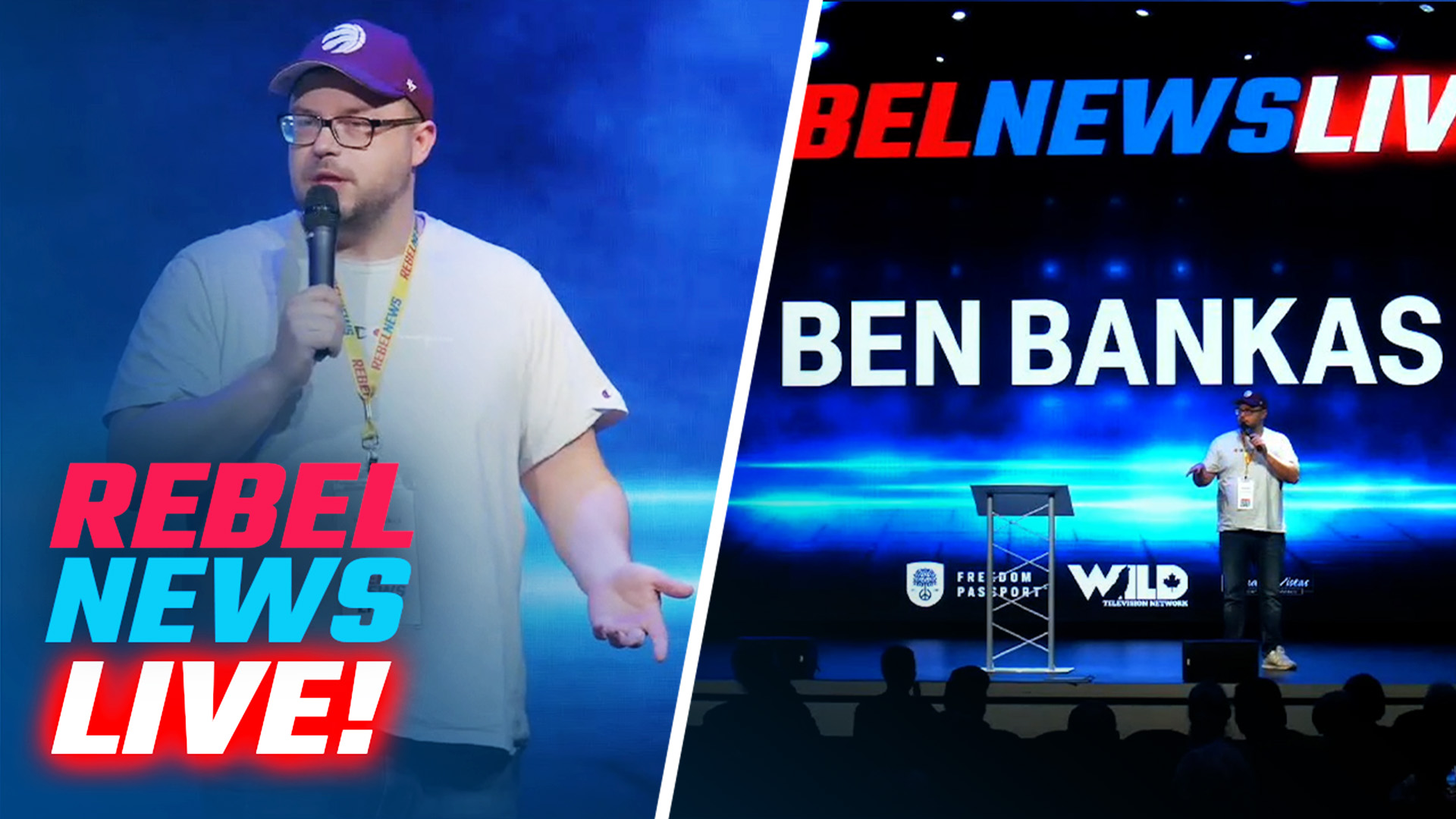