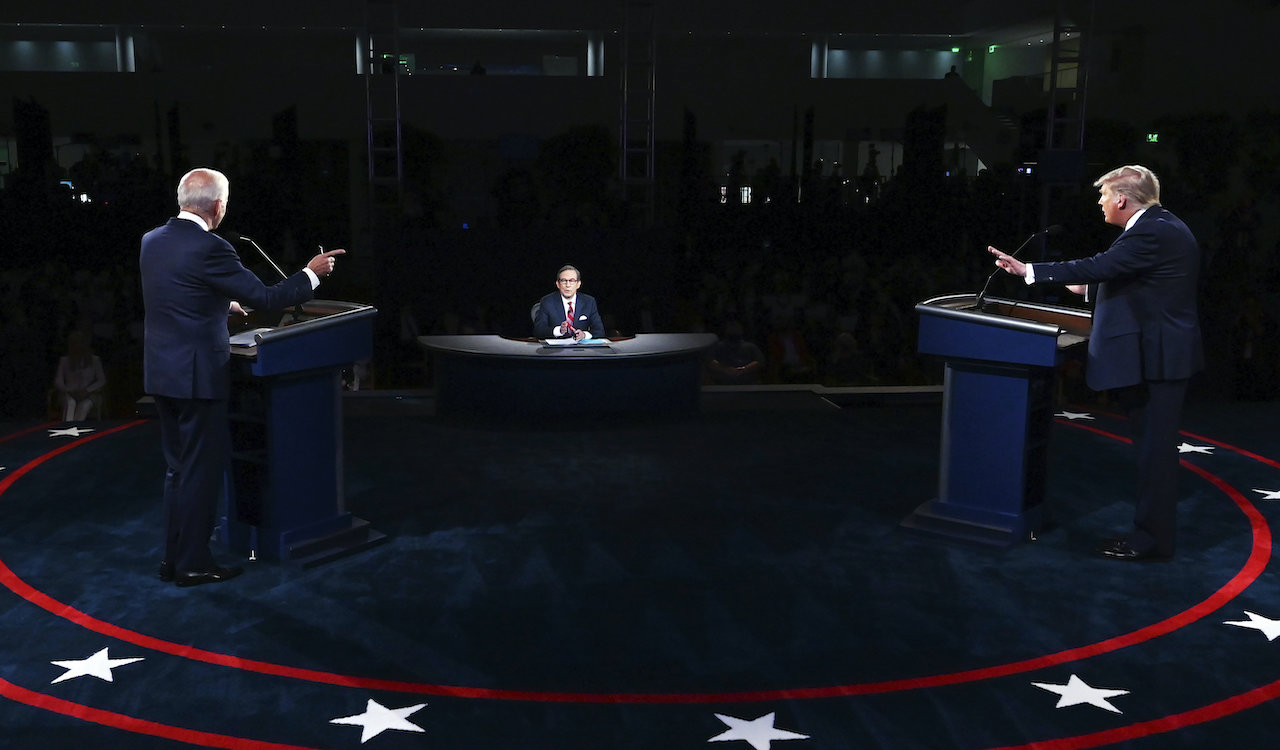 The Biden campaign mocked President Donald Trump for refusing to attend the virtual debate after the commission said the debate would be held on livestream, with the candidates in two different locations.

“It’s shameful that Donald Trump ducked the only debate in which voters get to ask the questions—but it’s no surprise,” Biden’s campaign manager Andrew Bates wrote in a statement. “Everyone knows that Donald Trump likes to bully reporters, but obviously he doesn’t have the guts to answer for his record to voters at the same time as Vice President Biden.”

.@AndrewBatesNC, a Biden spokesman, on the cancellation: “It's shameful that Donald Trump ducked the only debate in which the voters get to ask the questions -- but it's no surprise.”

The Trump campaign responded to the announcement and criticism from the Biden campaign suggesting that the two candidates take part in a debate without the commission.

“There is no medical reason to stop the October 15 debate in Miami from proceeding as scheduled, since the President will be healthy and ready to debate. There is also no reason there shouldn’t be the three total presidential debates as Joe Biden had originally agreed. We have suggested using October 22 and October 29 to hold the final two debates. It’s time for the biased commission to stop protecting Biden and preventing voters from hearing from the two candidates for president,” Tim Murtaugh,Trump’s campaign spokesperson, stated.

Murtaugh concluded, “There’s nothing that says that President Trump and Joe Biden can’t debate together without the overlords at the commission having a say in the matter. We would be glad to debate one-on-one without the commission’s interference.”

There’s no medical reason to stop the Oct. 15 debate from proceeding as scheduled, since the President will be healthy and ready to debate.

It’s time for the biased commission to stop protecting Biden & preventing voters from hearing from the 2 candidates for president.

This is not the first time President Trump has proposed holding an unorthodox debate with Biden.

Responding to a tweet on September 14, Trump agreed to partake in a debate on The Joe Rogan Experience, which has the largest audience for a podcast, worldwide.

A guest of the Joe Rogan podcast, Tim Kennedy, was discussing the idea on a recent show. Rogan was specific that there would be no editing and that he would want both candidates in there “for hours.”

Former special forces operator and retired MMA fighter Tim Kennedy took to twitter to ask “Who wants this?” to which the President enthusiastically replied “I do!”

The Biden campaign has refused to address any proposals forwarded by the Trump campaign, and has instead opted to go along with the cancellation of the October 15 debate.