King, who appears in a pro-Ukraine hat and t-shirt, expresses his admiration for the Ukrainian president and Bandera after the pranksters bring up his name in the call. 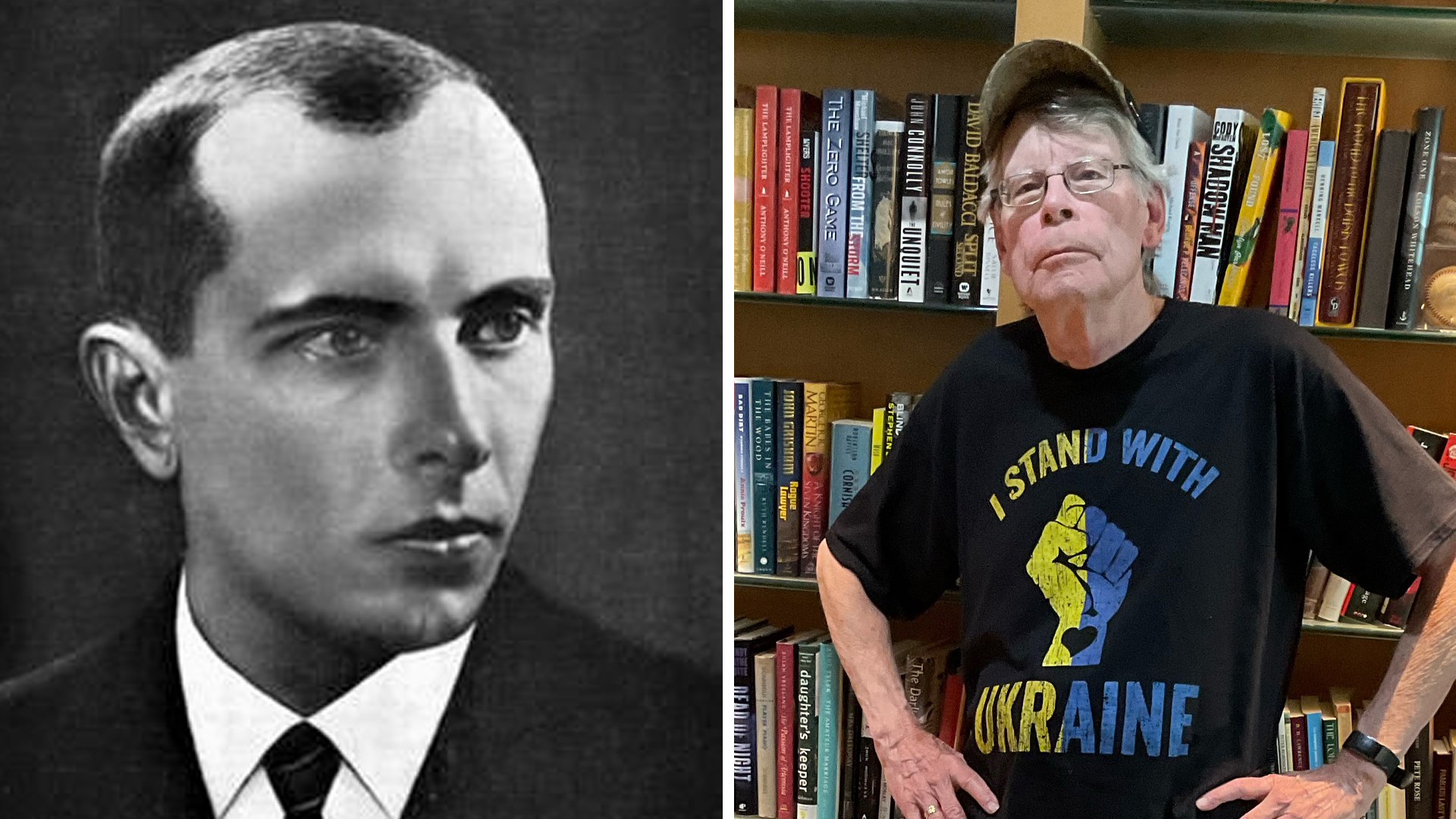 World-renowned author Stephen King, best known for the “Shining” and “Carrie,” was duped by Russian pranksters into believing he was in a call with Ukrainian President Volodymyr Zelensky, where he expressed his admiration for holocaust architect and war criminal Stepan Bandera.

The pranksters Vovan and Lexus reported the video call with the U.S. author and outspoken liberal in an undated video published this week.

King, who appears in a pro-Ukraine hat and t-shirt expresses his admiration for the Ukrainian president and Bandera after the pranksters bring up his name in the call.

“They are people who really love Ukraine. It’s not Nazis. It’s Azov,” says one of the pranksters, referring to the neo-Nazi paramilitary organization, Azov Battalion. “Of course they love some people like [Stepan] Bandera, our national hero. So what do you think of Bandera?”

“He was in the Second World War, and he fought against the Soviet Union,” the prankster continued. “But, yeah, he had some crimes, but it’s not so big crimes. It’s of course [accidental], [they were] were crimes against Jews. But it’s really important to keep him opposed to Putin and his propaganda.”

“Well yes, I mean there are always… you can always find things against people to pull them down,” replied King. “Washington and Jefferson were slave owners. That doesn’t mean they didn’t do many good things for the United States of America.”

Stephen King was pranked by two Russians who tricked him into believing he was on a call with Zelensky. On the call, he claims that Ukrainian Holocaust architect Stepan Bandera was a great man whose murder of Jews was just a slight flaw worth overlooking. pic.twitter.com/jA4M2RX4c0

Earlier this year, Canadian Deputy Prime Minister Chrystia Freeland expressed her solidarity with Ukraine while marching alongside a group of Ukrainian neo-Nazi Banderites. She was photographed holding up a red and black scarf tied to the Banderite movement.

During the 1940s, Bandera led the Organization of Ukrainian nationalists, which was directly involved in the massacre of up to 60,000 Poles during WWII, killing around 133,000 ethnic Jews, Poles, and Russians in the region. More than a million Jews were killed in Ukraine during the Holocaust.