What would the legal consequences be if Tamara Lich were a left-wing activist? A new case in B.C. may set that precedent 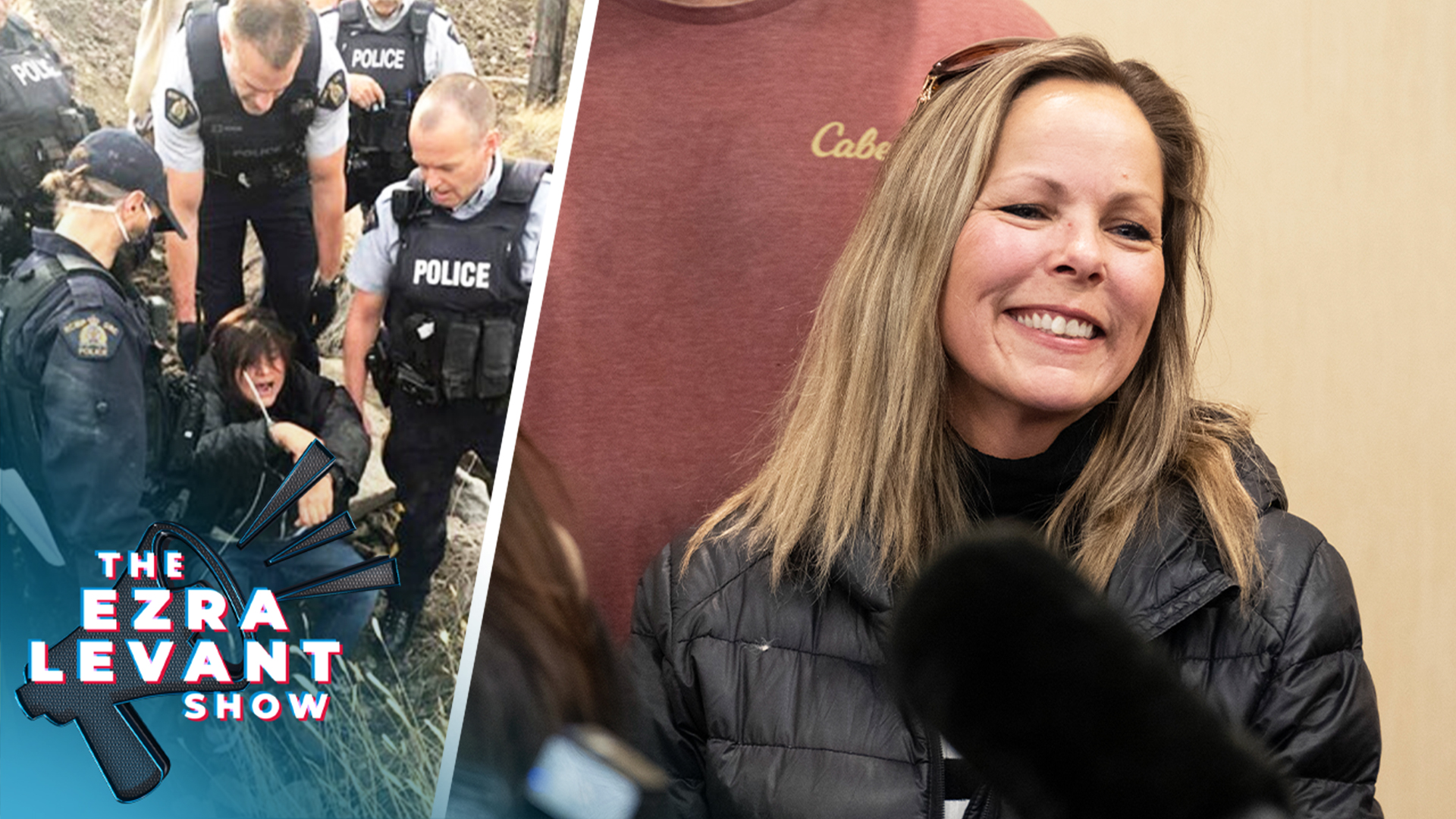 Today, I compare the news coverage and the court case between some mischief-making occupiers in BC to how the freedom trucker protesters were treated in Ottawa.

Imagine if the courts, instead of being neutral, became partisan, like the media, like Hollywood, like woke capital, like so many other institutions. Imagine if you lost half of the public’s support — or even just a third? The entire system would fail. What a catastrophe that would be.

This brings me to the story of the day. It’s about an occupation. About mischief. About minor crimes. About interrupting infrastructure and the economy.

In other words, it’s a repeat of the trucker convoy from January and February. Except as you know, the trucker convoy didn’t actually occupy anything — they just parked on some downtown streets for a few weeks, but they didn’t actually block the roads — they actually kept lanes open. They moved their trucks away from residential areas towards the Parliament itself. They stopped their honking when a judge told them to. And there was simply no violence at all from them — none.

But the entire country was put under martial law; hundreds of bank accounts were seized; peaceful protesters were arrested at gunpoint — our reporter Alexa was actually shot. And peaceful people like Tamara Lich were thrown in prison for more than a month, on the laughable charge of inciting mischief.

I can’t find any case in Canada of someone being imprisoned for inciting mischief. There was one case of a jail sentence for the man who knocked down Quebec’s power grid. So it was’t a peaceful political protest — it was a destructive sabotage of the province’s power grid, that knocked out power for nearly 200,000 people for days, cost more than 28 million dollars to restore, and was the result of a careful scheme hatched as a sort of vendetta.

It couldn’t be more different from Tamara Lich. Other than that one insane case of sabotage, I don’t know of anyone jailed for inciting mischief — and of course, that power sabotage was much more than just “inciting” mischief. They’re not even comparable — I was just trying to give you the only example that might be comparable.

Well, let me read you the news from the B.C. interior today. You’ll notice that I’m reading from a small news outlet — as far as I can see, this is not in the Globe and Mail or the CBC.

You’d think this would be bigger news. TMX — that’s the big trans-mountain pipeline. This injunction battle has obviously been going on for years — you see references to back in 2020.

The story was also written up in Kamloops this week. It has a more political tone.

Everyone in Canada is subject to Canadian law — even people who are not Canadian citizens. There are some racial carve-outs in law, which I think are very dangerous. Looks like this judge wasn’t having any of it.

But I remind you, Tamara Lich is a Metis woman, too. She’s indigenous. Did you see any reporting like this when she was arrested? People floating the idea that she really couldn’t be guilty; that physical vandalism was actually a kind of ancient indigenous ceremony?

Of course not; the liberal media wouldn’t believe a word of it if it were said by a peaceful trucker.

You know, the truckers didn’t vandalize anything. They didn’t attack anyone. They didn’t resist the police. It’s actually amazing — there was not a single act of violence by any truckers, throughout the whole time. That’s why you had Liberals trying to cook up hoaxes, like the hoax that a trucker tried to arson an apartment; or the hoax that the truckers defiled the Terry Fox statue. Yeah, no, this isn’t vandalism, brother. But nice try.

We’ll see what sentence those people get. I don’t know if jail is appropriate. I know that, from reading my UK case law, if you repeatedly defy a judge, they put you in jail just to break your defiant spirit. These folks deliberately defied the judge. But I bet they get a modest fine that will immediately be paid by Greenpeace or someone else. Not 49 days in prison, like Tamara Lich.

There really are violent occupations in Canada that really do disrupt businesses, that endanger infrastructure., that cost money and jobs. But Trudeau doesn’t say a word about them — he supports them. His environment minister himself is a convicted criminal, for vandalizing the CN tower in the name of Greenpeace.

But it’s not just Trudeau, is it? It’s the entire media party that has ignored this national story. Because it just doesn’t fit their narrative, does it?