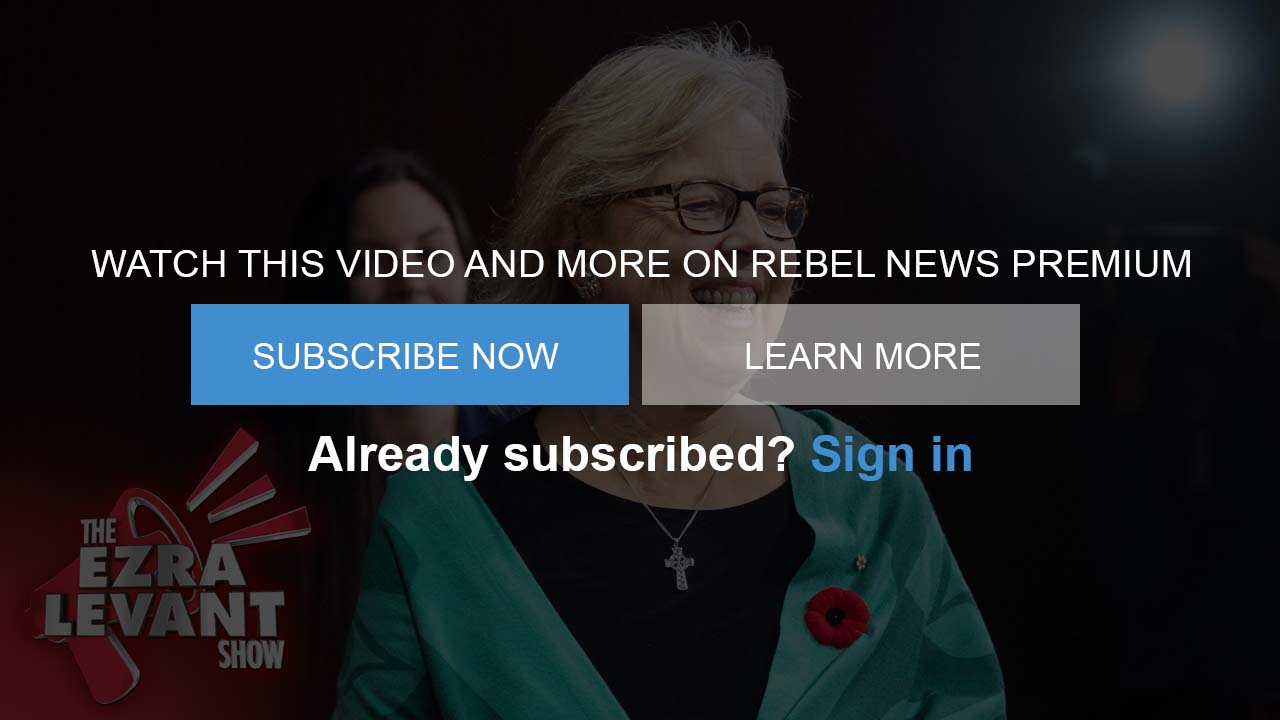 Yesterday Elizabeth May announced that she’s going to step down as the Green Party’s leader.

Whatever May's future holds, one thing is for sure:

The Green Party, and indeed all the parties on the left in Canada — the NDP, Quebec Solidaire in that province, and even much of the Liberal Party — is moving hard left-wing.

Not just economically, but socially:

Supportive of Antifa violence and even terrorist groups. And they’re proudly anti-Semitic, because they know, demographically speaking, being anti-Semitic is a vote-getter, given mass immigration to Canada from anti-Semitic countries.

If you bring in one million migrants from countries where terrorism is normal, or even praised, don’t be surprised if they bring those values with them. To Canada. And then politicians court them.

I don’t know if you saw David Menzies' interview with the rabbi in Georgina, Ontario the other day. There was a Muslim immigrant to Canada, Saeed Ahmed, who vandalized the synagogue’s property, and posted Nazi images on their Facebook page.

And he didn’t hide it. He didn’t do it in the dark. He came right up to the Jewish rabbi and told him all about it.

(Don’t think they’re immigrants like that aren't Christian-hating, too. How many churches have been torched or vandalized in Canada in the past few years by rather excitable new immigrants who came from places where Christianity was hated?)

There has never been a Muslim migrant charged under a Human Rights Commission for promoting hatred. Yet all the time we see headlines about radical mosques, run by radical imams — all of whom are immigrants — saying hateful things, even calling for the murder of Jews and Christians.

And my point is: that’s where the parties of the left are going. They can do the math.

Leftist candidates and politicians in North America who are unabashedly anti-Semitic, or who hang around with people who are.

So what does this all look like in five or ten years? Ahmed Hussen says he’s going to bring in more than a million new migrants to Canada in the next three years. How many synagogues are going to be covered in graffiti? How many churches will be torched by then? Will they even be reported anymore, will police even investigate anymore?

Or will it be like the UK, where the few people criticizing things — like Tommy Robinson — be the ones arrested?

Look at these clips of Jeremy Corbyn, the leader of the UK Labour Party, and the man who could be the next British PM, brushing off concerns about creeping anti-Semitism in his party, and openly praising Hezbolla and Hamas.

And really — after few more years of Hussen’s mass anti-Semitic immigration, how much longer till that’s Canada, too?

THEN: Project Veritas has just dropped another bombshell investigation, this time on one of the hottest topics around: CNN's decision not to investigate allegations against Jeffrey Epstein.

Tonight, the Executive Director of Project Veritas, Russell Verney, joins me for a must-see conversation.