PROOF: “The state of journalism in 2019 is worse than you think” 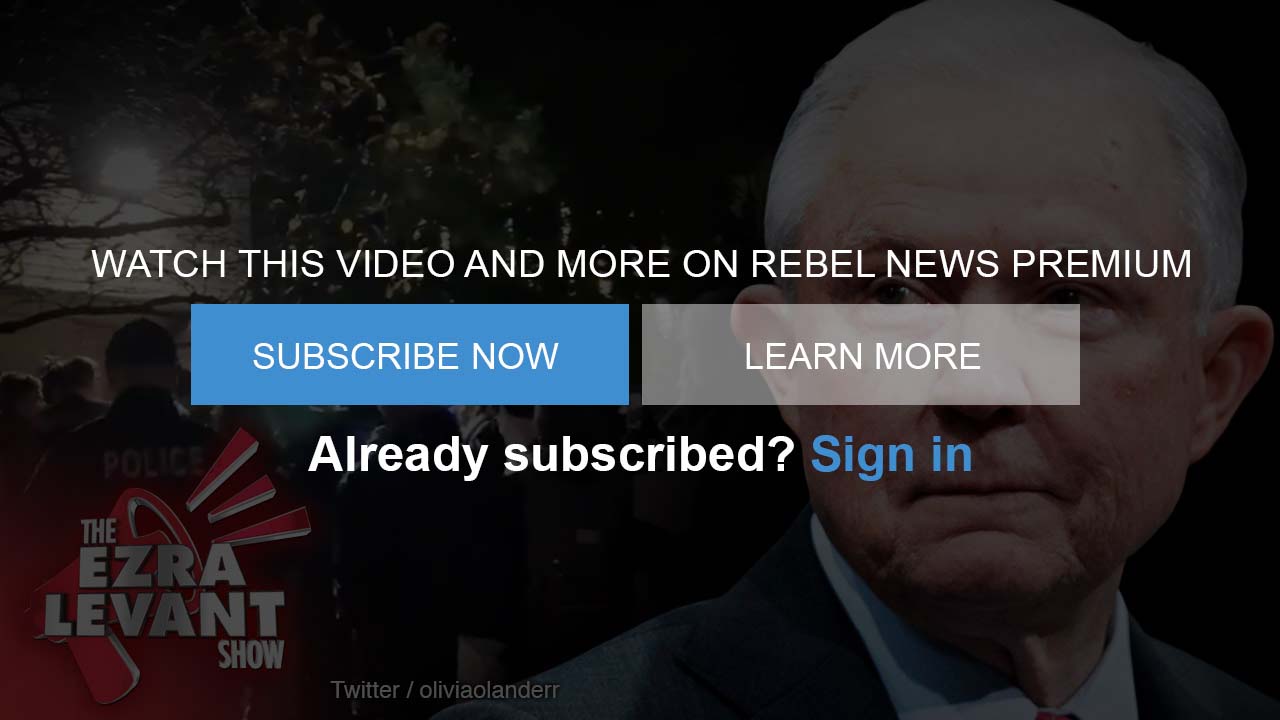 Jeff Sessions was a U.S. Senator, one of the first to endorse Donald Trump in the Republican primaries a few years back. That really helped Trump; it was a sign that someone in the establishment took him seriously, and that someone with strong conservative bona fides believed he was a conservative.

And Trump rewarded him by appointing him Attorney General, where he served for 18 months. He took a hard line on some issues, and Trump grew tired of him and sacked him. Wouldn’t you know it, Sessions is looking to get back into the Senate.

Whatever you think of Jeff Sessions, he is a man of consequence. The Republican Student Club at a university in Illinois, called Northwestern University, thought he was interesting enough to invite to campus.

Of course, the left on campus had a freak-out:

Over 150 students protested the event, some holding signs and others chanting “F–k Sessions.” Protesters also stormed the back entrance to Lutkin and attempted to enter the hall by climbing through windows and opening doors. University Police officers followed students into Lutkin, knocking some protesters to the ground and pushing others out.

Now, of course, the student government at Northwestern is as awful as you’d imagine:

The resolution, which passed 28-2 with two abstention votes, calls on the University to reconsider attendance policies for students who hold marginalized identities and may have been impacted by the protests, the legislation states. It also seeks to expand comprehensive counseling and the Center for Awareness, Response and Education.

As in, if you’re a minority? And Jeff Sessions hurt your feelings? You get special grief counselors? And more time to do your homework?

Anyway, Northwestern happens to have what is regarded as one of America’s leading journalism schools. TONIGHT I'll show you examples of how these student journalists covered this story.

It's a window into what it’s like on campuses these days. One of their editorials apologized to its readers:

One area of our reporting that harmed many students was our photo coverage of the event. Some protesters found photos posted to reporters’ Twitter accounts retraumatizing and invasive. Those photos have since been taken down. (...) While our goal is to document history and spread information, nothing is more important than ensuring that our fellow students feel safe — and in situations like this, that they are benefitting from our coverage rather than being actively harmed by it. We failed to do that last week, and we could not be more sorry.

I kept thinking this editorial was satire. Nope.

And these student journalists are all about to graduate and go to work in newspapers and radio stations and tv stations and website around America.

Which is one more reason you can never trust the mainstream media.

NEXT: Tommy Robinson is back on trial in England, and I recorded a video about the situation while taking a cab back from court to the airport. For more on that, please visit TommyTrial.com.