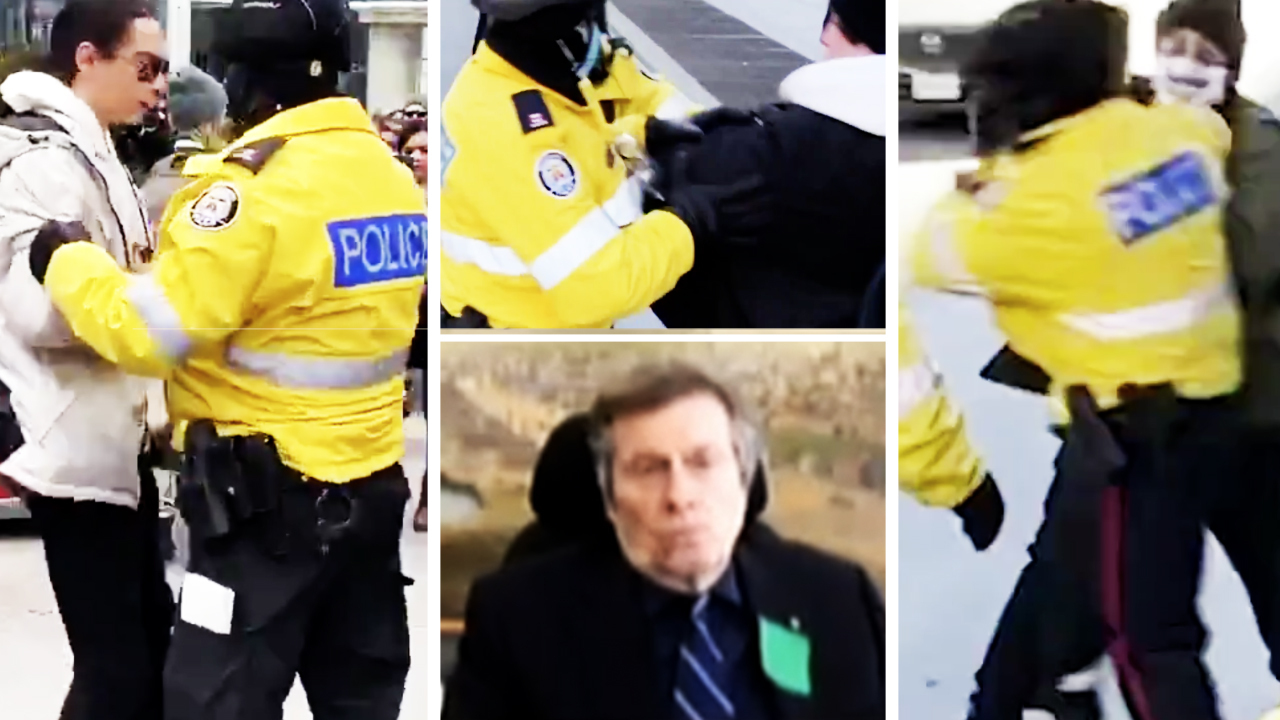 The response to protesters and media coverage of the demonstrations held in downtown Toronto was a topic of discussion today at a virtual meeting of the Toronto Police Service's Board.

Asking a question about how the Canadian Charter of Rights and Freedoms applies to what's been happening to protesters that have assembled at Toronto's Yonge-Dundas Square, deputant Derek Moran raised an issue of legality with regard to the officers actions.

“I’m proud of our members who throughout the pandemic have operated with professionalism and exercise compassion and significant discretion.” pic.twitter.com/r5SAv1UWfg

Responding to the question, Toronto Police Service chief James Ramer answered Moran's question by saying that “the pandemic is both a significant public health crisis and a public safety issue, and I'm proud of the work of our members who throughout the pandemic have operated with professionalism and exercised compassion and significant discretion.”

“I'm also proud of our communities who have also to a large extent acted responsibly,” the chief continued. “However, we do have a small organized confrontational group in particular that we will continue address proportionally.”

“We have a provincial emergency order in place and it is our duty to enforce the law,” Ramer concluded.

At this past weekend's protest, Toronto police made 10 arrests and laid numerous charges on individuals who were in attendance. Police also told Rebel News, as well as other media members in attendance to cover the event, that they were deemed non-essential, before later publicly retracting that statement.

It is not illegal for @TorontoPolice to lie to citizens. So, lying to a @RogersMediaPR reporter is not a crime, even though it is unethical and embarrassing to the entire force. But arresting or assaulting anyone using this lie as an excuse — well that actually is a crime. #G20 pic.twitter.com/53mYmUkPwv

On several occasions, police pushed away cameramen while they attempted to get footage of the arrests, with one officer even appearing to attempt to trip a Rebel News cameraman.

Take a look at @JohnTory's police putting their hands on @lincolnmjay and myself, for getting the other side of the story.

Thankful for all @RebelNewsOnline supporters and the great team behind us. Full video soon by @BezirganMocha pic.twitter.com/P4xDNdoUrA

The week prior, officers arrested three people, including protest organizers, and laid 18 fail to comply charges on other attendees.

Footage from inside the crowd when the police arrested one of the organizers, Kellyanne Wolfe. Reporting for @RebelNewsOnline pic.twitter.com/dMv3aPajea

The charter of rights does not apply to any Ontario resident it seems. pic.twitter.com/NzX9AkYDVz

Rebel News will be on scene, providing coverage of events as they unfold.