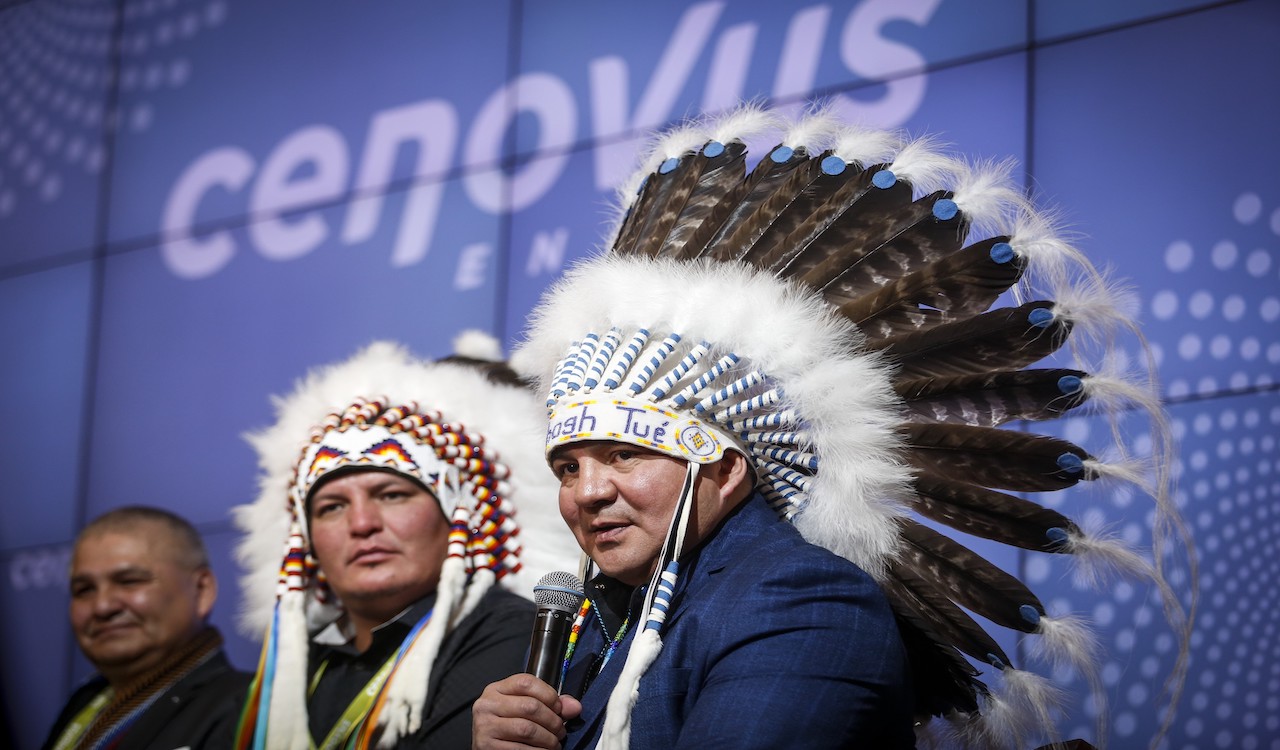 According to a report in Blacklock’s:

“Environmental injustice persists in Canada,” said a report to the United Nations Human Rights Council: “The health risks posed to Indigenous peoples by the multibillion-dollar oil sands industry are another example of concerns. Fort McMurray, Fort MacKay and Fort Chipewyan paint a disturbing picture of health impacts of the oil sands, i.e. tar sands, that were not properly investigated for years despite increasing evidence of health impacts on local communities.”

“Fort Chipewyan was repeatedly raised as having alarming health trends,” said the report. “The situation with the oil sands cannot be divorced from the troubling Trans Mountain Pipeline Expansion Project, strenuously opposed by many.”

The UN report, without evidence, insinuates that missing and murdered Indigenous girls and women were victims of retribution for blowing the whistle on the oil and gas industry:

“Reports were received that Indigenous women have gone missing after alleging health impacts from oil sands operations,” “The chilling effects of such actions can be telling of a trend to preserve the status quo.”

A 2015 RCMP study found that 70% of murdered Indigenous women were killed by Indigenous men.

“Concerning the oil sands industry, between 2010 and 2014 some substances were present in the air in concentrations exceeding provincial health thresholds, elevating the likelihood of adverse health impacts” and that “children ingest ‘acceptable’ traces of harmful pesticides in food”, and are “exposed to air pollution such as particulate matter at home, in school and outdoors.”

However, the air quality in Fort McMurray consistently receives better health ratings than Istanbul, the capital of Turkey.

“Some Indigenous peoples amidst the oil sands in Alberta are living in relative poverty, which points to whether the industry is really as beneficial to the communities as has been postulated.”

This allegation is discredited by Statscan data compiled by the Alberta Government’s Canadian Energy Center, which demonstrated members of First Nations bands in Alberta’s oilsands region typically fare better economically than Indigenous people anywhere else in the country:

The median employment income for those of Aboriginal ancestry who work in oil and gas extraction and in pipeline transportation is $144,034 and $142,883 respectively.

According to Blacklock’s, Tuncak’s report did not contain any rebuttal from federal or Alberta regulators, however, the report did call on Parliament to “recognize the right to a healthy environment” under the Charter Of Rights And Freedoms.