Despite this year's motto being "Cooperation in a fragmented world," the irony is not lost when 5,000 military troops are required to protect political and economic elites, setting up roadblock blockades and checking for fingerprints among those attending the summit. 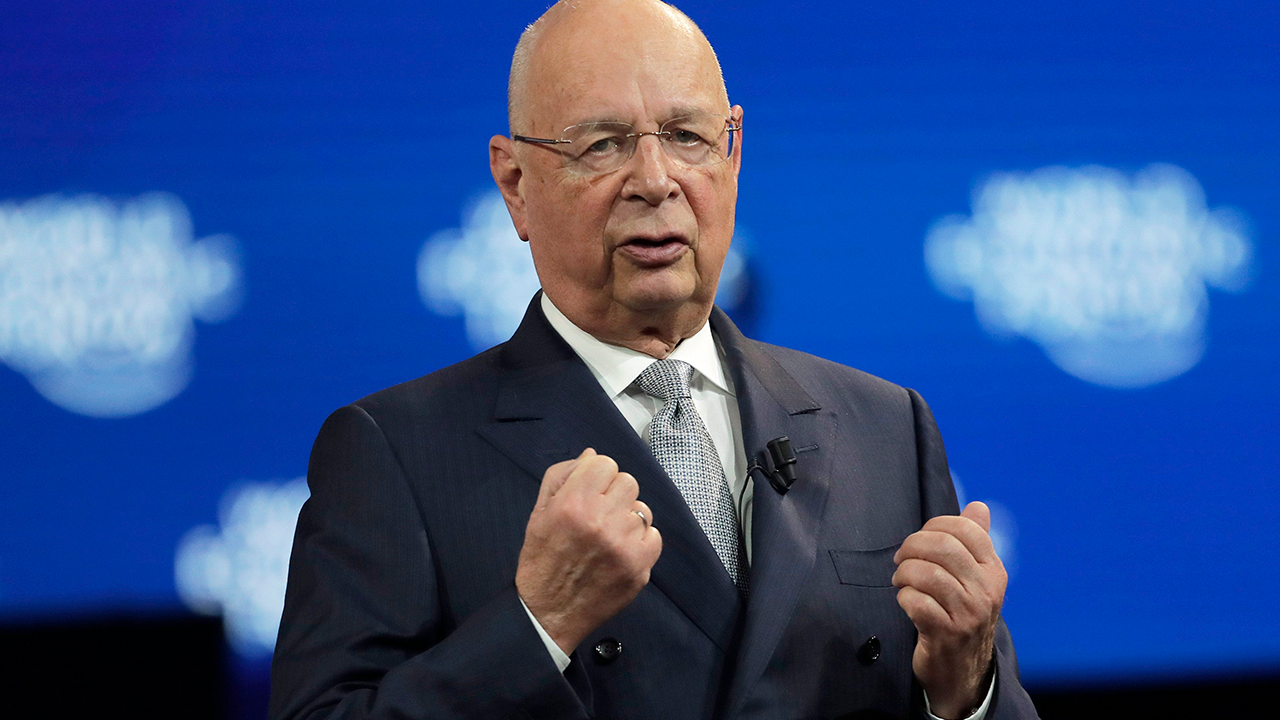 With the World Economic Forum (WEF) set to begin on Monday, elites, journalists, and other participants must take a PCR test upon arrival after bypassing a strict biometric screening for select events and ample security.

Everyone at the World Economic Forum annual meeting — including journalists and participants — has to take a PCR test upon arrival. If you don’t take a test, the chip in your ID badge is deactivated. If you test positive for Covid the badge is also deactivated. pic.twitter.com/2Mw8RYrtl1

According to True North's Andrew Lawton, the chip in your ID badge is deactivated if you don't take the test. "If you test positive for COVID, the badge is also deactivated," tweeted Lawton.

"Looks exactly what they want for the rest of us," commented a Twitter user.

"[This is] a glimpse into our future," said another.

The WEF ramped up security for its annual conference in Davos, Switzerland, this year after an 'invasion' of independent journalists pulled back the curtain and asked tough questions at a cloistered event in November.

They even stopped a brigade of Rebel News journalists heading to report from the frontlines in Davos.

I’m in Davos, at the secretive annual meeting of the World Economic Forum. Our Rebel News journalists were pulled over by police: pic.twitter.com/Fb5LjOpJNB

"Today, I drove to the World Economic Forum in Davos with our Rebel News journalists when a police checkpoint waved us over," commented Rebel Commander Ezra Levant in exclusive footage of the vast security detail along the road to Davos.

"We had seen hundreds of police, military police and even soldiers driving in camouflaged army trucks on the route to Davos. We knew it was only a matter before they pulled us over," he added.

"What would they do to us — since we are not the "approved," obedient journalists that the World Economic Forum prefers?"

This years WEF motto is “Cooperation in a fragmented world”. Turns out that means 5000 military troops to protect the elite, and police putting up a roadblock blockade around Davos to “check” fingerprints. pic.twitter.com/MJ2QRJgrnI

Despite this year's WEF's motto being "Cooperation in a fragmented world," the irony is not lost when 5,000 military troops are required to protect political and economic elites, setting up roadblock blockades and checking for fingerprints among those attending the summit.

Though mainstream publications are claiming to discredit the investigative reporting of independent media, claiming the size of the security detail for the annual WEF meeting is "misleading," we believe the proof is in the pudding.

The Swiss government has approved the assignation of up to 5,000 troops to Davos during the WEF conference.

According to the Swiss Armed Forces (SAF) website, "Parliament approved the deployment of a maximum of 5000 soldiers on these civil affairs support operations from 2022 until 2024."

"In 2023, the armed forces will once again support the civilian authorities in the canton of Graubünden in carrying out security tasks in connection with the annual meeting of the World Economic Forum (WEF)," it states.

The release adds that the army's mission lasts from January 10 thru January 26 to protect "objects, persons and airspace," provide logistical support and coordinate medical services.

"The armed forces play no part in law enforcement services, which are the responsibility of the police. The soldiers carry out their missions per the Ordinance on the Police Powers of the Armed Forces."

A group of protesters from around Europe are in Davos advocating for “climate justice” and higher taxation for the wealthy. Will have some interviews with them out tomorrow. pic.twitter.com/0Uv8SxFJ7J

Furthermore, WEF participants and journalists are also surveyed upon registration to calculate their carbon footprint for attending the meeting in Davos, according to Lawton.

"True North didn't want to splurge for the carbon offset," he tweeted sarcastically.

"'Carbon offset'" is a politically correct term for "payoff," said a Twitter user. "Who gets that money? Is it like Trudeau's trees that never got planted?"

Another user said, "The takeaway [here is] pollution is ok if you have money."

Private jets are considered the most polluting mode of transport per passenger kilometre, earning the political and economic elites in attendance widespread condemnation for hypocrisy on climate change.

World Economic Forum participants and journalists are surveyed upon registration to calculate their carbon footprint for attending the meeting in Davos.@TrueNorthCentre didn't want to splurge for the carbon offset. pic.twitter.com/A54ybhvV6M

A group of protesters from around Europe came to Davos to advocate "climate justice" and higher taxation for the wealthy.

In the meantime, here are some anti-capitalist clowns having fun with an electric car charger. pic.twitter.com/o4VbIzi6vb

Others took the time to engage in tomfoolery, while unintentionally poking fun at electric vehicles. "In the meantime, here are some anti-capitalist clowns having fun with an electric car charger," tweeted Lawton.

"So he's against helping fight climate change by making fun of charging stations for electric vehicles?" asked one Twitter user.

Another commented that while their theories are "noble," he said "their reality is out of touch."

"[They] lost me," said another user, jousting that Prime Minister Justin Trudeau could help with their acting skills.

During a Conservative pit stop in Winnipeg on Friday, party leader Pierre Poilievre took potshots at the Trudeau Liberals for their participation in the WEF.

In front of a crowd of several hundred supporters, the opposition leader jokingly pledged to convert the CBC headquarters into family housing and offer the prime minister a one-way ticket to Hollywood.

Poilievre doesn't believe the forum will find meaningful solutions to bread-and-butter issues that impact Canadians. During his bid for leadership, he boycotted the WEF after the controversial summit faced accusations of championing significant influence over domestic policy and decision-making.

According to the transfer payments section of the 2020-2021 Public Accounts of Canada, the WEF received $2,915,095 from Canadian taxpayers through grants and contributions.

The largest of the transfer payments to WEF was a $1,141,851 contribution from the International Development Assistance for Multilateral Programming. WEF also received another $1 million grant under the same program.

As first reported by True North, Poilievre has not allowed any members of his party to attend Davos.