Zelensky to publish an anthology book of speeches for Christmas

The book, which is titled, 'A Message from Ukraine,' will contain 16 speeches delivered by Zelensky since his inauguration into Ukraine’s highest office in 2019, with most of them being made within the past year. 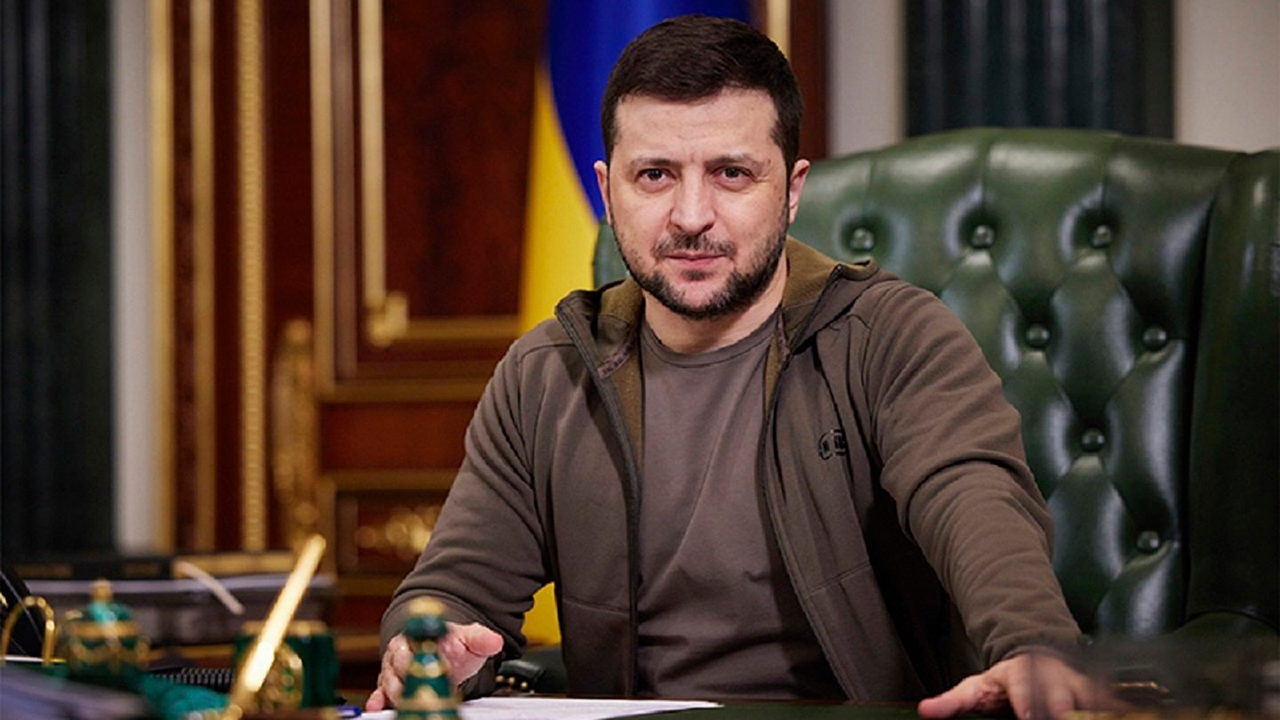 Ukrainian President, Volodymyr Zelensky is set to publish a book featuring his speeches from the past year, to be released right before Christmas.

The book, which is titled, “A Message from Ukraine,” will contain 16 speeches delivered by Zelensky since his inauguration into Ukraine’s highest office in 2019, with most of them being made within the past year.

Since the onset of Russia’s invasion of Ukraine in late February, Zelensky has turned to the international community for support and spoke before numerous national legislatures, including the United States Congress.

Often sporting his trademark tan-green wartime t-shirt, Zelensky has appeared as a special speaker at numerous entertainment events, like the Grammys in April. Zelensky, who was a comedian prior to becoming president, has gained the support of Hollywood and used his celebrity endorsements to garner international sympathy for Ukraine’s plight.

“Since my inauguration in May 2019, I have delivered about 1,000 different addresses around the world,” said Zelensky in a statement announcing the speech anthology. “I have selected the 16 speeches in this book because they will help you understand Ukrainians: our aspirations, our principles, and our values.”

According to The Bookseller, Zelensky said in his speech:

Above all, it will help you hear our message to the world: that we are a free and independent people, and that we will not stop resisting until the last Russian troop has left our territory.

Supporting Ukraine is not a trend, a meme or a viral challenge. It is not a force to rapidly spread across the planet and then just as rapidly disappear. If you want to understand who we are, where we are from, what we want and where we are going, you need to learn more about who we are. This book will help you do just that.

According to the publisher, proceeds from the book will go toward United24, a government program created by Zelensky to solicit international donations for Ukraine’s recovery following the invasion.

The program enables the Ukrainian government to fund both its humanitarian and military efforts, and even allows donors to support the armed forces with personalized drones for use against the Russian military.

Since the onset of the invasion, Ukraine has received $17.5 billion in U.S. military funding, and most recently received $725 million in military aid. Billions more have been earmarked by Congress for the Ukrainian government to be dispensed in the months ahead.