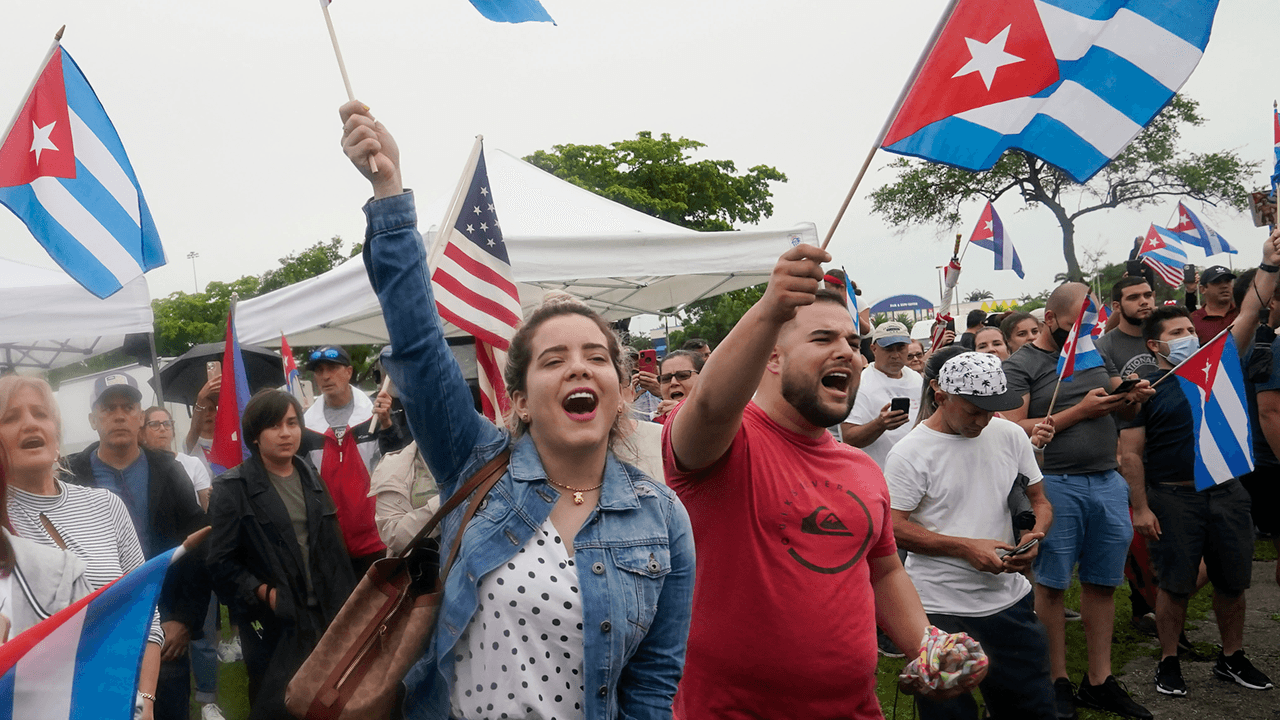 Department of Homeland Security Secretary Alejandro Mayorkas has responded to the crisis in Cuba by saying that any Cubans seeking refuge in the United States will not be allowed to enter the country.

Mayorkas, who is Cuban, claimed that the Biden administration stands “in solidarity with the Cuban people and their call for freedom from the repression and economic suffering that the Cuban’s authoritarian regime is causing.”

“The Coast Guard, along with our state, local, and federal partners are monitoring any activity that may indicate increases in unsafe and irregular maritime migration in the Florida straits, including unpermitted vessel departures from Florida to Cuba,” Mayorkas said on Wednesday. “The time is never right to attempt migration by sea. To those who risk their lives doing so, this risk is not worth taking. Allow me to be clear: if you take to the Sea, you will not come to the United States.”

“If individuals make, establish a well-founded fear of persecution or torture, they are referred to third countries for resettlement,” Mayorkas said. “They will not enter the United States.”

Mayorkas’ comments come as Cubans took to the streets over the weekend to protest the impoverished conditions the island nation suffers under the communist regime. Some of the pro-freedom protesters took to the streets changing “Liberty” and “Freedom” while waving American flags. The Communist government has responded by cutting off the Internet on parts of the island to prevent the spread of information and to silence criticism.

The communist dictatorship has also started cracking down on protesters, reportedly inflicting violence on unarmed civilians who march for freedom.

Mayorkas also addressed the recent events in Haiti which have led to political unrest after Jovenel Moïse, the former Haitian president was assassinated in his home last Wednesday:

The Coast Guard recently sent two cutters to the coast of Haiti, in addition to three others already in nearby waters. Our priority is to preserve and save lives. Even during the current pandemic, the Coast Guard maintains a continual presence in the Florida straits in the Caribbean Sea, particularly around Puerto Rico as I mentioned, and our maritime approaches, patrolling with air and sea military assets.

In May, I announced the designation of Haiti for Temporary Protected Status — TPS — for 18 months. Let me be clear, TPS is not an immigration program. It only benefits Haitian nationals who are already in the United States at the time of designation. TPS eligibility applies only to those Haitians who are already residing in the United States as of May 21, 2021 and who meet all other requirements.

Again, I repeat: do not risk your life attempting to enter the United States illegally. You will not come to the United States. We, the Department of Homeland Security, and this Administration remain committed to supporting the Haitian and the Cuban people, and we will continue our efforts in this regard.