Beer rationed ahead of holidays as brewers face logistical challenges 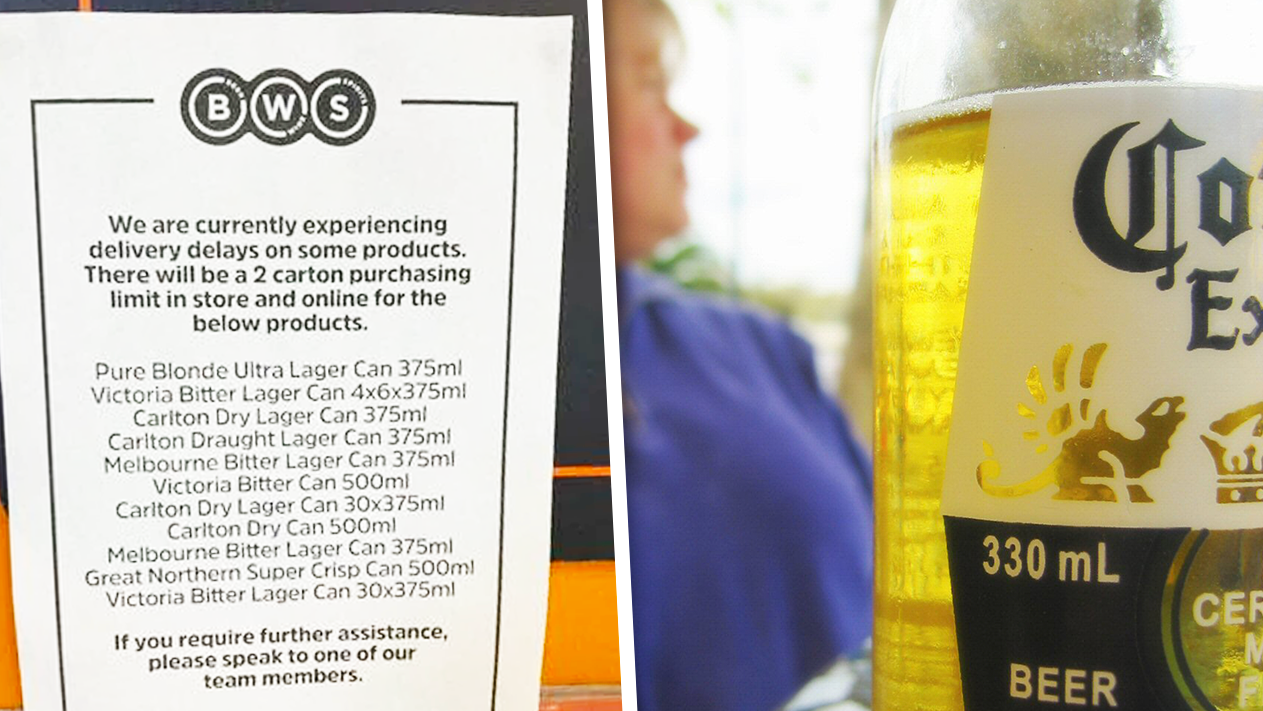 There has been a lot of talk about a potential apocalypse in recent years, but there really may be one, if the following is true.

Two of the largest brewers in Australia, Lion and Carlton & United Breweries, have found themselves coming up short heading into the Christmas period after the Covid pandemic disrupted supply chains. Local beers aren’t the only ones in trouble. The (now hilariously named) Corona imported from Mexico has been restricted to 20 cartons per store per week due to similar issues.

“I have just been advised this morning that unfortunately, CUB are having stock challenges on Corona. Up to last week they had felt that our IBA stocks were fairly safe, however they are facing some massive shipping challenges (along with ongoing challenges at the Mexican brewery) and that scenario has now changed.” - read one sign.

As a precaution, beer is already being rationed across BWS bottle shops.

Independent distillers have been struggling for months with bottle, lid, and label shortages caused by disruptions to global supply chains. Lion has run into a similar problem, with the company running low on the timber pallets required to transport their product across the country. Without them, the sock stays put. Tooheys, Hahn, and Iron Jack cans have the same issue.

Beer companies have decided to make the most of their available pallets by only shipping out their top-selling brands.

“Regrettably, we now have a large number of our smaller pack SKUs out of stock, and as we indicated previously, we don’t expect our pallet supplies to improve sufficiently to start making these products against until the new year,” said Lion executive Warwick Parks.

This is not the first time purchasing limits have been placed on customers during the Covid pandemic.

Coles and Woolworths both restricted the sale of various items during some of the early lockdowns for fear that supply chains would be unable to restock their shelves.

Wooden pallet shortages are not limited to beer manufacturers – they underpin nearly all product transfer including food and retail supplies.

The national shortage of wooden pallets has been coming for a long time. Australia’s largest pallet manufacturer, responsible for 70,000 pallets a month, is winding down production. Dormit, owned by Pentarch, is running out of logs due to the state’s green policies.

The Australian Food and Grocery Council warned the Victorian government and the Unions about a critical shortage of pallets in the lead up to Christmas unless more timber was released for production.

This timber shortage was caused by the Victorian government’s decision to end native logging by 2030 as part of its ‘climate goals’.

It is now up to Victorian Premier, Daniel Andrews, to ease the pallet crisis in Australia.

“This is developing into a perfect storm ahead of Christmas: Job losses, a slow-down in manufacturing, and potential critical supermarket shortages,” said CFMEU national secretary Michael O’Connor.