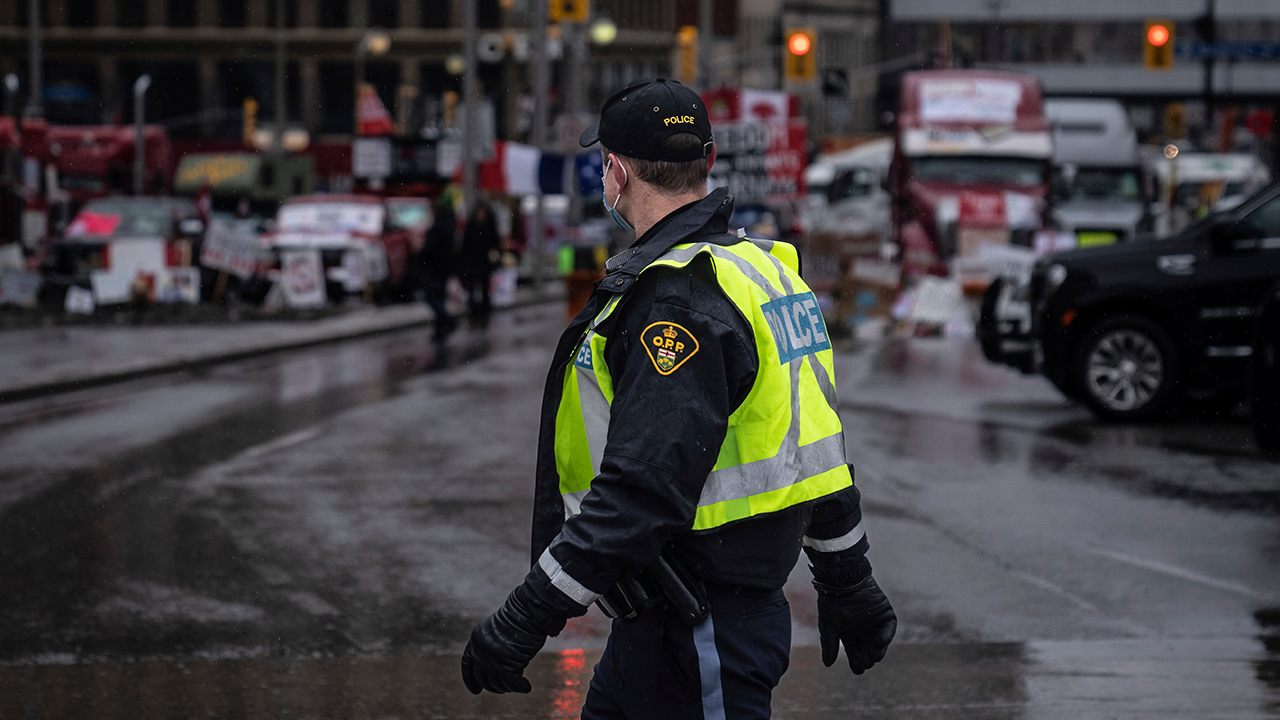 Canadian authorities have ordered all regulated financial firms to cease facilitating transactions from 34 crypto wallets tied to funding the trucker-led “Freedom Convoy” protests in Ottawa, and elsewhere across the country.

The Ontario Provincial Police and the Royal Canadian Mountain Police working with FINTRAC to investigate cryptocurrency donations supporting the protests against the country’s vaccine mandate have sanctioned the wallets following Prime Minister Justin Trudeau’s announcement earlier this week condemning the protests and invoking the Emergencies Act for the first time since the law was passed in 1988.

As previously reported on Rebel News, the truck drivers began their protests at the end of January against international travel restrictions imposed by the Canadian government, which requires cross-country drivers to be vaccinated against COVID-19. In addition to setting up camp in the Canadian capital of Ottawa, truckers blocked several international bridges and border crossings.

Canadian press outlet the Globe and Mail confirmed that police agencies ordered several crypto exchanges and financial institutions to “cease facilitating any transactions,” with all of the wallets as part of an investigation “in relation to illegal acts falling under the scope of the emergency measures act.”

“Any information about a transaction or proposed transaction in respect of these address(es), is to be disclosed immediately to the commissioner of the Royal Canadian Mounted Police,” law enforcement wrote in a letter to the financial institutions.

Coindesk reports that the donors sent more than 20 Bitcoin valued at $1.1 million CAD through alternative platforms following GoFundMe’s suspension of the crowdfund supporting the protests.

“All crowd funding platforms and the payment service providers they use now must register with the Financial Transactions and Reports Analysis Centre of Canada (FINTRAC), and must report large and suspicious transactions to FINTRAC,” an RCMP spokesperson said. “As the situation is new and quickly evolving, the RCMP is not in position to offer further information on crowdfunding through cryptocurrency at this time.”

Rebel News reported that the “Freedom Convoy” received backing from the cryptocurrency community through Tallycoin through a group of Canadian Bitcoin evangelists called HonkHonkHodl.

“In invoking the Emergencies Act, we are announcing the following immediate actions: first, we are broadening the scope of Canada’s anti-money laundering and terrorist financing rules so that they cover crowdfunding platforms and the payment service providers they use,” said Freeland.