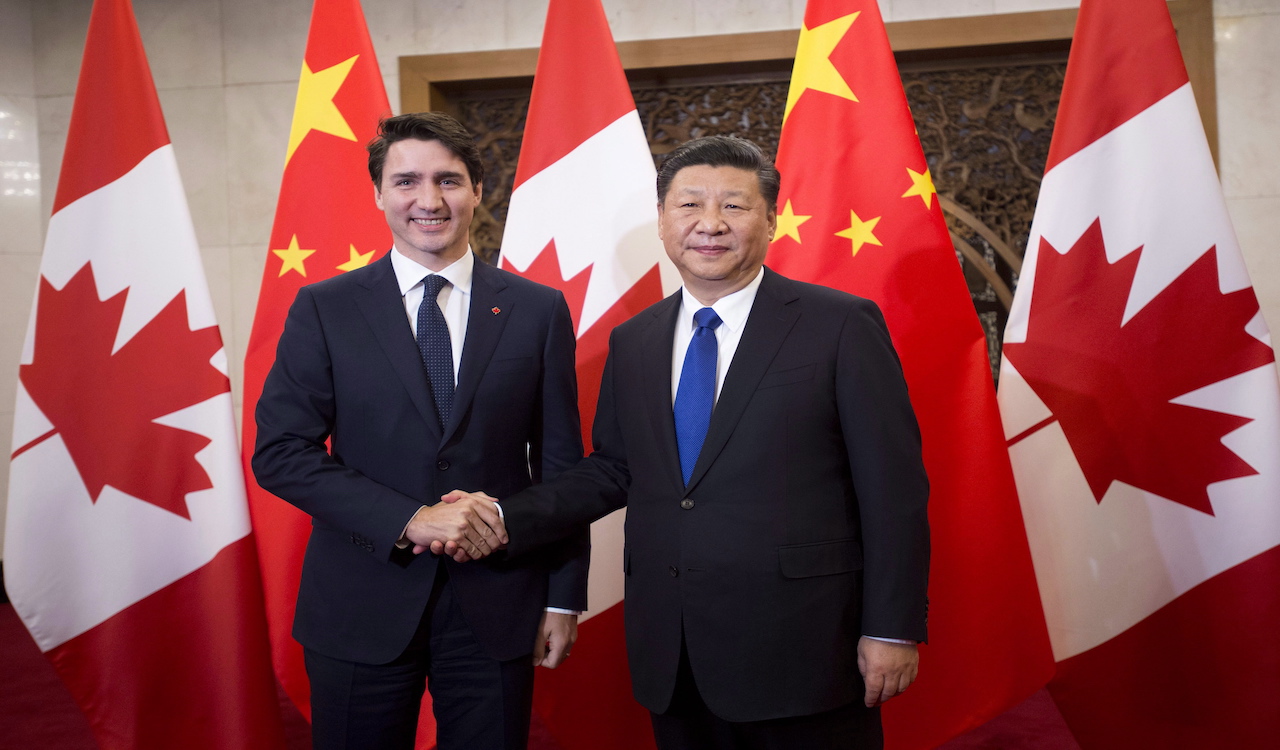 A spokesperson for the Chinese foreign ministry, Zhao Lijian stated that the Canadian government has shown “hypocrisy” and “weakness” on Wednesday, as he responded to the comments made by Trudeau.

Trudeau made the comments towards Beijing on Tuesday marking the 50th anniversary of Canada’s diplomatic ties with China.

“We will remain absolutely committed to working with our allies to ensure that China’s approach of coercive diplomacy, and its arbitrary detention of two Canadian citizens, alongside citizens of other countries around the world, is not viewed as a successful tactic by them,” Trudeau stated.

Canadian nationals Michael Spavor and Michael Kovrig are currently detained in China. In December 2018 the two men were arrested on suspicion of espionage, their arrest came following the arrest of Huawei's Meng Wanzhou in Canada.

Wanzhou was arrested on charges of fraud and conspiracy to commit fraud in order to circumvent U.S sanctions against Iran. Lijian claimed that Wanzhou’s arrest was the cause of the deterioration in Sino-Canadian relations.

At the 50th anniversary event, Trudeau also condemned Beijing’s treatment of the Uighur population of Xinjiang and expressed concern for the people of Hong Kong, criticising China’s human rights record.

Beijing has since called for Asian nations to unite against America’s “old-fashioned cold war mentality” in the latest diplomatic impasse between the two economic rivals.