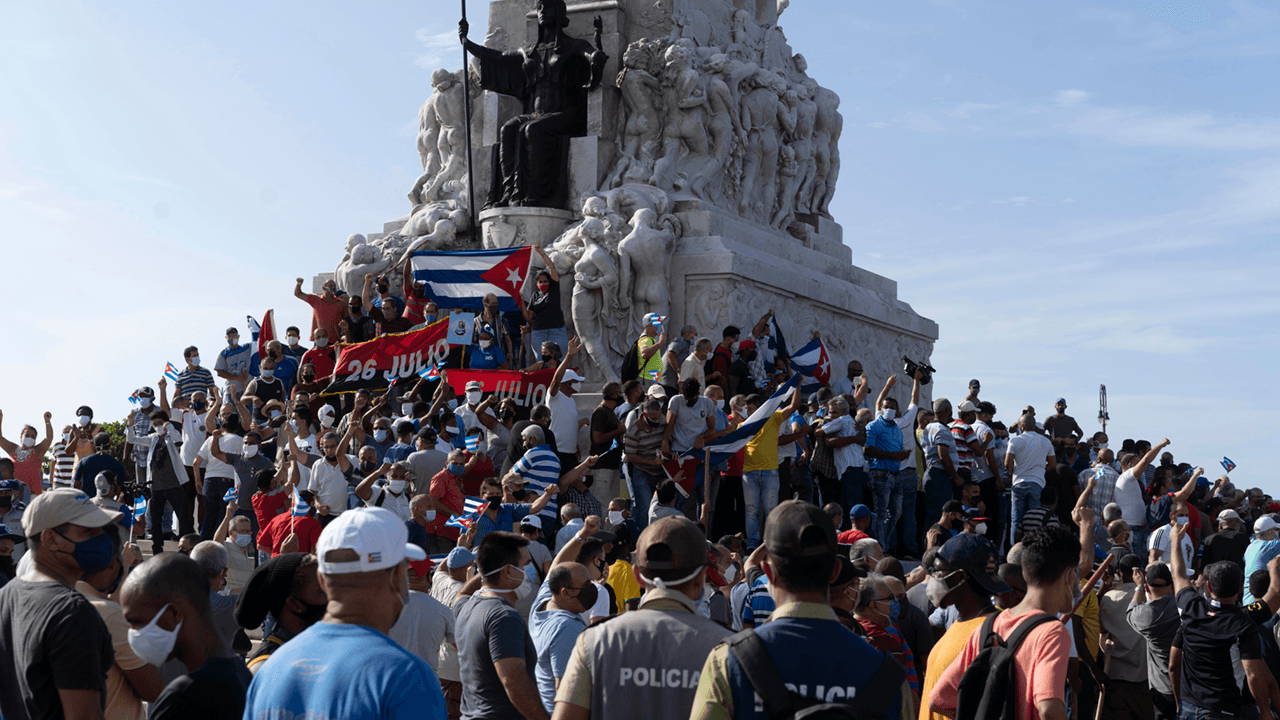 The Cuban government is using Chinese technology to block internet access as large-scale anti-communist protests sweep the country, essentially limiting the spread of videos of the protests.

Florida Republican Senator Marco Rubio posted on social media that the Cuban government uses a system made, sold, and installed by China to “control and block access to the internet.”

I warned about this earlier today.

It is happening and will continue.

By the way, they use a system made, sold & installed by #China to control and block access to the internet in #Cuba. #SOSCuba #PatriaYVida https://t.co/d3a3DkGR59

Rubio, who is of Cuban descent, earlier warned the regime would “block internet & cell phone service soon to prevent videos about what is happening to get out to the world.”

Expect the regime in #Cuba to block internet & cell phone service soon to prevent videos about what is happening to get out to the world.

A report by the Institute For War & Peace Reporting released last December noted that Etesca, the sole company in Cuba that provides internet access, has three primary technology providers that are all Chinese: Huawei, TP-Link, and ZTE.

Another report in 2017 by the Open Observatory of Network Interference (OONI), a global internet censorship watchdog, found traces of Chinese codes in both the surface and the interfaces used for wi-fi access portals in Cuba.

“Etesca’s login portal — through which Cubans access the internet — appears to have been written by Chinese developers, since its source code contains comments written in Chinese. This indicates that Etesca likely hired Chinese developers to implement the portal,” the Open Observatory of Network Interference said in their report.

In 2019, the Institute For War & Peace Reporting found that the Cuban government blocked Change.org, a site used to create petitions during a “constitutional referendum when activists campaigning for a ban on ideological discrimination in universities used the platform to make their voices heard.” In May 2020, the regime blocked Avaaz.org, a similar platform by which activists collected signatures to “repeal Decree-Law 370 that sanctions citizens over social media content.”

In 2020, the Cuban government censored social media and messaging platforms Facebook, Twitter, WhatsApp and YouTube for an entire weekend as an anti-government artist collective held a protest.

Freedom House — the “oldest American organization devoted to the support and defense of democracy around the world” — rates Cuba 22 out of 100 for internet freedom.

The group explains that “Cuba has one of the lowest connectivity rates in the Western Hemisphere.” Internet access “remains extremely expensive, connections are poor, and authorities both monitor usage and work to direct traffic to the government-controlled intranet.”