Why don’t the social distancing rules apply to Justin Trudeau? 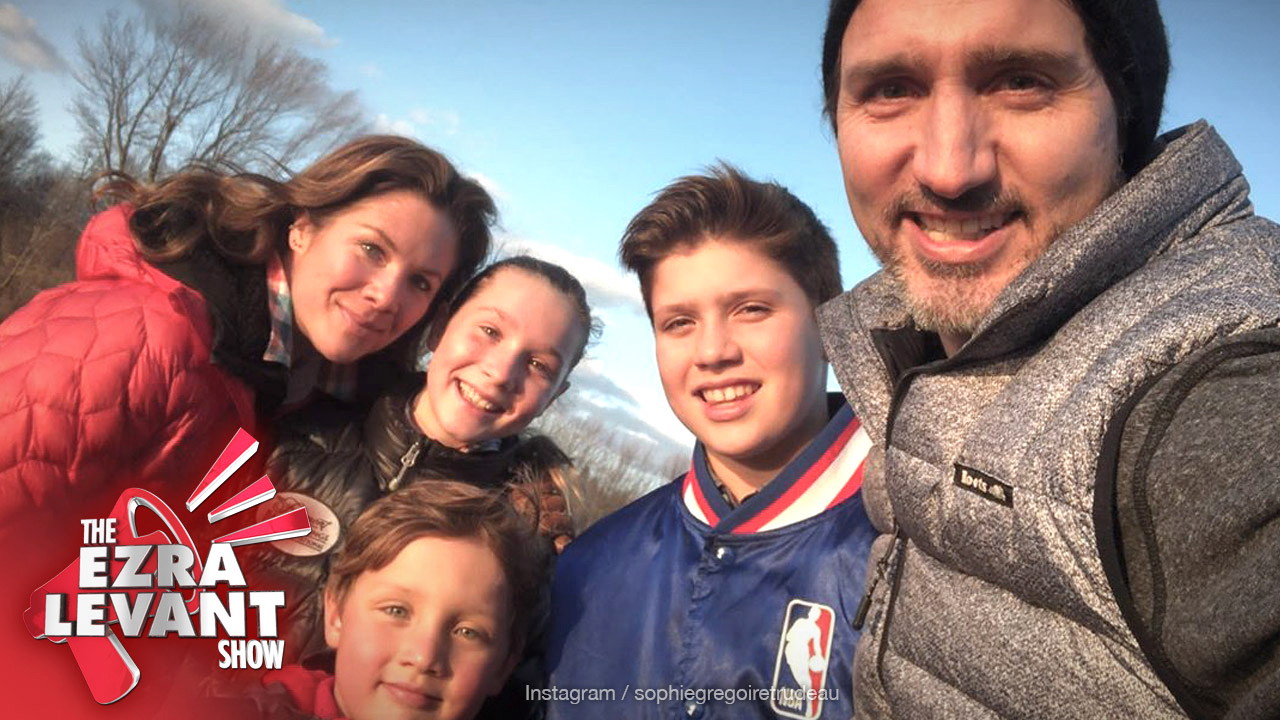 I understand “social distancing” — standing six feet away from the next person in public.

It’s what you do when you don’t have masks, and Canada doesn’t have masks, because Trudeau shipped our masks to China in February, in some weird submissive attempt to get those bullies to like him. (Spoiler alert: it didn’t work.)

Our prime minister is still in vacation mode. Hiding out in his house for a month, even though he didn’t have the virus.

And our submissive media didn’t call him out for it.

Anyway, last week, he gave a lecture to Canadians, who are basically under house arrest. You go out to walk your dog — get a ticket. A dad with his kids rollerblading — gets a ticket. And I’m talking about $8,000 fines, or more.

So we’re under house arrest. And most of us aren’t living in a 22-room house, like Trudeau is, with his wife and kids living in the government’s official country cottage, Harrington Lake.

So Trudeau goes on TV and tells us — don’t go outside, don’t go to the park, don’t travel, just stay put.

And then he immediately broke all of those rules himself.

He left his property; he crossed into Quebec and went into Gatineau park, where the cottage is — which is a violation of a Quebec provincial order. He mixed his household with his wife’s household.

And just to make sure you saw, Sophie Trudeau posted four pictures of it to Instagram. I mean, she flew to London; she got the virus, and gave it to actor Idris Elba; she flew back, then her husband just broke rules to see her — and she wants to let you know.

Now, I happen to think the rules are being overdone. I sympathize with people who are chafing under house arrest. I am too. But we’re not the people making the rules. Trudeau is. And yet he and his family boast about breaking them.

That’s happening a lot, actually. The public health officer in Scotland did the same — she just told people to stay home, and then she went out to party. But unlike Trudeau and his ilk, she at least apologized and resigned.

Yeah, not Trudeau. In fact, when a handful of journalists criticized Trudeau for that, the media party jumped to his defence!

TONIGHT I'll show you their reaction when our friend Candice Malcolm dared to post a tweet criticizing the prime minister.

They love being his errand boy. They know the rules don’t apply to Trudeau — they never do.

And they’re fine with that, as long as they can be jesters in his royal court.

NEXT: Former Conservative Party leadership hopeful Jim Karahalios was abruptly disqualified from the race, and now he's suing the Party in the Ontario Superior Court to rule that the decision was invalid.

Yesterday, the Court dismissed the Conservative Party's motion to strike the claim out of court, which means his lawsuit can go forward. Jim Karahalios joins me tonight to talk about what's next.