Canada’s little tyrants are popping up everywhere. What is this, Venezuela? 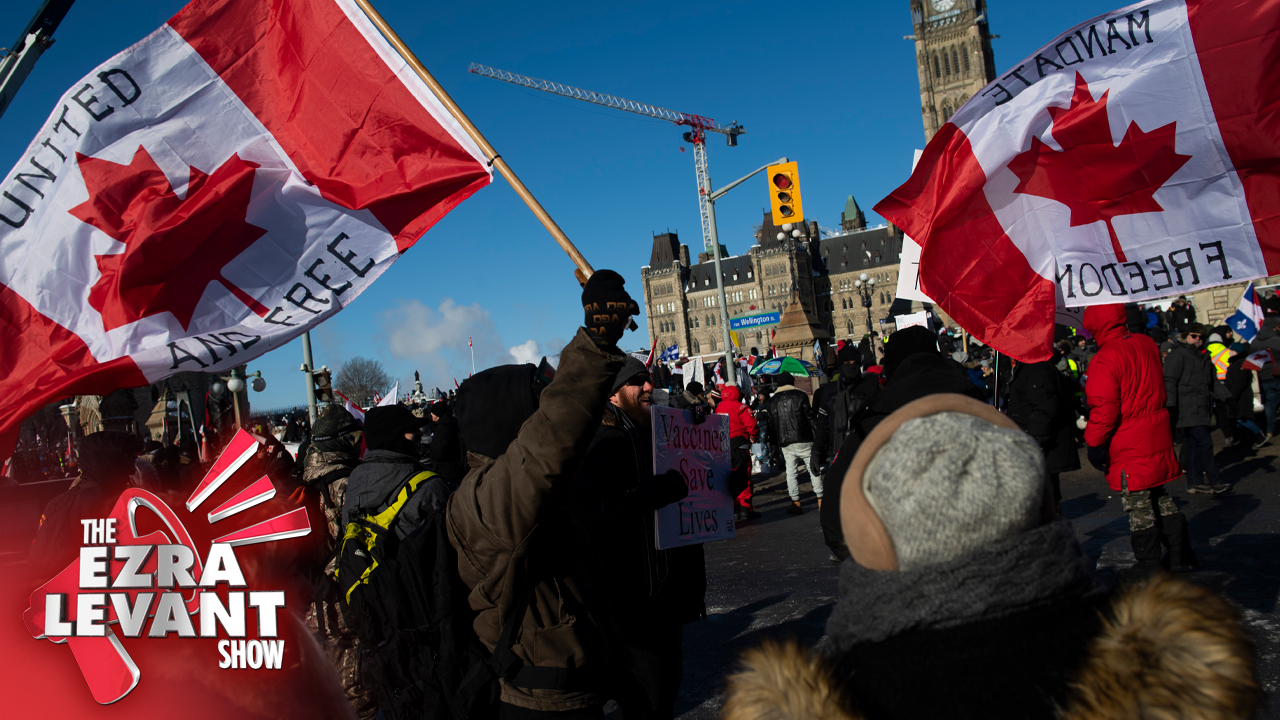 I like Evan Solomon — I think he is the most fair journalist in the entire mainstream media in Canada. An example of this is that he actually went down to Parliament Hill in the cold, amongst the trucker protesters.

In a city with literally 250 journalists assigned to cover Parliament, and with the protest literally outside their door, you’d think that they would all wander around just to see the spectacle. But I’m guessing fewer than ten did.

I say again, most of the accurate and fair coverage of the trucker convoy is from foreign sources — in the UK, Australia, the United States. In Canada, it’s almost all just amplification of Trudeau’s own talking points. Which you can expect, when 99 per cent of journalists are on Trudeau’s payroll.

Kudos to Evan Solomon for even venturing out amongst the unwashed masses, the proletariat.

I want to let you know that I think Evan Solomon is the best of the bunch.

So I was disappointed when I saw him tweet this:

So: this is something police have to explain. If the city is saying they don’t want the protest to continue, and the Mayor says so, how does this happen? https://t.co/DdrVEaeN3O

It’s a tweet showing video of some protesters being completely peaceful on the streets of Ottawa. The video isn’t what’s interesting. They’re just pushing a fuel cart.

Huh? Is a city owned by a mayor?

Look at this — the woke mayor of Ottawa saying he wants to get his mitts on the trucker convoy’s money:

Ottawa mayor, Jim Watson says police forces across Ontario and Quebec are in the city to "bolster" their services.

Adds that he wants to "tap into" the #TruckersForFreedom2022's $9 million GoFundMe to cover overtime costs.

By the way, the city is not in fact shut down by the truckers. They’re taking up the street in front of Parliament Hill, it’s true. But I was there — and in fact, police have blocked off most of the downtown. It’s the police who are restricting traffic.

In that banana republic style, the Lord Mayor of Ottawa not only wants to ban people from his streets — I mean, it’s the capital city, people! It’s for the fancy people, who haven’t lost a minute’s work or a dollar’s pay during the pandemic, they’ve got raises and got to work from home, if they worked at all, but boy they collected their pay! It’s been a feast for lobbyists and contractors and insiders, why let some noisy working men into their holy city. I love that word they keep using — desecrate. As if Ottawa itself is holy, and these grubby truckers have no place there. Shoo!

I think I mentioned this the other day — Nova Scotia isn’t just daydreaming of nationalizing someone else’s bank account, and jailing truckers. They’ve actually issued an order, specifically targeting convoy supporters, and banning them from the sides of highways.

I want to read it to you:

The Province today, January 28, issued a directive under the Emergency Management Act prohibiting protesters from blockading Highway 104 near the Nova Scotia-New Brunswick border.

OK, I understand not blockading a road. I get it. There are actually laws against that. But look at this:

The directive also applies to people who stop or gather alongside Highway 104, the Nova Scotia-New Brunswick border, or at the Cobequid Pass toll area in support of the 2022 Freedom Convoy, the Atlantic Hold the Line event, or others organized to interfere with traffic. Allowing people to gather in those areas would put themselves and others at risk.

But look at the wording: you can actually protest all you want about literally anything else in the world — just not in support of the 2022 Freedom Convoy.

This is absurd. This is transparent. This is illegal. This is unconstitutional. But they are doing it. And who is stopping them? Do you doubt that we have within us the authoritarian impulse, the impulse to dominate and destroy our enemies?

GUEST: Chad Williamson is the lawyer we're crowdfunding to represent the truckers in Coutts, Alberta. Chip in to support his legal expertise by visiting TruckerLawyer.ca.