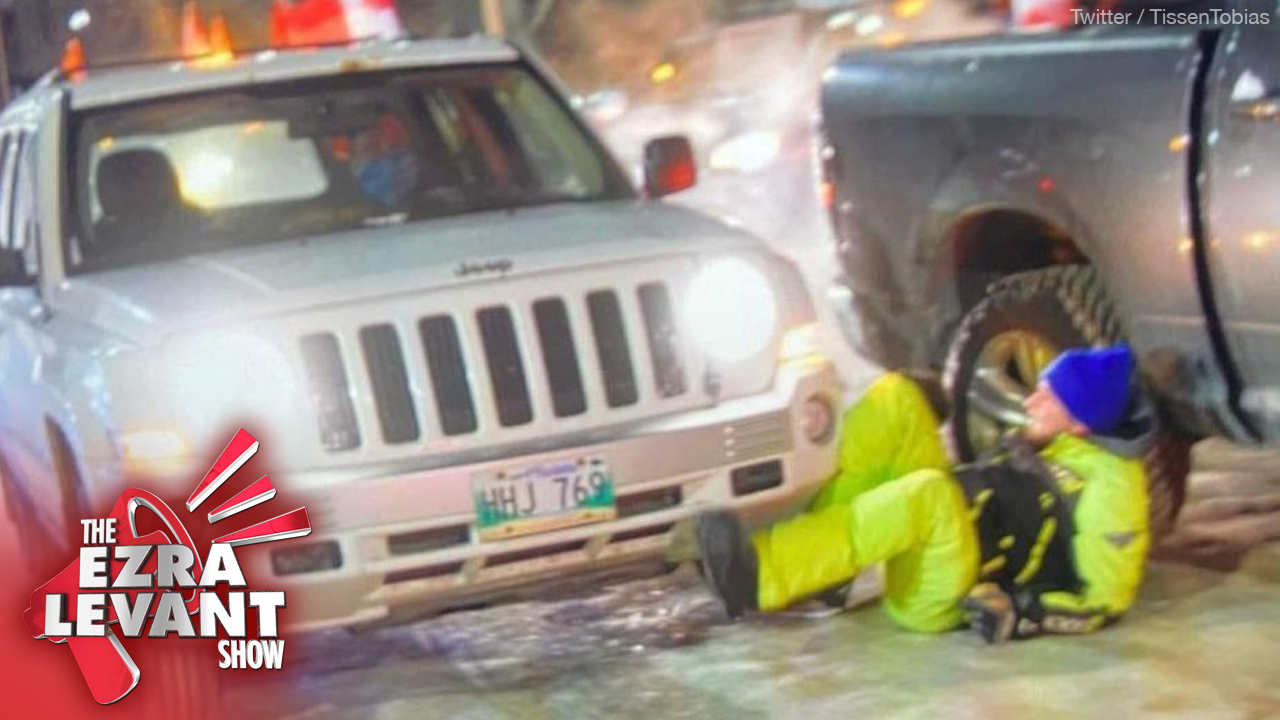 Here’s a fun clip from the weekend from our B.C. bureau chief Drea Humphrey:

🇨🇦 @MattBrevner and I had no luck finding a white supremacist at Vancouver’s Freedom Convoy today.
Check out our cross Canada convoy coverage at https://t.co/ncTEWCCvEY pic.twitter.com/FDlzdRuF3f

I tell you, there’s never a white supremacist around when you need one!

And in Canada these days, Justin Trudeau really, really needs one. He said the protesters are white supremacists.

Which normally works, but for some reason this protester — out at the Coutts border crossing — was not convinced:

OK, well if we can’t find any racists, can we at least find someone violent?

There actually was a car that plowed into people, for real. Into four people, at a trucker protest in Winnipeg.

Our reporters did some very basic digging, and found out that the suspect David Zegarac has a long history of hard-core left-wing, Antifa-style activism and violence.

But seriously. There is more demand than supply for racism and violence.

On tonight's show, I want to show you a series of tweets suggesting that some trucker was mad about people who were upset with honking, or something, so he came into a building and tried to set it on fire.

And thank God they caught him on time!

And of course they know he was a trucker because he told them, mid-arson.

And sure, they didn’t report it to the police. Rather, they reported it to Twitter, a day later, which is what anyone would do if an arsonist came into a house. And you know he’s a trucker, because of the pink hair which many truckers have.

Our reporter Lincoln Jay did what none of those Twitter warriors did — he actually went to the condo to check it out for himself. We’ll show you that video later. But really: these liars are lying — are you surprised?

I say again, this convoy has been a political earthquake. It has toppled Erin O’Toole, it might yet topple Jason Kenney, and who knows what will happen to Trudeau.

But one thing is certain: no-one will ever trust a mainstream journalist again.

GUEST: Rebel News hired lawyer David Anber (follow @DavidAnber on Twitter) — viewers might recognize him from his work on Fight The Fines — to assist protesters in Ottawa at TruckerLawyer.ca.