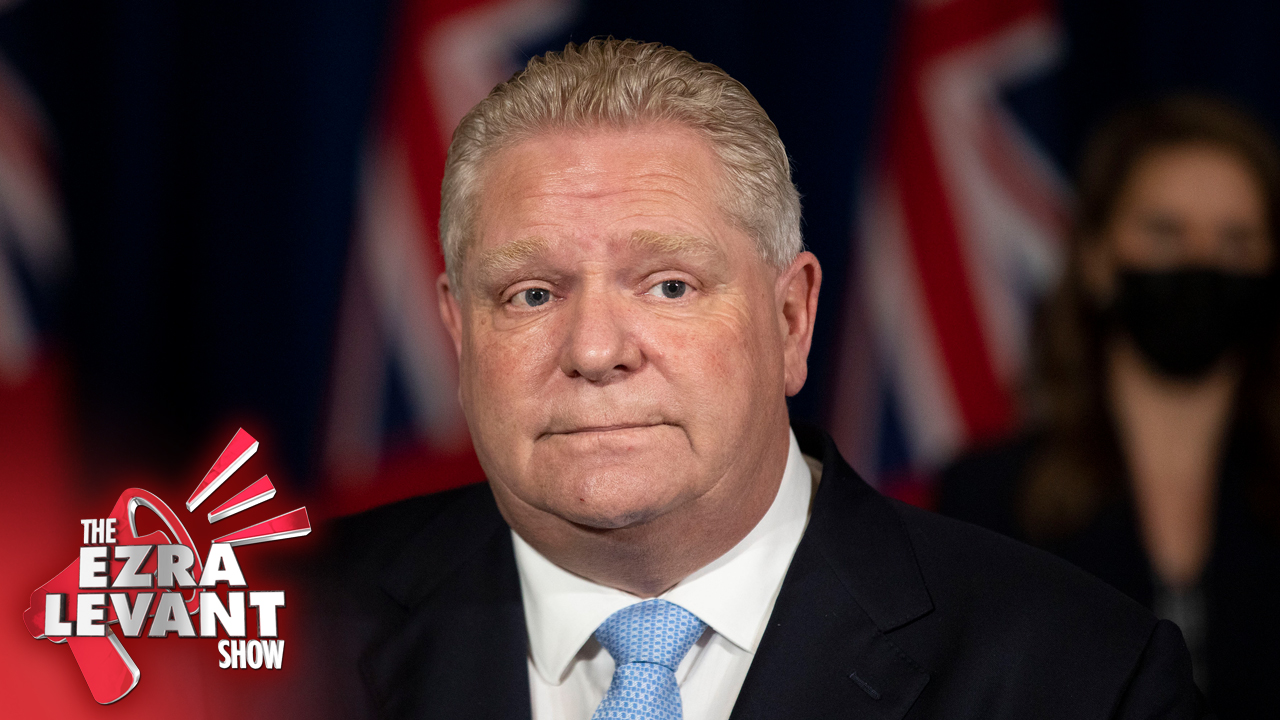 I saw this video the other day. A police officer, with a uniform and a badge and a gun, going unannounced and unprompted to a private citizen’s house to “talk to them” about a peaceful protest they were going to attend. Here, take a look:

So the police are going door to door surprising people by letting them know they’re being spied on. That’s what that was.

Last night we got a tip — someone recorded a phone call to them from Ontario Premier Doug Ford.

So 250 people had called Doug Ford just in the morning demanding an end to these vaccine mandates. And Doug Ford swore he’d do so. He’s a liar of course. But you can see that the truckers are inspiring a lot of people to call Ford.

Instead, Ford announced today he’s going to turn against the truckers with brute force:

There’s a lot in there. An illegal occupation — well, that’s not what any court has said. All the Ottawa court said was that the truckers can’t honk their air horns all night. Fair enough. And a Toronto court agreed to freeze the money just temporarily — until the truckers lawyers can present themselves.

Illegal occupation? Says who? A politician? Moments before saying he doesn’t direct police?

And I tell you again — look how easily the descent into fascism is. We’re two years into this. I remind you again that it was two years from Hitler becoming Chancellor to bringing in the Nuremberg laws; and then three more until Kristallnacht; and then another year till war; and then a few more until the Holocaust reached its peak.

I’m not saying we will go all that way. But in two years, we’ve gone pretty far. And you can see the elements — the demonization of a minority; the segregation; the cowardly judges approving it all; the media becoming propagandists; and the vanguards calling for blood.

These truckers — they’re all we’ve got left.