David Menzies was arrested again — at the request of the Conservative Party! 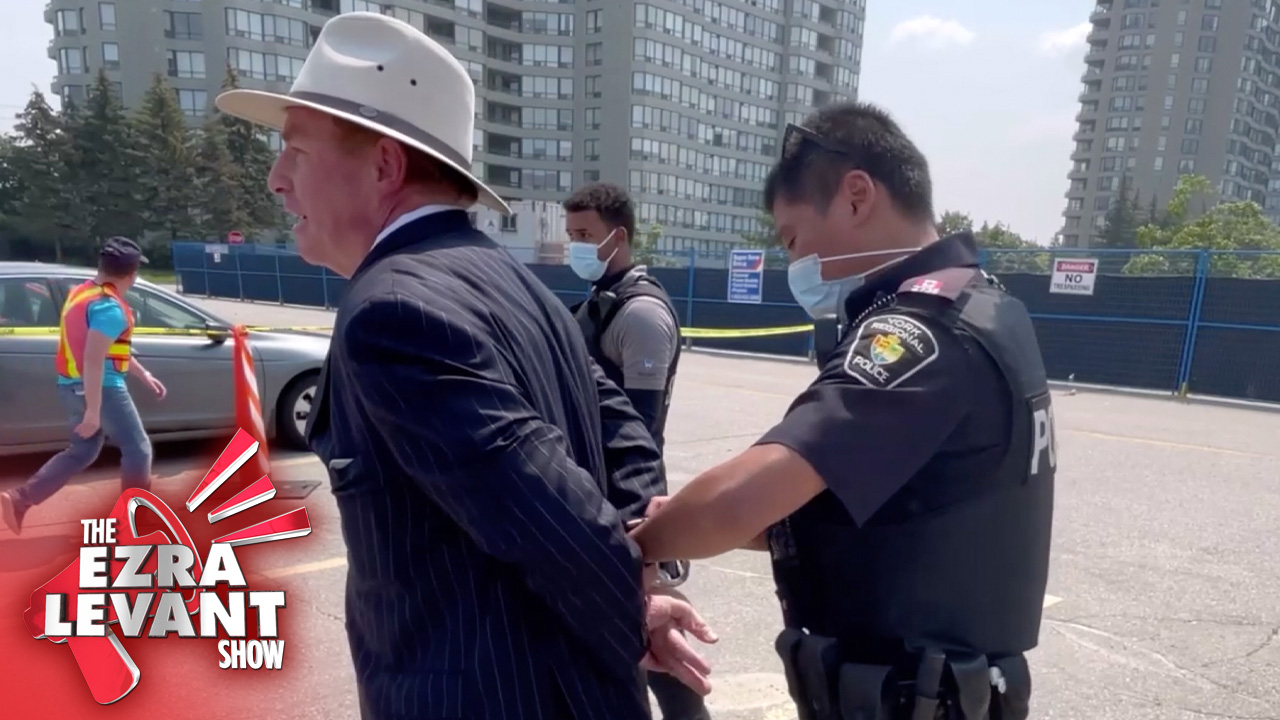 I’m getting a bit sick of our reporters being arrested. Two of our team-mates were arrested over the weekend.

First in Australia — Avi Yemini’s bodyguard was singled out of a crowd, and “grabbed” by police, smashed to the floor, handcuffed, punched and kneed.

Freedom Day in Melbourne was peaceful while police were outnumbered.

They stood down and people were literally dancing on the street.

Then they beat on everyone.

RT to show the world. pic.twitter.com/20aBwSboAm

That was Saturday in Melbourne. But then yesterday, Sunday, in the GTA.

Our reporter, David Menzies, was going to cover two political events — a Conservative event with Melissa Lantsman, and a Liberal event with Majid Jowhari.

Then I suddenly received a phone call that David had been arrested.

Erin O’Toole’s candidate called the cops on our reporter David Menzies for asking tough questions. Police arrested David so he dropped his notebook.

Watch a Conservative staffer pick it up and leaf through it, taking photos of his private notes. https://t.co/xTPTNQ7vTH pic.twitter.com/cM8VmbdDnB

Look at what happens to David’s notebook when he gets arrested.

To help you, we’ll put a bright circle around it. That woman is one of Erin O’Toole’s campaign organizers; they called the cops; then when the cops arrested David, they grabbed his notebook and rifled through it, taking photos.

That’s not legal. I think that might be theft; probably a privacy violation too; and I think you could say it’s actually obstructing a police investigation — that, and all other personal items on David were in the custody of the police during his arrest.

By the way, I think they still have it — I know they’re calling up other journalists around town and telling them what’s in the notebook, because one of those journalists told me that.

David was pushed and jostled; he was splashed with what I think was water, but I’m not sure.

And all because he asked prickly questions.

I just reviewed the videotape. David made no homophobic comments whatsoever.

You broke off the interview after David asked you questions about your work lobbying for Walmart during the lockdown. Here’s that moment. (More video to come.) pic.twitter.com/2at6QnVfwg

It wasn’t a particularly important event to cover; like I say, David was planning to pop by there just for a bit, before going to the Liberal event.

But they called the cops on him — saying he assaulted people.

See my statement below 👇 pic.twitter.com/FiOe82t8p7

Lantsman went on the offensive, to switch the subject. This wasn’t about David being arrested or David’s notebook or David having water thrown on him. It was actually all about David being very homophobic. Because Lantsman is gay.

Lantsman made her sexuality central to her campaign; and just as much, so did Erin O’Toole.

So David asked a simple question: did you win on merit, or on the basis of your sexual orientation?

I mean, I think that would be rude to any other candidate who didn’t talk about their sexuality. But for Lantsman, it’s like being a vegan or on a gluten-free diet. It’s all she talked about.

No objection by Lantsman at the time; pretty tough to write glowing op-eds about yourself being gay, but then be mad when someone asks you about it. David put the question to her in a similar phrasing a couple of times, and then he was arrested and the day was over.

But it wasn’t until close to midnight when the Lantsman campaign decided to rebrand that question as the real crisis of the day, and say she was worried for her safety about his homophobia.

We’ve set up a page at SaveMenzies.com to crowdfund to fight the charges, and to help us go on the offensive, to make sure the lady who threw the liquid on David is investigated by police, and to get on the clipboard notebook thief.

But this whole affair has me thinking about things.

I’m worried. But we’re going to continue our work. I don’t want our people arrested; we’ll make sure we’re careful; that we carefully stay within the law.

We brief our people on legal matters all the time; we'll see doing that.

But we are going to cover politicians of every stripe — Trudeau’s Liberals, O’Toole’s Conservatives, Singh’s NDP and whoever owns the Green Party at this given moment.