Who loves the riots? Who loves calling you “racist”? I'll show you. 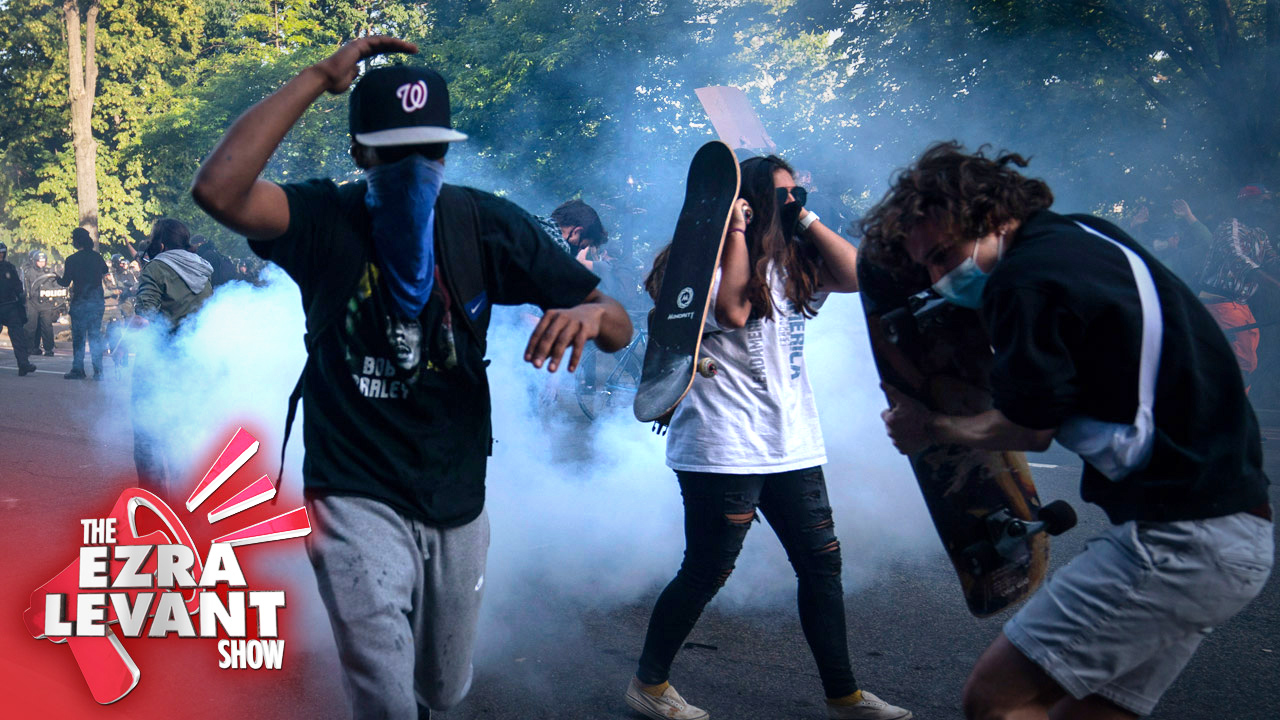 The riots across America feel unprecedented.

The looting in Manhattan seem particularly unusual. New York City one of the best police forces in the world, but they are not backed by their mayor or their governor. Andrew Cuomo botched the coronavirus pandemic, but he’s seen as a counterweight to Trump, so the media hailed him.

NYC Mayor Bill de Blasio and Andrew Cuomo despise Trump. Neither is particularly good at doing their jobs, but that suits the purposes of the Media Party — even if the bad news is created by Democrat mayors and Democrat police chiefs and Democrat governors in Democrat states, it redounds to the discredit of Donald Trump as president — the media will see to that.

Trump has almost begged Democrat governors to call in the National Guard to put down the riots. But they don’t want to do so. It’s against their ideology. And it’s against their political interest right now — they would rather see their own cities burn than see Trump reelected, and they think national chaos hurts Trump more than it hurts them.

Meanwhile, yesterday afternoon, the president walked out the front gates of the White House, and walked on the street to the nearby church that had been vandalized and torched by the mob. And he held up a Bible — why? Lots of reasons; one is, because the rule of the mob, the law of the jungle, chaos, anarchy, whatever — that’s not America’s creed.

Trump has said many sympathetic things about the killing of George Floyd, the black man in Minneapolis. I don’t think there is a single person in all of America, in any party, of any ideological stripe who supports the killing of that man.

And I don’t think there’s a single person in all of America, except Democrats and their Media Party who say that these riots, and the looting, is anything to do with racial justice, or even that particular killing. Certainly George Floyd’s brother doesn’t support the riots.

But Justin Trudeau thinks this is the time to give us racial lessons.

That’s right, the prime minister who has worn blackface so many times that he’s lost count.

TONIGHT I'll show you what he told Canadians at his morning press conference.

He says that we’re racist too, and we have so much to learn. From him, I presume — because when he condemns Canada, he never includes himself in that. He’s the solution, you see; we’re the problem:

I’m not going to take a lecture on it from Trudeau, or the rest of his cabinet that not only accepted the blackface, repeatedly, but stayed silent as he fired the first Aboriginal justice minister in history because she didn’t want to go along with his corrupt scheme on behalf of a Quebec corporate donor.

Canada has our problems, but our country is blessed from being free of many of the racial legacies in the United States, because we were part of the British Empire that abolished slavery centuries ago; we were the destination of the Underground Railroad for U.S. slaves. We don’t have national penance to do.

But that makes it all the more perfect for Trudeau.

To him, the perfect apology is one that he himself claims to have done nothing wrong; but he blames Canadians and others for some woke failure; and he offers himself up as the salvation.

NEXT: Joel Pollak of Breitbart joins me to talk about his much-discussed op-ed praising Trump's walk to the burned out church across from the White House, holding a Bible.