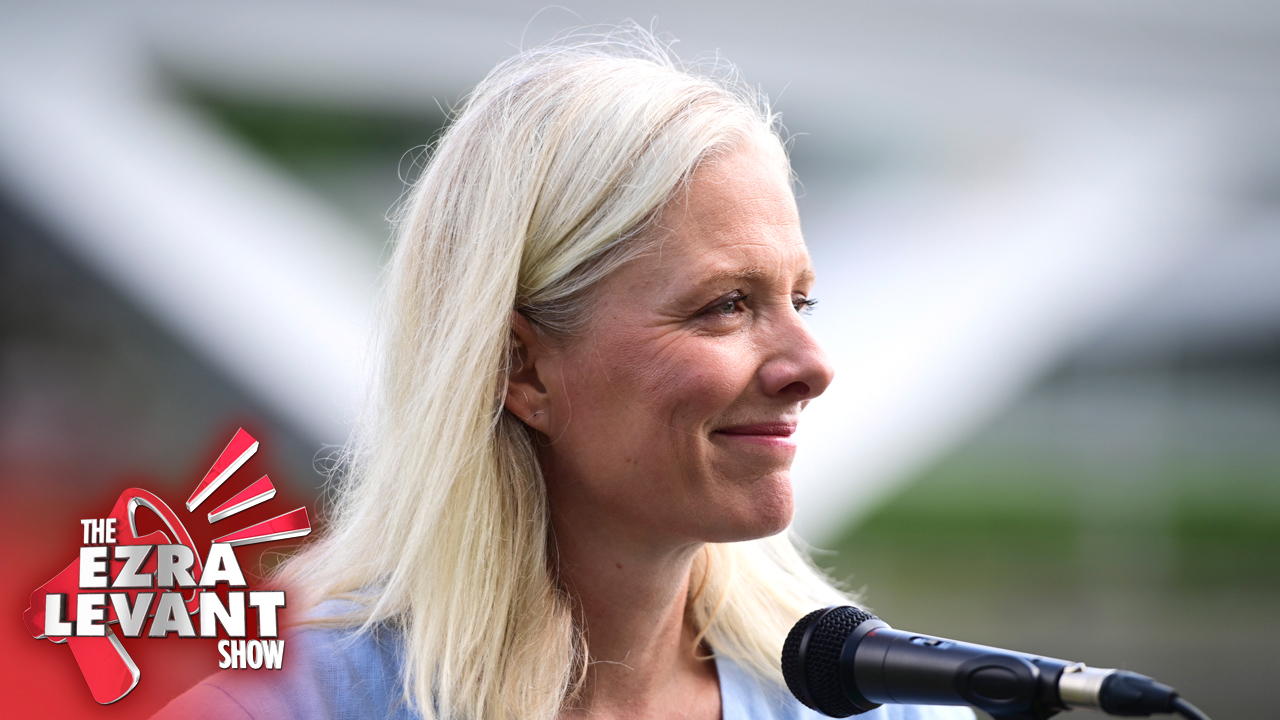 The most vain MP in Parliament is Justin Trudeau, but a very close second is Catherine McKenna.

Her first big PR splash was when she lead the most bloated delegation in history to the Paris global warming summit, just after the 2015 election. That’s when she hired a Paris fashion photographer to tag along and capture all of her magical moments.

That’s how she started her career as an MP. And she ended it in a similar flourish today.

She had a photo op to announce she’s quitting politics.

So she had a press conference to announce that she’s not running again. And it was covered, live by CBC and CTV, for 42 minutes.

It was a reminder about the collusion between the media party and the Liberal Party — really, there’s no dividing line between them. The closest thing to a tough question came from a Trudeau bail-out website called The Logic that asked her — I’m not even kidding — why she wasn’t spending more and spending faster.

And she took questions. If you could call them that. You might think that a self-described feminist like McKenna might have been asked about, oh, say, the fact that Harjit Sajjan remains in cabinet, despite lying about and covering up sexual misconduct charges, even amongst his own staff.

You might think that a self-described ally of Aboriginal people, who started off by acknowledging that she was on Indian land, you might think she would have been asked about the bizarre bigotry shown by Carolyn Bennett towards Jody Wilson-Raybould, the Justice minister fired by Trudeau, when Bennett claimed Raybould only cared about money and her pension.

McKenna endorsed Trudeau and Sajjan and all the other disgraces in cabinet, giving them her “women’s seal of approval” as they abused women.

McKenna was a nasty bully herself, of course — calling her critics “deniers”, evoking Holocaust vocabulary. But if anyone even criticized her, she played the victim card immediately, saying that any criticism of her was sexist.

People mock Trudeau for being a narcissist photo-op loving lightweight. McKenna is the same — but when people criticize her, including Sheila Gunn Reid's gentle nickname to her of being “Climate Barbie”, she went full emo, and said it was the worst thing to happen to women in modern history in Canada and shame on Sheila for being so mean.

Catherine McKenna was a failure by her own measure. The world emits more carbon dioxide than ever, if you care about that. Her beloved China emits more than the G7 countries combined.

And even Canada is growing its emissions, other than the brief dip during the last recession. Didn’t she say she’d fix all that? Maybe she never meant it. But either way, it’s a failure. As an individual politician she failed too — even Trudeau grew tired of her and demoted her.

In her self-congratulations today, she said she wants to make way for someone more diverse than her.

But that’s just another lie — she’s making way for an old, white, rich man, a globalist named Mark Carney, the former central bank governor who wants to come back to Canada, enter Parliament, and succeed Trudeau.

How will McKenna be remembered?

I think as a cry-bully, who loved to attack others, but the moment her outrageous conduct was criticized, even gently, she played the victim card, and taught other women and girls that when the going gets tough, and answer is to complain and say it’s because you’re a girl.

I think she’ll be remembered as a bitter partisan with deep ethical problems, who collaborated in firing authentic women, who probably could be called feminist heroes.

But mainly, she’ll be remembered as the cabinet minister who went into a Newfoundland bar, got drunk, and then said the quiet part out loud: the secret to success, she said, was just to tell a lie over and over again.

Yeah, that’s Catherine McKenna. In her own words.

GUEST: Sheila Gunn Reid (@SheilaGunnReid on Twitter) with news about Pastors Artur and Dawid Pawlowski, as well as Chris Scott of the Whistle Stop Cafe and Pastor Tim Stephens.