Doug Ford wants to lock down Ontario, even though the pandemic is over 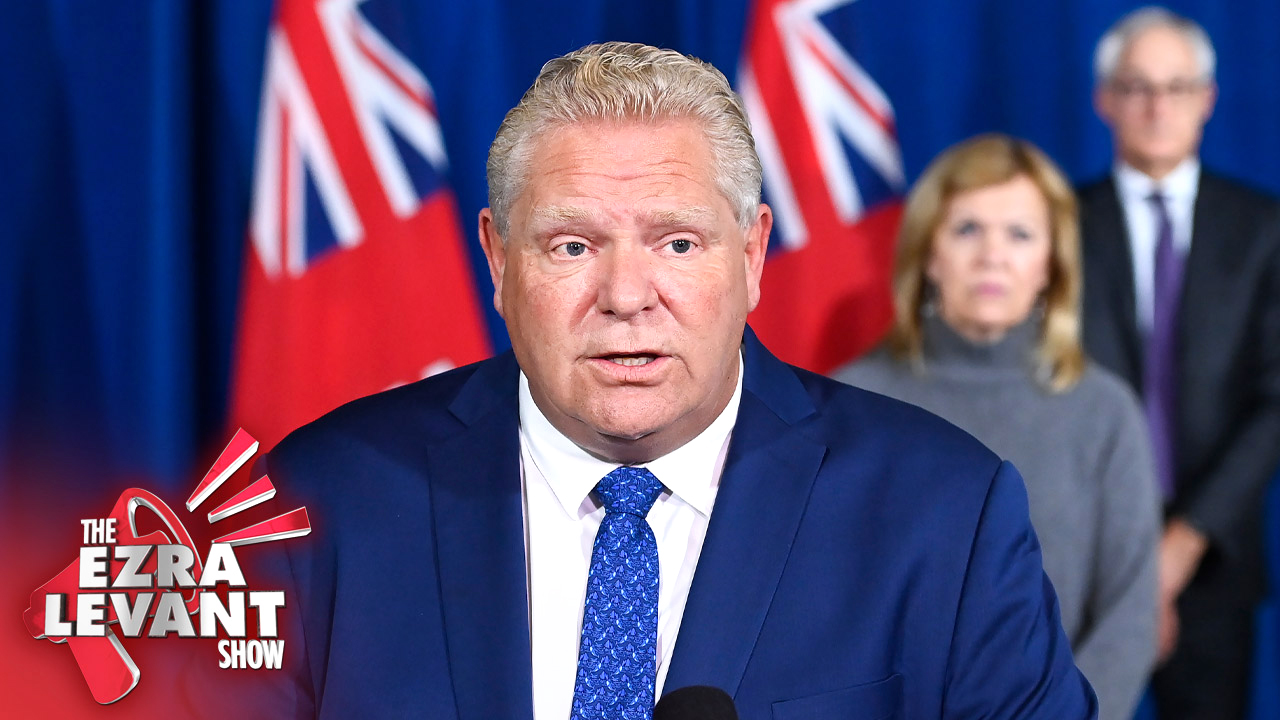 The pandemic is over. You know that.

Mathematically, it was actually just a Quebec pandemic.

Yes, the “daily new cases” stats are up in Ontario. But that’s just people who feel completely healthy getting a test that says they have it. Half of those are false positives, according to the public health officials.

And the number of people in the hospital is pretty flat. Then there are "daily deaths." The government suddenly added more than 100 deaths to the count — and made the bizarre decision to put them on the graph on Friday. Even though they died months ago. They’re just manipulating the data. Why?

So they died in the spring or summer. But they’re being rolled out today to spike the graph now?

I mention Ontario specifically because the so-called conservative premier here as simply stopped being conservative.

Doug Ford is just doing whatever the big government public health bureaucracy tells him to do. And he’s getting a really authoritarian tone about him:

Effective immediately: Face coverings are mandatory in all public indoor settings across Ontario.

Everyone must follow the public health guidelines if we are going to stop the spread and contain the 2nd wave. pic.twitter.com/rm1VQP8O0K

So when he said effective immediately, did he mean at 1:15pm? And what did he mean by public indoor settings? Like an office? Like a restaurant? Surely there are exemptions — like there are for people who have breathing problems, and children, right?

As you may know from our great website MaskExemption.ca, there are different rules in every jurisdiction in Canada. Like the age of kids exempt, for example. So what are the rules?

Does a premier tweeting constitute an enforceable law? Nothing debated in the legislature; nothing voted on?

Finally today I see that the website is indeed updated, with plenty of rules.

TONIGHT I'll take you through those new rules.

But this is still a medically baseless law; a statistically baseless law — the pandemic peaked in Canada in mid-April, not mid-August. It’s a law designed to ratchet up fear; to justify ongoing meddling; to make the crisis permanent.

This is madness. But you’d expect it from Theresa Tam and Justin Trudeau. But from Doug Ford?

NEXT: The media has been going crazy over President Trump's COVID-19 diagnosis, and Andrew Lawton of True North joins me to discuss this hysteria.