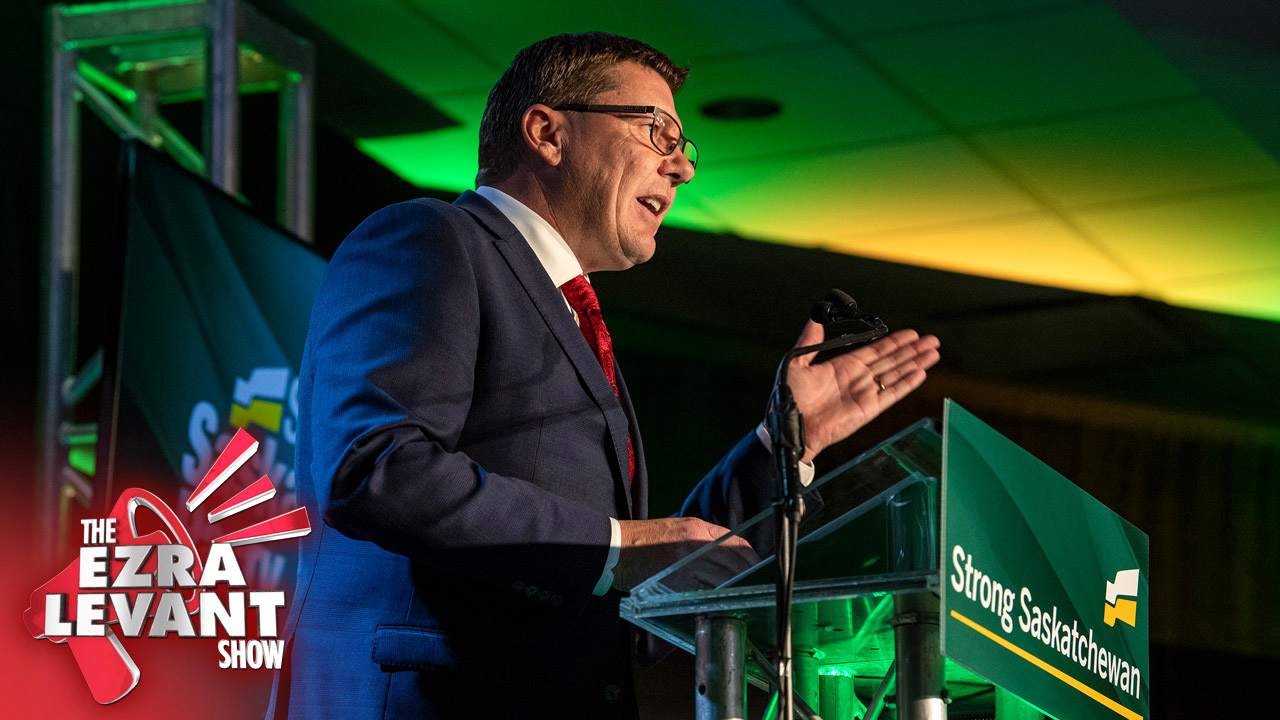 Saskatchewan voted last night. No big surprise — the Saskatchewan Party dominated the race. Which is quite something — it’s their fourth win in a row.

I remember when that province was called Red Square — it was just rock solid NDP forever. Not anymore — the culture of the whole place has been changed.

What’s interesting to me is the third place party, the newly formed Buffalo Party. It’s still very tiny — just under 3 per cent. But they were just created, and they only ran in a few seats. And they still came in third.

Saskatchewan is staying the course as perhaps the most conservative province in the country.

Last night in Toronto Centre, the most Liberal of all the ridings, the riding Bill Morneau scuttled away from in disgrace as he took the blame for the WE charity fiasco, the Liberals won again.

In the last two elections, Bill Morneau got almost exactly 57 per cent both times.

But they were chopped down by 15 percentage points, winning with 42 per cent. A win is a win, but Liberal candidate and 9/11 truther Marci Ien came within striking distance of losing. Annamie Paul, the newly minted Green Party Leader, roared ahead to clock in at just under 33 per cent. That’s got to be the best the Green Party has done in Ontario, probably ever.

Look a bit north, to York Centre, where another Liberal MP resigned to cause a by-election. The Liberal won this riding last night too, but it was much closer:

The Tory and the Liberal were trading places for much of the night and in the end, the Liberal won by only the margin of voter fraud — just 700 votes.

The pandemic has strengthened incumbents, at least in Canada. Except Trudeau.

Maybe it’s because these are just by-elections, so voters can take risks, knowing that the shape of the entire national government is not at stake. But still — it’s not as encouraging for Trudeau as the daily media party love-in would suggest.

And it makes me all the more curious and excited about what may come in seven days in the U.S. election.

If Trump wins again next week, which is a real possibility, you’ll see riots — and probably even suicides on the left.

NEXT: We send David Menzies to Caledonia to report the other side of the story, and he joins me tonight to talk about what happened.