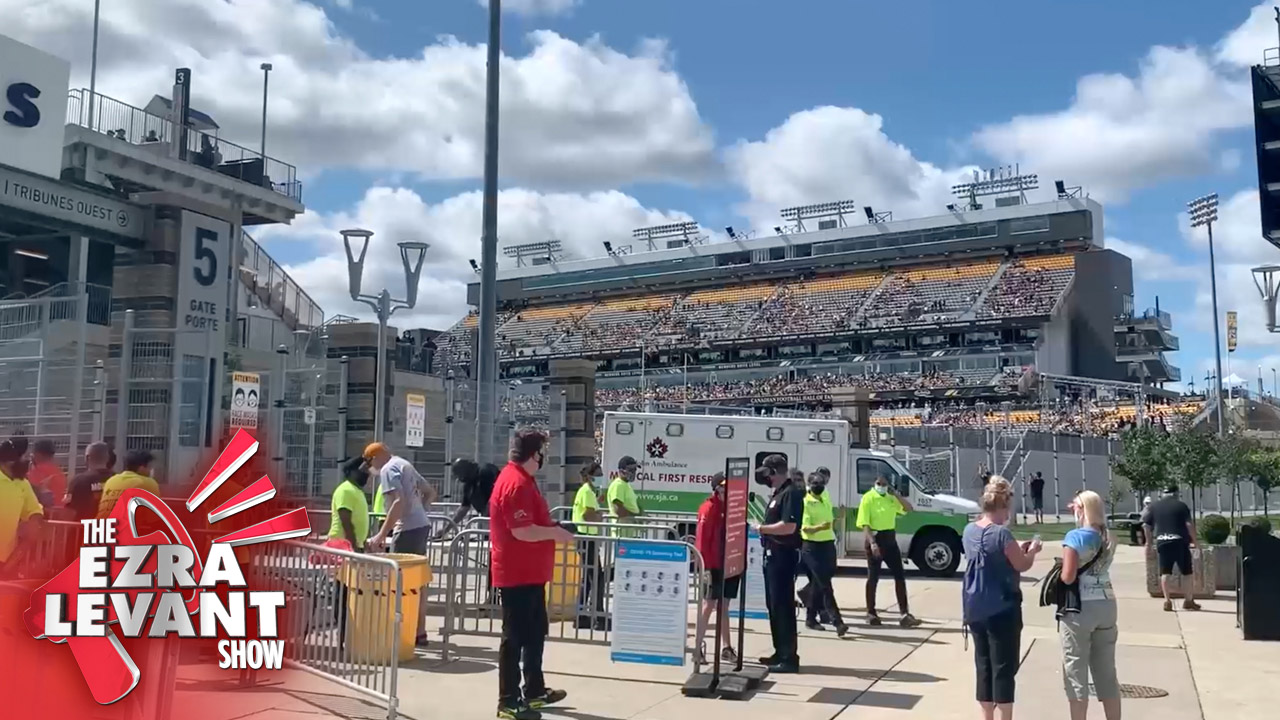 David Menzies steps in to guest host for Ezra Levant.

Mature language is used in the footage shown in tonight's guest segment.

Why do the Hamilton Tiger-Cats advance the deadline for vaccination? Was this virtue-signaling of the corporate kind? Was this about the football team scoring brownie points from the Covid-Karens? Or is Ticats owner Bob Young really that terrified of the Wuhan virus?

Incredibly, despite the double-jab rule at Tim Hortons Field, face masks were still required. As was social distancing. Well, that’s not entirely true.

Gee, I guess the virus hates cheapskates but respects the deep-pocketed? Yeah… that’s the ticket. Not that I was allowed to buy a ticket, mind you. And so it was that stadium capacity was capped to 15,000 fans for a venue that seats 26,000… and yet, just a couple of days earlier, the Wolverines had 109,000 fans pack the Big House in Ann Arbour, Michigan.

Tell me again how is science dictating the COVID decisions? Because I can’t figure things out…

I caught up with one banished Tiger-Cats fan who ended up taking in the football game on TV at a nearby sports pub. He remains a fan of the club, even though it appears he’ll never be able to see another CFL game live again – unless, of course, he gets double-jabbed.

FINALLY: We sued Trudeau in Federal Court today. So what happened?