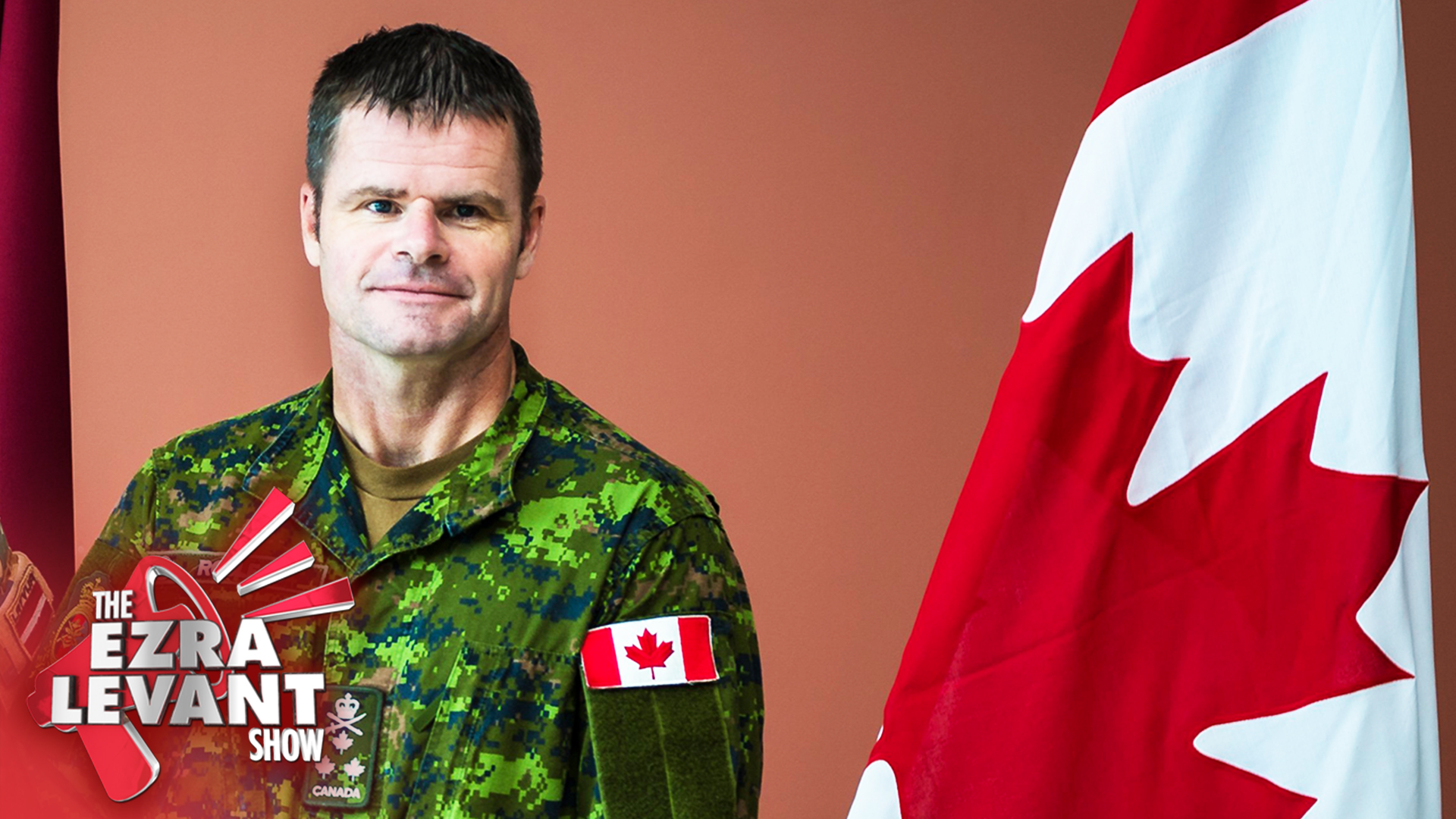 Important story in the National Post today: the Canadian Armed Forces conducted an “information operation” against Canadian citizens last year, in support of Trudeau’s lockdown message. It was a psychological manipulation of our own people.

This is shocking; this is totally in keeping with Trudeau’s authoritarian stance. It’s what you’d expect from a military in an authoritarian regime, say, like China.

But how about us? Our own military is conducting exercises against us. At least in Australia they show their face — here, they engage in psy-ops against us. Let me read:

Military leaders saw pandemic as unique opportunity to test propaganda on Canadians, report says. A plan devised by the Canadian Joint Operations Command relied on propaganda techniques similar to those employed during the Afghan war.

Test propaganda on Canadians. Are they still doing that? Well, that’s the thing about propaganda. It often doesn’t work as well if you tell people you’re doing it.

Some propaganda is “white” propaganda — it’s like a public service announcement. You see who’s saying it, and you can understand why. You know who is trying to manipulate you — it’s like any other advertisement. Grey propaganda is a bit vague, but you still know what’s going on. Black propaganda is when you’re being tricked; for example, we just now learned — from the New York Times, no less — that the January 6 “insurrection” on Capitol Hill was actually led by FBI informants and undercover agents.

That’s a kind of propaganda — do something provocative, but with a hidden hand, a false flag, to cause disrepute to your enemy. You expect that in politics; you just don’t usually expect it from the FBI. The FBI did that in the plot to kidnap the governor of Michigan. That was timed to embarrass the Republicans in a key state on the eve of the election — turns out the entire project was quarterbacked by the FBI, who were manipulating guys in MAGA hats.

That’s a kind of black propaganda. Was that what the Canadian Armed Forces did under Trudeau, to discredit the anti-lockdown movement? I saw some inauthentic activity and called it out at the time when this guy, Lamont Daigle, showed up all of a sudden, with a corporate logo and professionally-produced signs and just declared himself the leader of the anti-lockdownists in Toronto.

And then he started calling for violence again and again. Who was he? A narc, a fed? A Canadian Armed Forces asset?

Yeah, is that was the army was doing? And would they admit to it?

We know that Grant Bristowe, who ran the Heritage Front, a racist organization that got huge press for years — we later learned that he was a CSIS agent, paid by the government not only to gin up racist fears, but also to discredit the newly created Reform Party.

Is that what’s happening again?

I’ll read from the story. It’s so rare that Trudeau’s Postmedia, the largest recipient of his bail-out money in Canada, does investigations like this, we’ve got to give them credit when they do. Good for them:

Canadian military leaders saw the pandemic as a unique opportunity to test out propaganda techniques on an unsuspecting public, a newly released Canadian Forces report concludes.

The federal government never asked for the so-called information operations campaign, nor did cabinet authorize the initiative developed during the COVID-19 pandemic by the Canadian Joint Operations Command, then headed by Lt.-Gen. Mike Rouleau.

But military commanders believed they didn’t need to get approval from higher authorities to develop and proceed with their plan, retired Maj.-Gen. Daniel Gosselin, who was brought in to investigate the scheme, concluded in his report.”

The propaganda plan was developed and put in place in April 2020 even though the Canadian Forces had already acknowledged that “information operations and targeting policies and doctrines are aimed at adversaries and have a limited application in a domestic concept.”

Limited? Why is the army being used against us, at all?

The plan devised by the Canadian Joint Operations Command, also known as CJOC, relied on propaganda techniques similar to those employed during the Afghanistan war. The campaign called for “shaping” and “exploiting” information. CJOC claimed the information operations scheme was needed to head off civil disobedience by Canadians during the coronavirus pandemic and to bolster government messages about the pandemic.

A separate initiative, not linked to the CJOC plan, but overseen by Canadian Forces intelligence officers, culled information from public social media accounts in Ontario. Data was also compiled on peaceful Black Lives Matter gatherings and BLM leaders. Senior military officers claimed that information was needed to ensure the success of Operation Laser, the Canadian Forces mission to help out in long-term care homes hit by COVID-19 and to aid in the distribution of vaccines in some northern communities.

BLM organizers have questioned why military officials gathered information on their initiative, pointing out they followed pandemic rules and did not hold any gatherings outside LTC homes."

Who else did they spy on? BLM haven’t really been active in the anti-lockdown movement. They led other protests. But the big, sustained protests in Canada have been freedom-oriented. Who was spied on?

Were we? We’re active on social media — what is Trudeau’s government doing about that? Are they spying on us?

Again, I mean. As you know, the Canadian Armed Forces has spied on Rebel News before — they hired a military contractor at the University of Arkansas at Little Rock to do a cyber-analysis of us, and — get this — they claim we are conducting an “information operation” to get Jagmeet Singh elected.

I’m serious. They’re embarrassingly stupid, but that’s the not the point. The point is we know they’re spying on us already.

Gosselin’s investigation discovered the plan wasn’t simply the idea of “passionate” military propaganda specialists, but support for the use of such information operations was “clearly a mindset that permeated the thinking at many levels of CJOC.” Those in the command saw the pandemic as a “unique opportunity” to test out such techniques on Canadians.

The views put forth by Rear Adm. Brian Santarpia, then CJOC’s chief of staff, summed up the command’s attitude, Gosselin noted in his report. “This is really a learning opportunity for all of us and a chance to start getting information operations into our (CAF-DND) routine,” the rear admiral stated.

The command saw the military’s pandemic response “as an opportunity to monitor and collect public information in order to enhance awareness for better command decision making,” Gosselin determined.

Gosselin also pointed out CJOC staff had a “palpable dismissive attitude” toward the advice and concerns raised by other military leaders.”

OK, so they were spying on people. On political opponents of the govnerment. And they laughed at any concept of oversight.

But did they engage in outward-bound propaganda? Spying on us is creepy. But what did they do with it?

There is an ongoing debate inside national defence headquarters in Ottawa about the use of information operations techniques. Some public affairs officers, intelligence specialists and senior planners want to expand the scope of such methods in Canada to allow them to better control and shape government information that the public receives. Others inside headquarters worry that such operations could lead to abuses, including having military staff intentionally mislead the Canadian public or taking measures to target opposition MPs or those who criticize government or military policy.”

Did that happen? Did the CAF mislead the public? There has been lots of propaganda about how bad the pandemic is; about how you must be locked down and give up your rights. Was the army involved in that?

Military propaganda training and initiatives within Canada over the last year have proved to be controversial.

The Canadian Forces had to launch an investigation after a September 2020 incident when military information operations staff forged a letter from the Nova Scotia government warning about wolves on the loose in a particular region of the province. The letter was inadvertently distributed to residents, prompting panicked calls to Nova Scotia officials who were unaware the military was behind the deception.”

That’s what I mean by black propaganda, or grey propaganda. People felt manipulated, but they didn’t know who was doing it and why.

Yet another review centred on the Canadian Forces public affairs branch and its activities. Last year, the branch launched a controversial plan that would have allowed military public affairs officers to use propaganda to change attitudes and behaviours of Canadians as well as to collect and analyze information from public social media accounts.

The plan would have seen staff move from traditional government methods of communicating with the public to a more aggressive strategy of using information warfare and influence tactics on Canadians. Included among those tactics was the use of friendly defence analysts and retired generals to push military PR messages and to criticize on social media those who raised questions about military spending and accountability.”

But now we have to put the military into the category of untrustworthy liars, too. And they know it:

Several months ago, Acting Chief of the Defence Staff Gen. Wayne Eyre and DND deputy minister Jody Thomas acknowledged in an internal document that the various propaganda initiatives had gotten out of control. “Errors conducted during domestic operations and training, and sometimes insular mindsets at various echelons, have eroded public confidence in the institution,” noted a June 9, 2021, message signed by Eyre and Thomas. “This included the conduct of IO (Information Operations) on a domestic operation without explicit CDS/DM direction or authority to do so, as well as the unsanctioned production of reports that appeared to be aimed at monitoring the activities of Canadians.”

Yeah. We don’t trust many institutions anymore, do we? But that doesn’t seem to matter to those institutions. I mean, what are you going to do about it, really?