“Does it bother you that the network you work for out and out lied, just outright lied about me taking horse dewormer?” 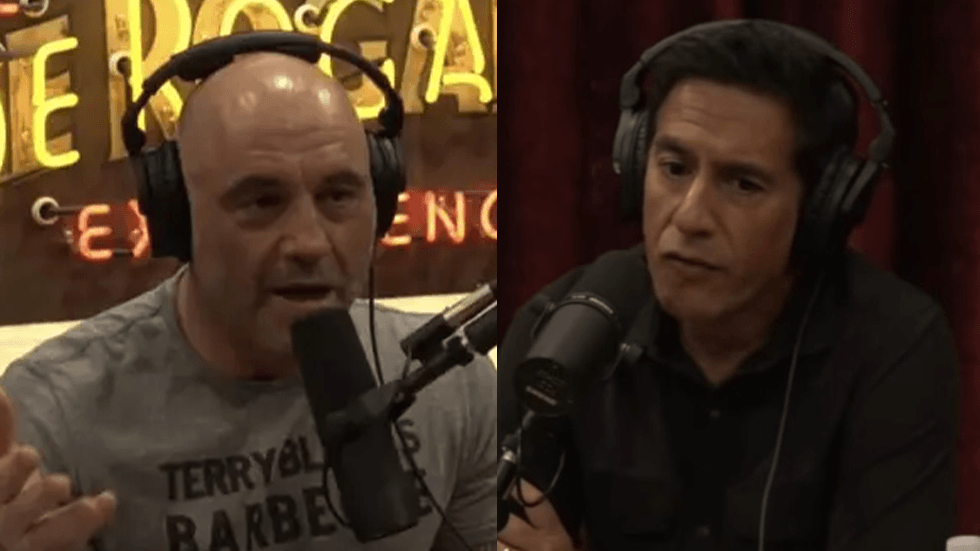 On Wednesday’s The Joe Rogan Experience episode, the popular commentator grilled Gupta with questions about why somebody like him, who already got COVID and recovered, and has the antibodies for it, requires the vaccine.

“By the way, I'm glad you're better,” Gupta replied, sheepishly.

Rogan responded, “Thank you. You're probably the only one at CNN who's glad… The rest of them are all lying about me taking horse medication.”

“That bothered you,” Gupta replied.

“It should bother you too,” Rogan countered. “They're lying at your network about people taking human drugs versus drugs for veterinary.”

The so-called “horse dewormer,” Ivermectin, is often prescribed for humans for the very same reason it is prescribed to domesticated animals. Rogan took issue with CNN’s reference to the over-the-counter drug as a horse dewormer, as a means to mock his consumption of Ivermectin.

“Calling it a ‘horse dewormer’ is not the most flattering thing, I get that,” Gupta admitted.

“It's a lie,” Rogan said plainly. “It's a lie on a news network… and it's a lie that they're conscious of. It's not a mistake. They're unfavorably framing it as veterinary medicine.”

The Food and Drug Administration released a public service announcement telling people, “You are not a horse. You are not a cow,” Gupta pointed out.

Rogan continued to call out CNN’s coverage of Ivermectin, which he says has been “given out to billions and billions of people,” and won a Nobel prize.

As Reuters fact-checkers point out, the drug received a Nobel prize in 2015 for the treatment of parasitic infections, but it does not prove its efficacy on COVID-19.

“Why would they lie and say that's horse dewormer?” Rogan asked. “I can afford people medicine motherf---er. It's ridiculous! It's just a lie! Don't you think that a lie like that is dangerous on a news network when you know that they know they're lying?… Do you think that that's a problem that your news network lies?”

“What did they say?” Gupta replied.

Rogan informed Gupta that his treatment of Ivermectin was prescribed to him by a doctor, and forced the talking head to admit that the drug “shouldn’t be called” horse dewormer.

“Does it bother you that the network you work for out and out lied, just outright lied about me taking horse dewormer?” Rogan pressed on.

“They shouldn't have said that,” Gupta admitted.

“Why did they do that?” Rogan questioned.

“You didn't ask? You're the medical guy over there!” Rogan exclaimed.

“I didn't ask,” Gupta admitted, apparently unprepared for the lashing he would receive. “I should've asked before coming on this podcast.”

Joe Rogan asks Sanjay Gupta if it bothers him that CNN outright lied about Rogan taking horse dewormer to recover from covid. This is fantastic: pic.twitter.com/PEgJqIXhSD

Gupta rejected Rogan’s claim that CNN’s hosts were expressing “such glee” before Rogan played a clip of CNN anchor Erin Burnett referring to Ivermectin as a “livestock drug.”

“Well, it’s more Brian Stelter who was the gleeful one. The point is, that’s a lie,” Rogan remarked.

Gupta appeared to be weary from the exchange, saying, “it can be used for humans, I get it!”

“Yeah, they shouldn't have done that," Gupta conceded. "I don't know if it's defamatory."

Rogan continued, attacking CNN for refusing to report on how he tested negative for COVID-19 within five days of his regimen, and that he “felt great” following the ordeal.

In a separate segment on his show, Rogan grilled Gupta over vaccinating children and natural immunity, questions to which Gupta was unable to provide adequate answers.

WATCH THIS: Joe Rogan annihilates @drsanjaygupta over vaccinating children. Sanjay seems utterly lost here; almost as if he's never been challenged on this outside of the imploding television medium of 30 sec scripted sound bites and groupthink circle jerks. #FreedomFlu pic.twitter.com/dUOyPN6JAi