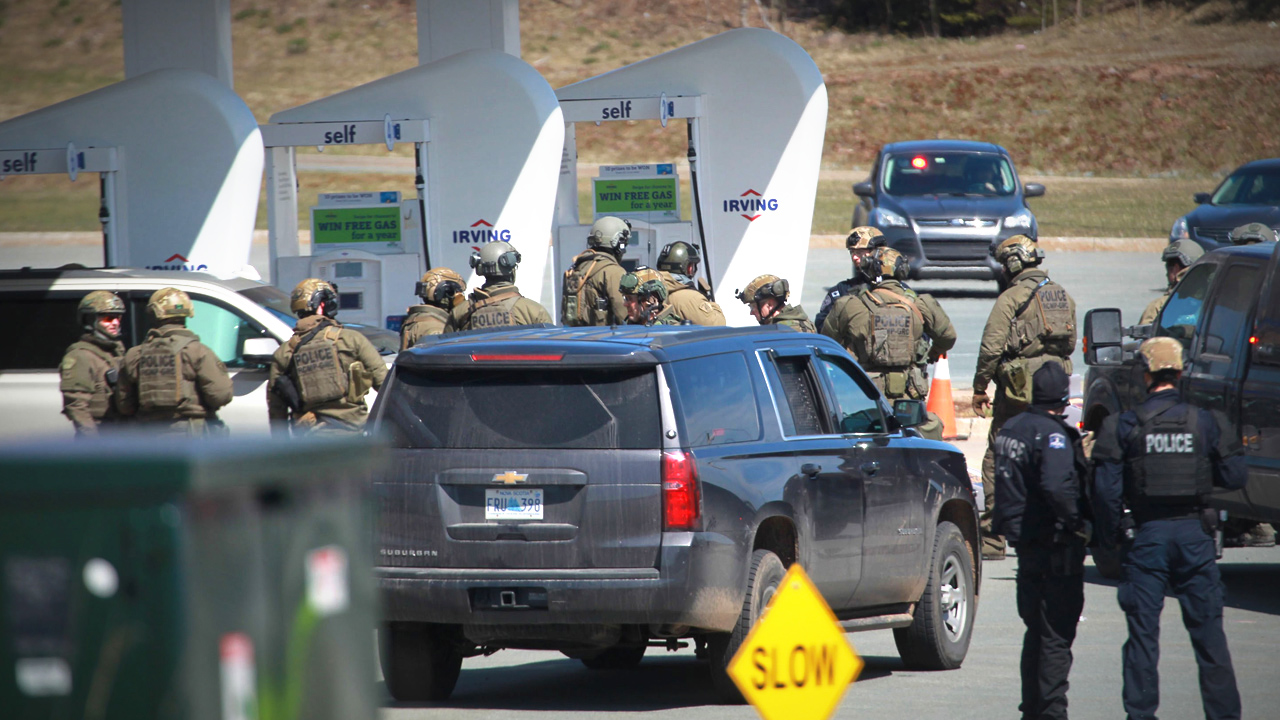 The gunman in the massacre that left at least 19 dead in Nova Scotia had been prohibited from owning firearms after an assault conviction stemming from an incident more than 18 years ago.

Gabriel Wortman, a denturist from Dartmouth, was dressed in a uniform similar to one worn by law enforcement when he committed the murders last weekend and is reported to have driven a car resembling a police cruiser.

According to a report in the Toronto Star,

Court records show Wortman was convicted but conditionally discharged over the Oct. 29, 2001 assault, which led him to be tasked with reporting to a probation officer for nine months.

He was also required “not to own, possess or carry a weapon, ammunition, or explosive substance,” according to court documents.

Wortman was further required to attend “for assessment and counselling in anger management” as directed by his probation officer.

Wortman is also listed as also being convicted in Truro provincial court for speeding in 1997, and had a pending speeding charge in the same court, with a court date set for Aug. 21, 2020.

RCMP officials have faced harsh criticism for failing to use the provincial emergency alert system to notify the public of Gabriel Wortman’s 12 hour long rampage in rural northern Nova Scotia that left a trail of bodies at 16 different crime scenes.

RCMP Commissioner Brenda Lucki declined to tell the media if Wortman had a gun licence at an earlier press conference.

Const. Heidi Stevenson, a 23-year member of the RCMP and mother of two was also killed. A male officer suffered non-life threatening injuries.