Ontario Premier Doug Ford declared a state of emergency to deal with protesters blocking the Ambassador Bridge in Windsor and what he called an 'occupation' of Canadians in their own country's capital city. 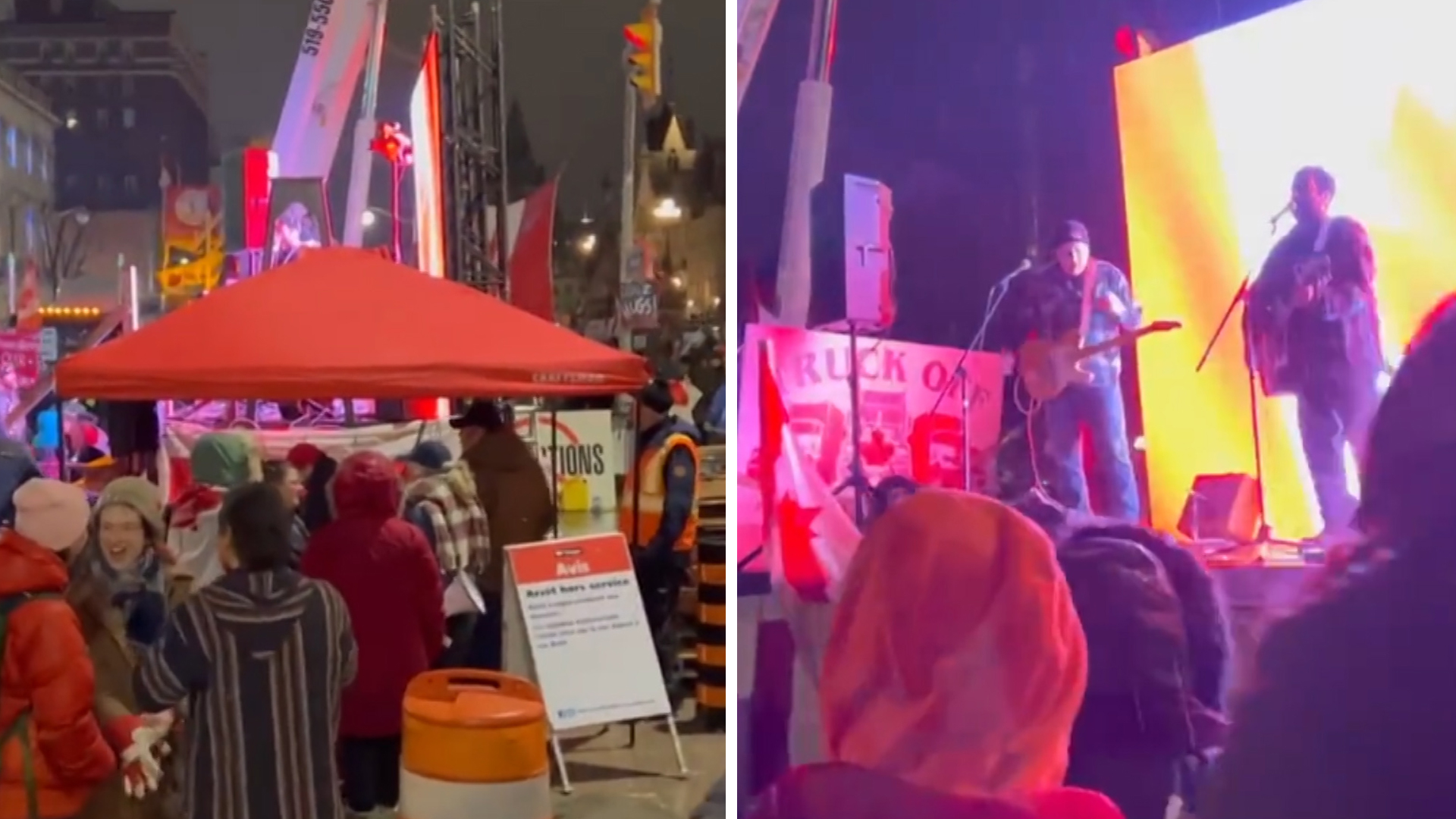 A party-like atmosphere took over the streets of Ottawa in the face of a threatened crackdown from two levels of government.

Beginning of the weekend in Ottawa.
Live music and lots of people just arrived.

Rebel News has had a team of reporters embedded in the truck convoy to Ottawa since it began the journey across the country. To support their independent journalism, please visit ConvoyReports.com

The convoy began as a trucker's protest against federally imposed cross border vaccine mandates but quickly morphed into a broad movement against COVID-19 restrictions and has inspired weekly convoys in cities across Canada and around the world. Thousands of truckers and supporters rolled into Ottawa January 28 and 29 and many have remained since.

Ontario Premier Doug Ford declared a state of emergency to deal with protesters blocking the Ambassador Bridge in Windsor and what he called an "occupation" of Canadians in their own country's capital city.

BREAKING: Fines for non-compliances 'will be severe' Ford said, with a maximum penalty of $100,000 and up to one year imprisonment.https://t.co/p8HqQtMil6

Prime Minister Justin Trudeau has said all options are on the table to clear away the Ottawa protest and the blockade at the Ambassador. The bridge between Windsor and Detroit facilitates one quarter of all cross-border commerce between Canada and the United States and is a vital supply route for the auto industry in both countries.

Convoy participants appear to be doing the work the city should, picking up garbage and shovelling snow off public sidewalks.

Protesters are shovelling the streets to make it clean and safe to walk on.https://t.co/VfgKKYKzKr#convoytoottawa2022 #FreedomConvoy2022 pic.twitter.com/yGS0AMllQv

Though there is an injunction obtained by the city against honking, some police have taken a more hands-off approach to people who can't keep their hands off their horns.

Police had to intervene to stop the truck drivers' honking -- no fines were given.https://t.co/VfgKKYKzKr#convoy #FreedomConvoy pic.twitter.com/XCfQFStceN

The Democracy Fund, a registered Canadian charity with a focus on civil liberties defence and education, has a free portal for truckers needing legal help in Ottawa at TruckerLaw.ca.