The 'lockdowners' get locked down at their own globalist conference

In a bittersweet and ironic turn of events, the health overlords that pushed indiscriminate COVID-19 lockdown response plans are locked down. 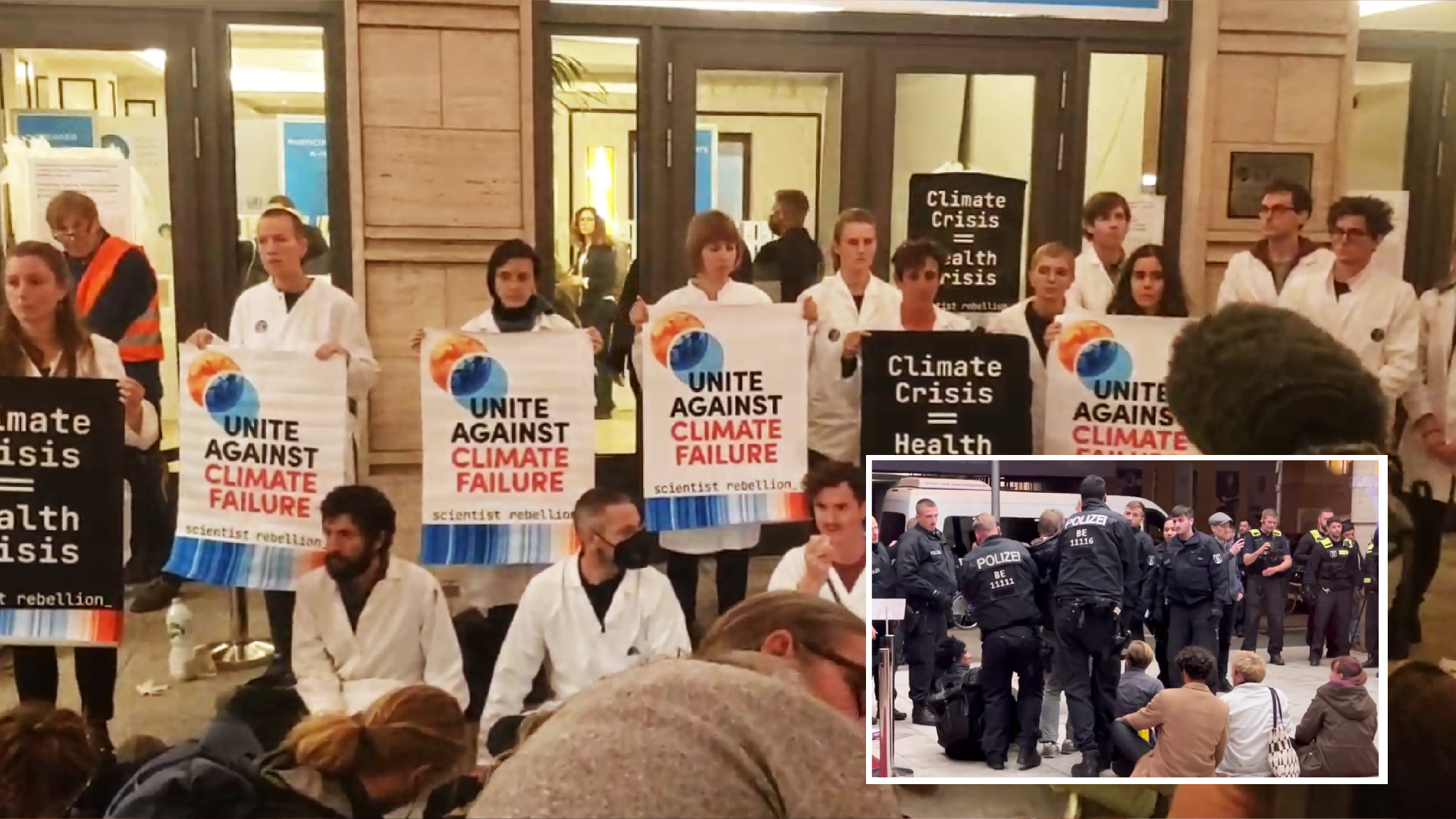 Protestors gather outside of the World Health Summit 2022 in Berlin, Germany in an attempt to push climate alarmism.

BREAKING: In an ironic turn of events, the World Health Summit is currently locked down

Chanting that they want “CLIMATE ACTION NOW,” some far-left extremists have super-glued their hands to the pavement and windows at the entrance of the Berlin Hotel where the summit is taking place.

The 2022 World Health Summit is in lockdown because of protesters outside of the building. They glued theirs hands to the window and pulled the fire alarm!

At least one protestor has made it inside, as per hotel security. They repeatedly pulled the fire alarm, interrupting the Opening Ceremony.

WATCH: Moment when the fire alarm pulled by climate protesters interrupts the 2022 WHO summit.

When the alarm kept going off, Alexa and I decided to check out the scene.

The fire alarm kept going off so me and @TamaraUgo went to explore what was happening.

The conference have been locked down and people cannot go outside. If they do they will not be allowed back in!

We discovered a frantic bureaucrat in the hallway who “has never had this kind of stress in his life."

WATCH: bureaucrat has a melt down and "has never had this kind of stress in his life" after protestors pull the fire alarm and lockdown the World Health Summit 2022

"Everyone is starving. There is no food."

Meanwhile, German police carefully remove protestors' glued hands from the windows at the entrance of the Berlin Hotel.

German Police are now removing the hands from protesters that are glued to the floor outside of the 2022 World Health Summit and arresting them.