The trio face a charge of conspiracy to commit murder and mischief by impeding the use of property by others and possession of a weapon for a dangerous purpose. 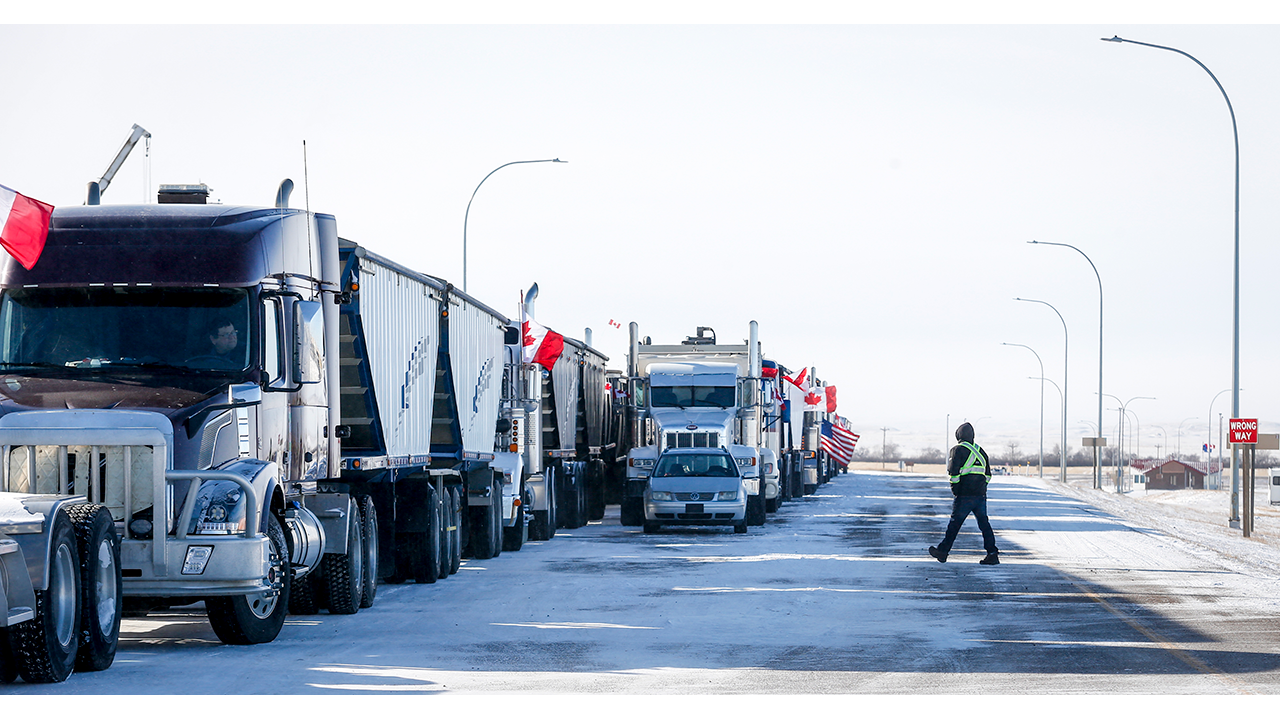 At least three protesters who were arrested at the Coutts blockade have been charged with conspiracy to commit murder, with more forthcoming charges on the way.

As reported by Rebel News on Monday, police arrested 11 people who were involved in what the RCMP called a “criminal organization.”

The RCMP said they obtained a search warrant for a house in Coutts, Alberta late Sunday, the border village where truckers and farmers have been blocking border access for two weeks in protest of COVID-19 restrictions.

Police confiscated 13 “long guns” along with handguns, body armour, a machete, and ammunition in the home and trailers that were raided.

The Calgary Sun reports that the 11 arrestees had their cases addressed Tuesday in Lethbridge provincial court. Defence attorney Yoav Niv secured the release of seven of the suspects. Niv told Judge Gregory Maxwell that three members of the group face a charge of conspiracy to commit murder and must deal with bail before a Court of Queen’s Bench justice.

According to the publication, the crown prosecutor Steven Johnston said four people in total would be facing the charge, including Chris Carbert, 44; Christopher Lysak, 48; and Anthony Olienick, 39.

The trio face a charge of conspiracy to commit murder and mischief by impeding the use of property by others and possession of a weapon for a dangerous purpose. Lysak also faces the charge of uttering threats.

The full list of individuals along with their charges has been released, with everyone else on the list facing a charge of possession of a weapon and mischief to property over $5,000.

The RCMP described them as a small cell within the peaceful protest. Since this development, the truckers who were then blocking the border have since left after releasing a statement.

“The group was said to have a willingness to use force against the police if any attempts were made to disrupt the blockade,” the Alberta RCMP stated. “This resulted in an immediate and complex investigation to determine the extent of the threat and criminal organization.”

BREAKING: Peaceful protesters at Coutts blockade say they plan to roll out tomorrow.

Rebel News will provide updates to the story as it develops.