'The hypocrisy and absurdity of this is that she was nominated by President Biden in large part because she is a woman,' Gabbard said of President Biden's nominee Ketanji Brown Jackson. 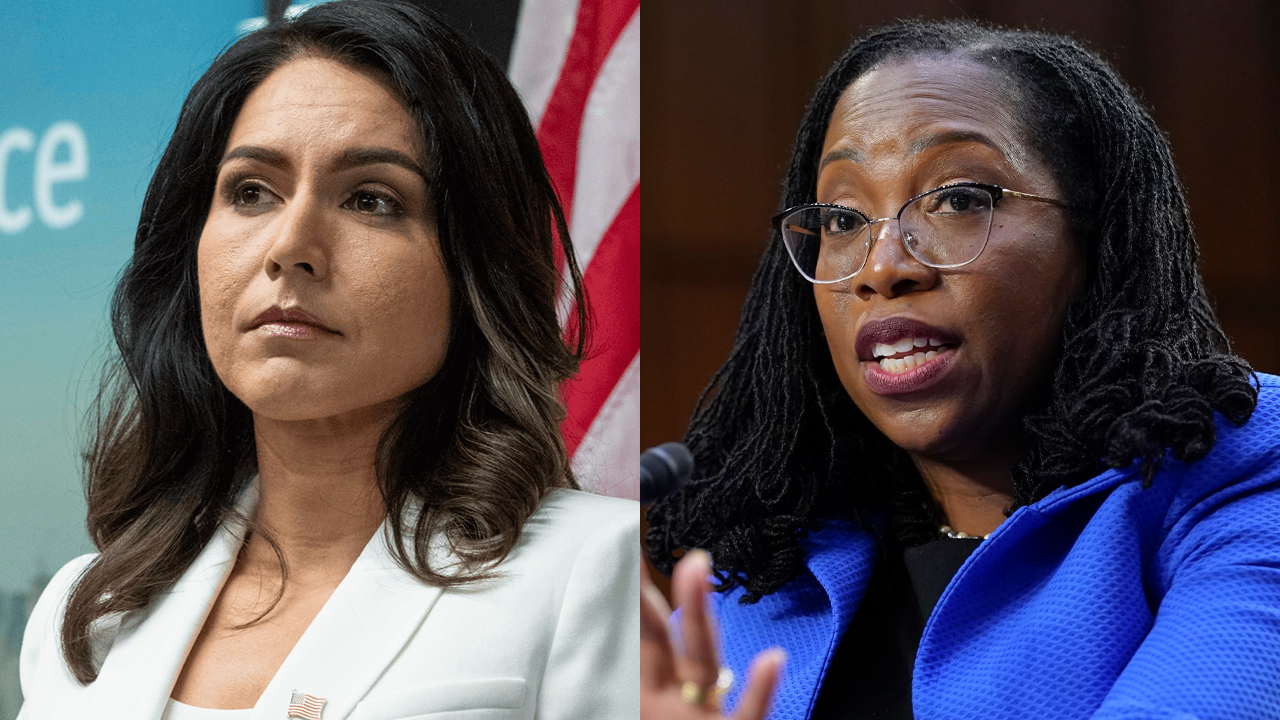 Tulsi Gabbard, who previously demolished Vice President Kamala Harris’ presidential nomination during the 2020 Democratic primary, has taken aim at Ketanji Brown Jackson for her inability to define what a woman is.

When asked by Sen. Marsha Blackburn (R-TN) to provide a definition for the term “woman,” Jackson replied that she was unable to do so because she is “not a biologist.”

“Can you provide a definition for the word ‘woman’?” Blackburn asked.

“Can I provide a definition?” Jackson replied.

“Yeah,” Blackburn said, to which Jackson responded, “I can’t.”

“Not in this context, I’m not a biologist,” Jackson laughed.

“So you believe the meaning of the word ‘woman’ is so unclear and controversial that you can’t give me a definition?” Blackburn pressed.

“Senator, in my work as a judge, what I do is I address disputes,” Jackson replied. “If there is a dispute about a definition, people make arguments and I look at the law and I decide, so — I’m not —”

Blackburn interrupted Jackson to say that “the fact that you can’t give me a straight answer about something as fundamental as what a woman is underscores the dangers of the kind of progressive education that we are hearing about.”

Sen. Marsha Blackburn: "Can you provide a definition for the word woman?"

Judge Ketanji Brown Jackson: "I can't… I'm not a biologist."

“In order to have a Supreme Court committed to protecting the rights of all Americans, including women, every justice needs to understand there is such a thing as a woman, as distinct from a man,” Gabbard stated on Twitter. “Yet when asked to define the word 'woman,' Supreme Court nominee Judge Ketanji Brown Jackson said, 'I don’t know.'”

“The hypocrisy and absurdity of this is that she was nominated by President Biden in large part because she is a woman,” Gabbard added.

The definition of woman has become a matter of debate in recent years, with males identifying as women and being allowed to participate in women’s sports, enter women’s spaces, and claim rights and privileges previously afforded to women. Indeed, misgendering somebody is considered a form of hate speech under some circumstances, and will most certainly earn you a ban on most major social media platforms.