A 10-year police veteran warns that we're heading down a “dark path” as we continue to accept pandemic rules without question. 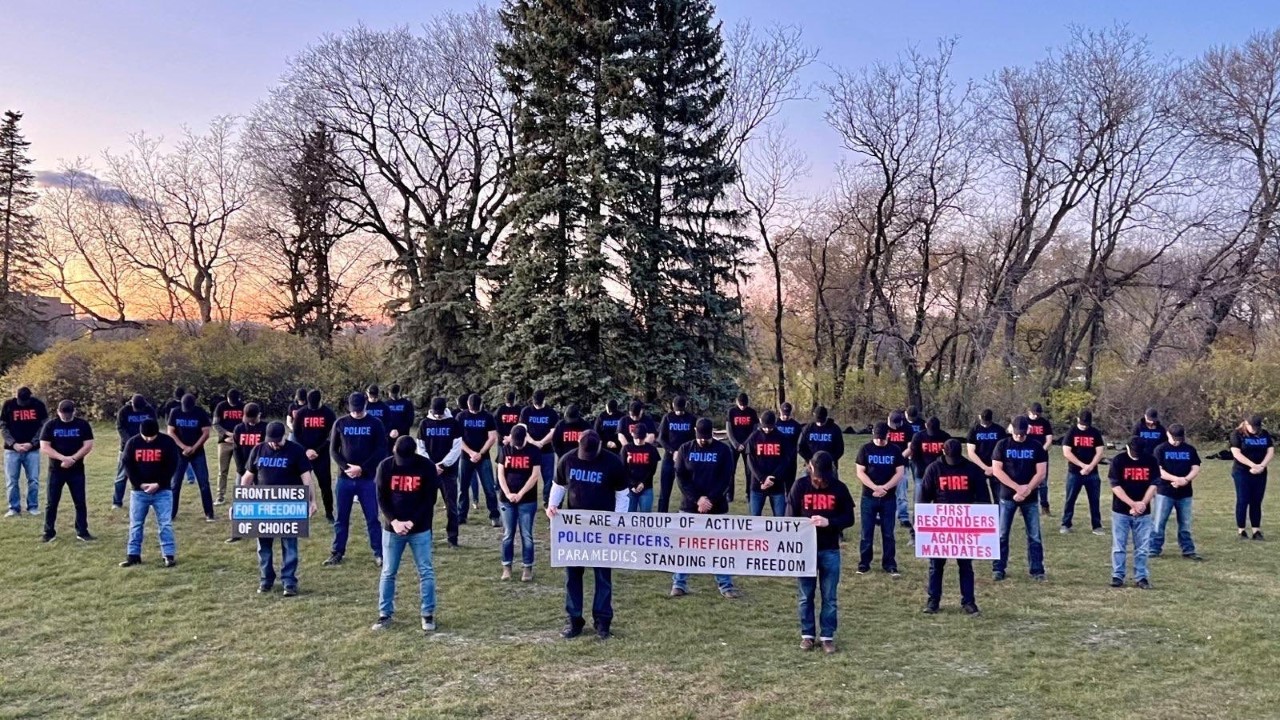 First responders like police officers, firefighters and paramedics are often lauded as heroes given the high risk environments they choose to work in. While exceptions exist, most of these people have entered their prospective field to protect and help people — to serve their communities, often to the detriment of their personal safety.

This has been no exception for first responders in Winnipeg, Manitoba — a city experiencing the triple threat of high levels of crime, a rise in fires and a troubling shortage of paramedics. On top of their usual challenges, the COVID-19 pandemic put additional strain on these workers.

Yet now, as of November 15, 2021, Winnipeg first responders who have either chosen not to be vaccinated against COVID, or those who have simply chosen not to disclose their status for privacy or ethical reasons, are being forced into mandatory testing or risk being placed on unpaid leave. All of this despite them having pushed through more than the first year of the pandemic unvaccinated, bravely exposing themselves to the virus on a consistent basis.

The situation is better for these workers than for some Canadians, in the sense that the tests are funded by the employer for now (a common theme in such policies; it is all up for being changed at the discretion of leadership). However, they must test every 48 hours! This is the most frequent testing policy I have seen yet, surpassing even that of what is required by unvaccinated Saskatchewan physicians (every 72 hours). Concerns about the science and ethics behind these vaccine policies have been brought up to leadership, including questioning the logic or fairness of only testing unvaccinated staff when it is now a well known fact that fully vaccinated people can still contract and spread COVID. Sufficient answers have never been provided.

However, the vaccine mandate, while concerning, is not even the biggest concern of the 10-year Winnipeg police veteran I recently spoke with, who has chosen to remain anonymous for now.

What is keeping this officer up at night, as well as many of his colleagues, is the major overreach of police power into citizen’s lives. In a heartfelt discussion, he advised me that he cannot in good conscience use his position to hand out tickets to a family celebrating Thanksgiving with “too many people”, or a congregation attending church, or someone not wearing a mask. He and the others in Frontline Alliance are disturbed by the many reports and videos of bullying and even brutality by cops worldwide. He has stood by his principles as much as possible, rocking the boat at times internally, and has tried repeatedly to speak to his superiors about his concerns that the Winnipeg Police Service is going against the Charter of Rights and Freedoms, the Criminal Code, the Police Officer's Code of Ethics and other guiding laws and principles disregarded for “public health’’. Yet, disturbingly, the leaders have shown no major concern for these raised issues, nor have they taken any action.

The police officer I spoke to loves his job. He just wants to be out in his city helping people, upholding the law and following the motto of the Winnipeg Police Service, “Building Relationships, A culture of safety for all”. Instead, he is being asked to go against his better judgement and sell out on his strong beliefs in freedom, medical autonomy and limiting the power given to authorities, including police officers like himself and his colleagues.

His message to Canadian workers, especially police officers, is one of having courage:

“A lot of us are in a position where we are afraid. I don’t feel weak saying that. I worry about my wife, my kids, my family, and the other cops… what I’m trying to get folks to see is that you really have to look at what a person has to lose. A person coming out saying ‘My career be damned, I’ll tell you what is right and what I believe’, you should pay attention to a person like that.”

He also has a simple but profound message for those Canadian citizens who seem to accept the pandemic rules without question, despite many of those rules being unlawful and unethical:

“When a police officer is saying that police organizations across Canada have too much power, and that they need to be more reserved in their behavior... it should be a trigger, a red flag for people. This isn’t right, and we are heading down a dark path. Police need to have authority when it matters, but we all get much further ahead when police honour people’s freedoms.”

People who want power have always existed. We all know a bully or six. So when it comes to our institutions, people who have authority over us such as police officers (or people who hold our lives in their hands, such as paramedics and firefighters), shouldn't we want checks and bounds on the limits of their power? Instead of labelling these people as ‘anti-vaccine’, ‘selfish’, etc., society’s more compliant types might want to consider this brave police officer’s words, and the words and actions of so many other front line workers standing alongside him, trying desperately to speak up for ALL of us.

I know I certainly want those who “protect and serve’’ us to be morally courageous and speaking truth to power... rather than desiring it.

For more information on Frontline Alliance Manitoba, or if you are a frontline worker in the Manitoba region interested in joining, please visit: www.FrontlineAllianceMB.ca