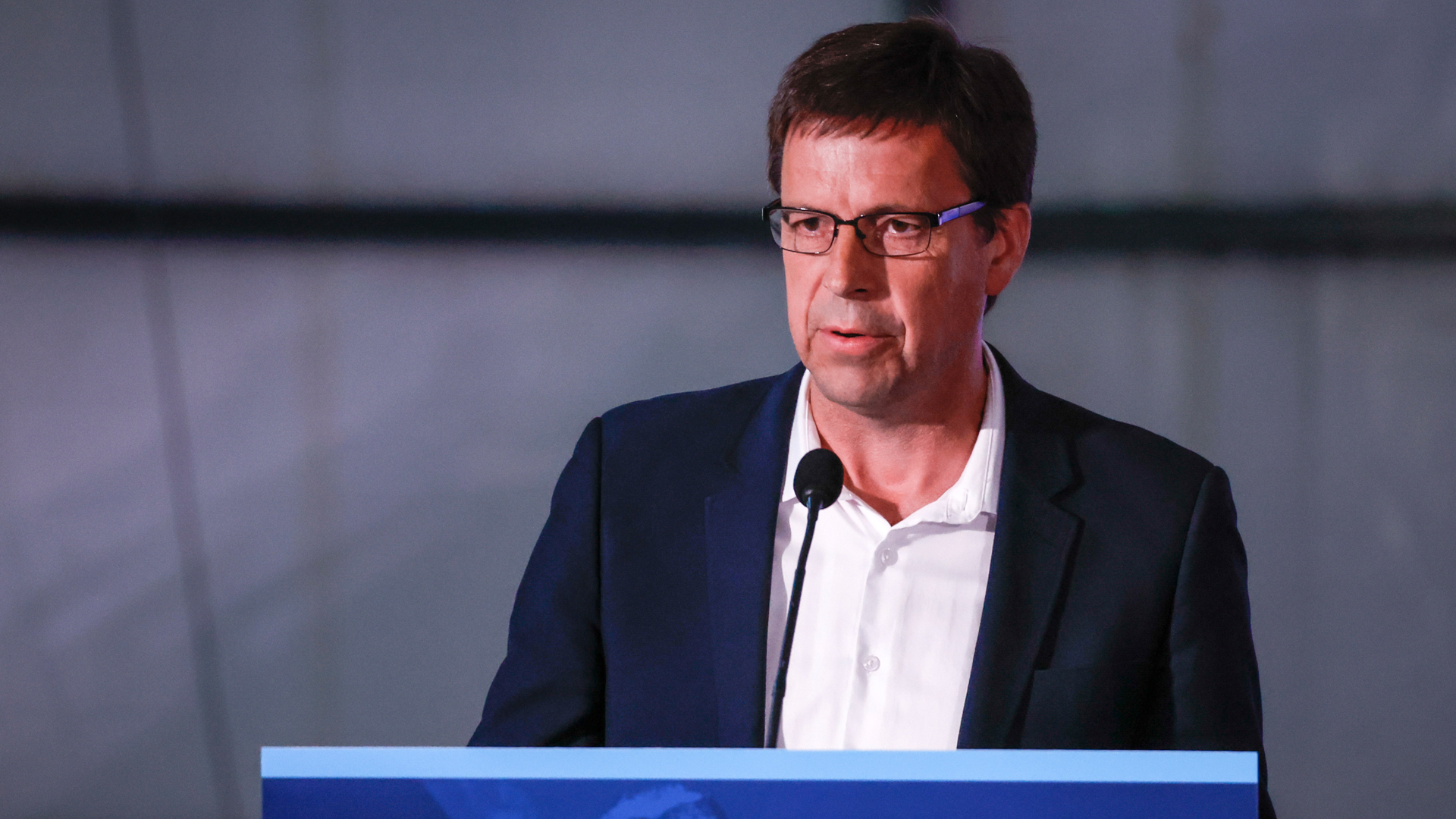 DISCLAIMER: The views expressed in this editorial reflect that of its author, Jeffrey R.W. Rath. Rebel News has not endorsed any of the candidates in the United Conservative Party's leadership race, but provided an opportunity for candidates to state their case to our audience.

Todd Loewen stood up to Jason Kenney and demanded his resignation. It was this brave and principled stand that allowed grassroots United Conservative Party members to rise up and throw Kenney out of office. Were it not for Todd Loewen we wouldn’t even be having a UCP leadership contest. Todd stood up to Kenney because it was the right thing to do.

Jason Kenney was presiding over a government that was locking citizens in their homes and destroying Alberta businesses without any regard for the civil rights or interests of Albertans or the UCP members that made him premier. As finance minister, Travis Toews, with Jason Kenney’s, blessing deliberately shuttered businesses while directing Alberta Finance not to fully compensate businesses for the harm that the Kenney-Hinshaw closure and restriction orders caused, allegedly for the benefit of all Albertans.

These orders completely alienated the base of the UCP and remain the reason that the NDP are currently out fundraising the UCP by a 2:1 margin. It is for this reason that I do not believe that any Kenney cabinet minister is a sound choice to run against Rachel Notley.

Albertans deserve a clear choice between a conservative premier that would stand up for the rights of Alberta businesses and farmers and a socialist that would happily destroy businesses in exchange for more welfare recipients on the Trudeau Universal Basic Income scheme. There is a real danger that if the UCP elects any Kenney cabinet minister that the UCP base that wanted to give Kenney the boot on April 9 in Red Deer will either stay home or park their vote elsewhere in protest, guaranteeing Notley the premier’s office.

Kenney and Toews, when not yukking it up over drinks on the Sky Palace terrace, intentionally destroyed Alberta businesses and Alberta families on the flimsiest of scientific justification. We now know that they were taking “advice” from a doctor who has since claimed that she didn’t even bother to consult the chief medical examiner to determine the degree to which the chief medical officer of health's orders directed by Jason Kenney were contributing to economically-driven suicides in the province.

Todd Loewen’s principled approach to governance cost him his position as caucus chair and had him thrown out of government to sit as an Independent.

Every time I talk to Todd Loewen, I am impressed with his honesty, trustworthiness, intelligence and ability to thoughtfully listen and digest information as well as his commitment to making Alberta a better place for our families and our children. We have been misled for too long by politicians like WEF acolytes Kenney and Notley-Trudeau who are only in office to advance themselves or the special interests that they serve.

We can’t afford leaders like Kenney — in thrall to Wellington Advocacy and Notley subservient to the unions that saw COVID for the power grab and cash cow that it was to the direct detriment of their rank-and-file members. Notley cheered while cops, firefighters, nurses, teachers and other union members were forcibly vaccinated against their will with little or no support from the union bosses who were in lockstep with Shanghai Rachel and her constant cries of “Lock ‘em down harder!” and now “Jab ‘em again — jab ‘em again and again and again!”

Todd Loewen has a solid plan for giving constituents their voice back in government. Todd Loewen will strengthen recall legislation to make faithless MLA’s who vote against the interests of their constituents much easier to fire. Todd Loewen will amend the Citizen’s Initiative Act to make referenda, including referenda in support of an independent Alberta, easily achievable. Todd Loewen will gut Alberta Health Services, give control back to regional health authorities and will identify every bureaucrat within AHS and the College of Physicians and Surgeons responsible for the lockdowns and forced vaccine programs and remove them from any position of authority.

Do not mistake Todd Loewen’s quiet, thoughtful demeanour for weakness.

Todd Loewen has spent a lifetime, quietly and respectfully, leading people through the wilderness in furtherance of his family’s guide-outfitting business. That is not a profession for the weak or the timid. Todd Loewen understands real environmental issues. He understands these issues because he is a conservationist whose very livelihood depended on healthy forests and unspoiled wilderness within which fish and game can thrive. Todd Loewen understands how to protect wildlife without locking in hundreds of billions of dollars of resources through federal overreach in the name of the sage grouse or woodland caribou.

Thankfully for Alberta, Todd thinks “net zero” and the entire Trudeau-Notley carbon tax scheme is simply a way of stealing money from working people. Todd Loewen has no time for the ridiculous notion that destroying the Alberta economy over Alberta’s approximately alleged 0.26% contribution to global CO2 output and plant growth is either necessary or sustainable.

Todd Loewen understands that China and India continue to pollute unabated, and that on any given day a volcano in Iceland or Tonga can erupt spewing out hundreds of years of Alberta’s annual CO2 output making reduction targets completely symbolic at the expense of working families. Todd understands that so-called bio-generation projects that shove trees into tree crematoriums are not sustainable. Todd gets that so-called electric vehicles built by cobalt derived from child slave labour that hook into coal-fired power grids are not sustainable or economically feasible, other than as a heavily-subsidized handout to World Economic Forum billionaires.

Todd understands that food security and protecting our farmers from idiots who would arbitrarily outlaw fertilizer is a national security issue. Todd has fully internalized that the climate cultists need be treated in the same way that you would treat a child who fears that the sky is falling because an acorn fell out of a tree and hit their head. Todd will quietly acknowledge their fears while reminding them that the planet is currently at below average temperatures and that despite the Notley-Trudeau’s of the world subscribing to the ridiculous notion that the planet will end in 12 years, that climate is cyclical, “climate change” is as omni-present as gravity and far more lives are at risk from the global cooling cycle we are heading into than from so-called global warming.

These are only some of the reasons for which I support and fully endorse a Loewen premiership.

A vote for Toews or any of the other Kenney hand maidens is simply a vote for Jason Kenney, Rachel Notley and the WEF status quo that they support. Not one of them said a peep when AHS “proudly” announced its “partnership” with the World Economic Forum in July of 2020.

As to Brian Jean, while I think that he is likable enough, his tendency to yell at women during debates and his naïve view that invoking Section 46 of the Constitution Act will do any good, do him no credit. Constantly repeating that we need to “re-open the Constitution” is beyond laughable.

Alberta would like to reopen the Constitution and keep all tax revenue generated in Alberta, in Alberta with the exception of an agreed contribution to National Defense and programs that are in the interest of Albertans”.

Thank you for your lovely Resolution of the Legislature of Alberta pursuant to S.46. On reflection, I have decided in consultation with Klaus Schwab, to keep your money, continue to subjugate and denigrate your people while continuing to destroy your economy.

This is not a recipe for success. It is simply doing the same thing over and over again hoping for a different result. It is the very definition of insanity.

As to Danielle Smith, I have deep respect for Danielle Smith and the stand that she took during the COVID mismanagement crisis and support the spirit of the proposals she and her team have put forward. I believe it is time to elect a leader that we can trust and who has demonstrated actual, as opposed to rhetorical, trustworthiness.

“Fool me once — shame on you, fool me twice, shame on me” rings in my head every time I hear her speak. Were she to be a minister in a Loewen government, I believe that she could make a substantial contribution to our province in a manner that would allow her the opportunity to prove that she could once again be trusted. Danielle simply has too much baggage for the NDP to exploit.

I believe that Todd Loewen is the only candidate in the UCP race that can reunite the UCP and beat Rachel Notley in the next election.

For all of these reasons, I will be marking my ballot:

Jeffrey R.W. Rath is a constitutional lawyer who represents the interests of citizens and communities whose rights are infringed by government.