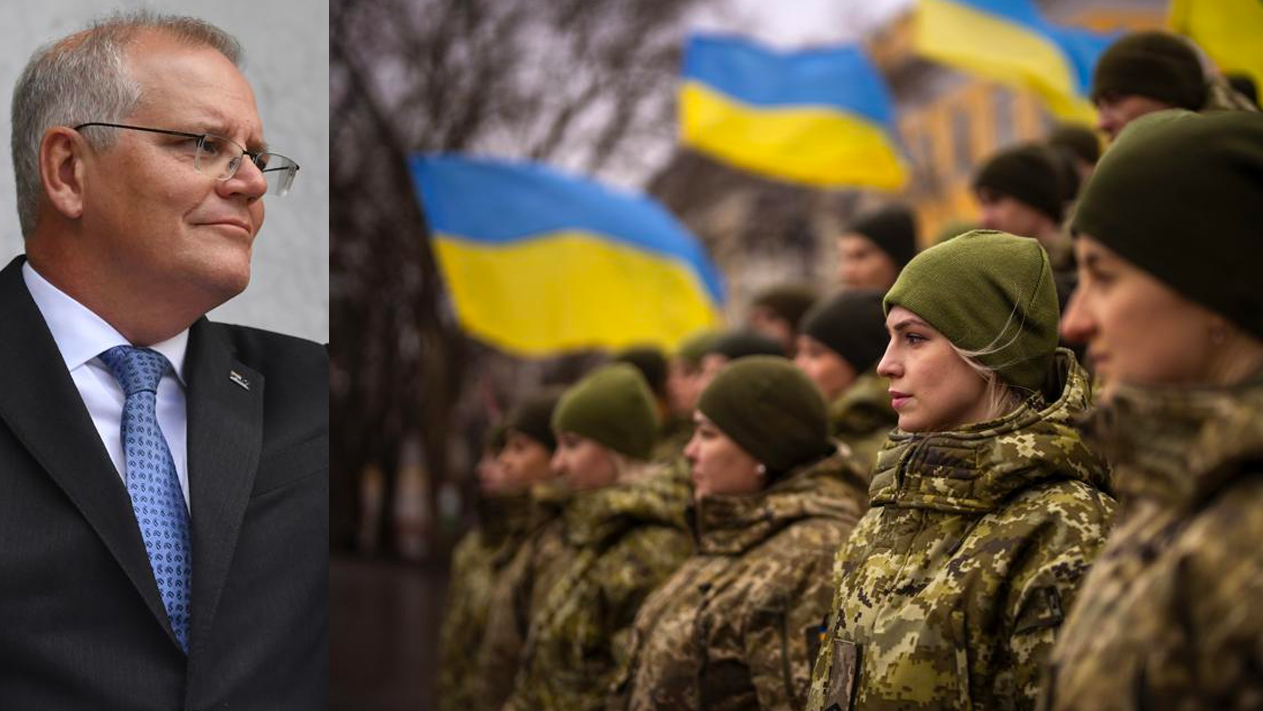 Australia has pledged its support for Ukraine. AP Photo/Emilio Morenatti,File

Australia has announced over $100 million in aid and weapons for Ukraine with immediate priority.

Prime Minister Scott Morrison has approved $70 million for lethal aid (weapons) to be used in defence of Ukraine against Russia’s illegal invasion.

$35 million has been assigned for non-lethal aid, including food, shelter, water, and basic supplies to assist the refugees fleeing the war-torn region.

“We are talking missiles, ammunition, we are talking supporting them in their defence of their own homeland in Ukraine and we will do that in partnership with NATO,” said Scott Morrison.

For obvious security reasons, exact details of the deal have not been released.

“I am not going to go into the specifics of that because I don’t plan to give the Russian government a heads up about what is coming their way, but I can assure them it is coming your way.”

The agreement was reached during a long Cabinet meeting held on Tuesday morning where the unusual step was made for Australia to provide arms, with Scott Morrison saying that, “We will be answering the call.”

His words come in response to Ukrainian President Volodymyr Zelenskyy’s now-viral appeal on social media in which he said, “I don’t need a ride, I need ammunition.”
In addition, Scott Morrison has called for Russia to be treated as a ‘pariah state’, taking a hardline stance against Vladimir Putin, who has now been accused of war crimes in Ukraine.

“They [Putin’s regime in Russia] have self-selected themselves as a pariah state, and that’s how they should be known around the world, and no one should have anything to do with them, frankly, right around the world.”

Morrison’s desire to exclude Russia from the G20 is not straight forward, with Saudi Arabia, China, and perhaps India (although that depends if Russia continues to support Pakistan with talk about Kashmir being ‘disputed territory’) standing to block any such action.

Zelenskyy has remained in Ukraine to defend the country.

Many nations stand in support of Ukraine, with a wide range of military aid being offered. The United States is sending $350 million US Dollars worth of weapons into the region, while the UK has already been shipping anti-tank missile launchers.

Anti-armour and anti-tank missiles have been particularly important as Russia rolls through the area in tank convoys that had been seen massing on the border for many months. Crowds of civilians have been caught on camera walking out to meet the tanks, forcing Russian forces to turn around.

Other measures include crippling financial restrictions, the withdrawal of Russian products, and personal seizures of assets belonging to Russian politicians and businessmen. International corporations are abandoning their Russian investments as the region destabilises. Vodka is being pulled for shelves all around the world, while Australia ditched the ‘Compare the Market’ ads featuring a Russian meerkats named Alexander and Sergei so that they would not appear after news broadcasts related to Ukraine coverage.

The Russian currency continues to run as both feared and expected. Interest rates have been raised to 20% by the Russian Central bank. Markets have crashed and the financial impact of Putin’s war is starting to hurt ordinary Russians.

With Russian planes now in the skies above Ukraine and Russian tanks on the ground enforcing check-points on key access routes, getting supplies to Ukraine is a challenge for the military.

The Prime Minister’s move to send weapons has surprised some because of the clear and present risk posed by China in the Pacific, with Australia notoriously under-prepared and resourced to handle a local conflict if Xi Jinping were to make good on his numerous and sustained threats on Taiwan sovereignty.

Ukraine is releasing criminals to fight.

That’s how badly they must be losing.

So any lethal weapons we send or fund will likely end up in Russian hands.

That’s how this works.

Don’t be fooled by the propaganda on either side or flags in bios.

Others have warned Australia that the Prime Minister’s decision to interview has dramatically increased the risk of cyber attack to the Australian government, businesses, and individuals. There is a fear that Australia will be exposed to ransomware attacks by Russian Criminals, no longer being policed by the Putin government.
The threat is, at present, a prediction only.

“I can report that to date, we have not seen the state-sponsored cyber activity to Australia, but we should remain on the ready,” said Morrison.

“We know from history that Russian troops can be particularly brutal, and I think people should brace themselves for what we’re going to see out of the Ukraine in the coming days and weeks,” said Peter Dutton, Australia’s Defence Minister.