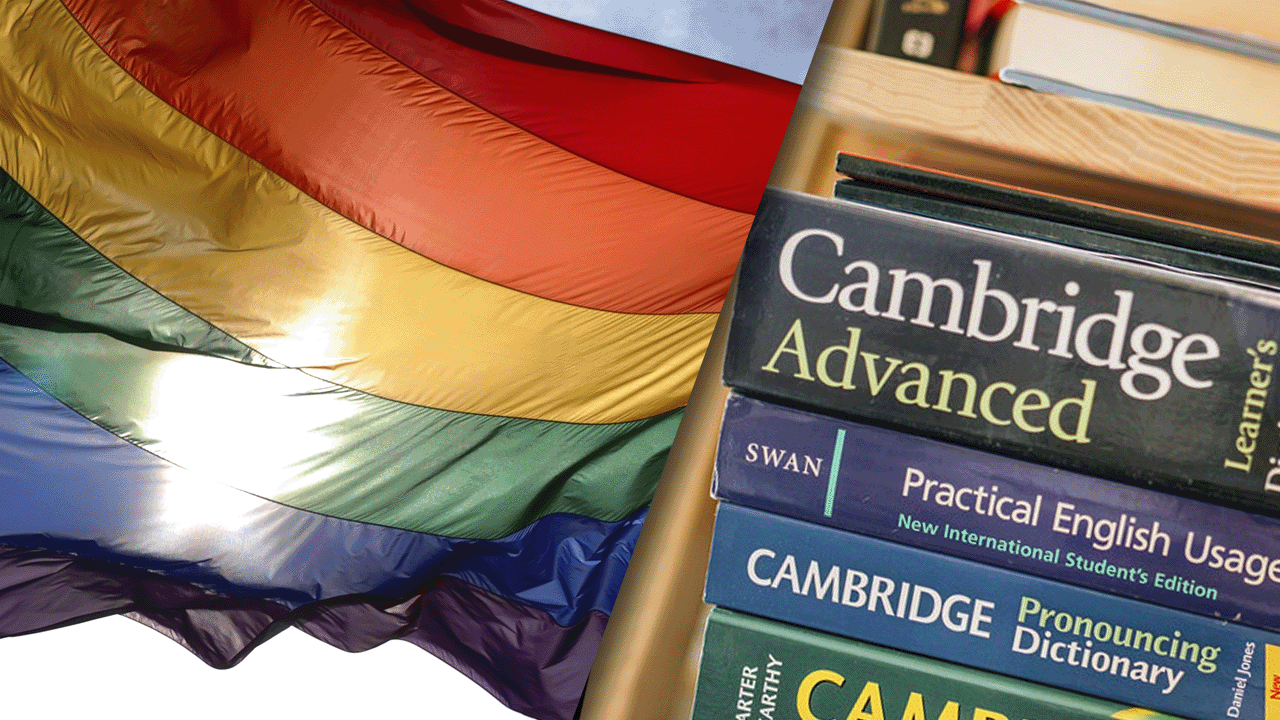 The Cambridge Dictionary has recently updated its definitions of “man” and “woman” to include those whose gender identity does not correspond with their biological sex.

The online version of the dictionary now includes a second meaning for “man”: “an adult who lives and identifies as male though they may have been said to have a different sex at birth,” with the example sentences:

The dictionary’s definition of “woman” includes a second definition that reads, “an adult who lives and identifies as female though they may have been said to have a different sex at birth.”

An example sentence reads, “Mary is a woman who was assigned male at birth.”

In addition to new definitions of “man” and “woman,” the dictionary offers an interesting explanation of the term “gender.” It reads, “[A] group of people in a society who share particular qualities or ways of behaving which that society associates with being male, female, or another identity.”

An example sentence reads, “‘The gender that you identify with isn’t always the same as your biological sex.’”

Other words related to gender have also been updated. For example, the term “male” is defined as “belonging or relating to men,” while one of the example sentences reads, “He is one of the most prominent trans male athletes today.”

An example sentence for “female” reads, “She was the school’s first trans female athlete.”

The Cambridge Dictionary’s new definitions of gender-related terms have sparked a conversation about the changing language of gender identity.

Christopher Rufo, a fellow at the Manhattan Institute, brought attention to the news in a Twitter post on Monday, noting that the new definition of “woman” used the pronoun “they” to describe a woman instead of “she.”

The dictionary’s inclusion of terms such as “ze” and “intersex” further demonstrates the evolving language of gender identity.

A spokesperson for the dictionary told the Daily Mail that the change occurred in October.

“They carefully studied usage patterns of the word ‘woman’ and concluded that this definition is one that learners of English should be aware of to support their understanding of how the language is used,” the official statement read. “The first definition at the entry for ‘woman’ remains unchanged and continues to be ‘an adult female human being.'”