Young students are being fed a curriculum that includes a heavy dose of social justice and gender identity content. 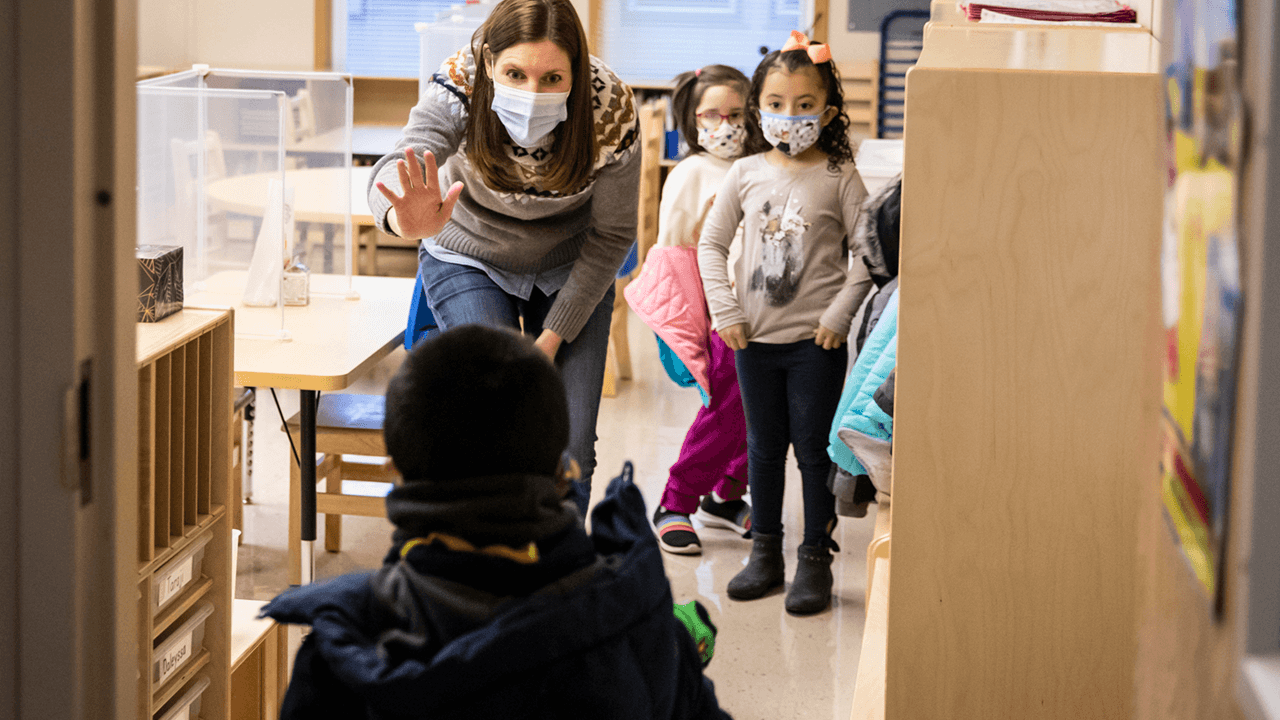 A parent activist group in Connecticut has released a set of documents showing that children as young as preschoolers are being indoctrinated with “social justice standards,” including education on transgenderism and gender identity.

Last week, the group Parents Defending Education published documents obtained by parents from West Hartford showing that their children were being exposed to “social emotional learning through an equity lens.”

As detailed by the leaked documents, a book intended for 4th graders in the curriculum titled “When Aidan Became a Brother,” is a thesis on gender theory, describing how the sex you are assigned at birth is “wrong” and that the girl in the story is actually a boy.

“When Aidan was born, everyone thought he was a girl. His parents gave him a pretty name, his room looked like a girl’s room, and he wore clothes that other girls liked wearing,” the book’s synopsis reads. “After he realized he was a trans boy, Aidan and his parents fixed the parts of his life that didn’t fit anymore, and he settled happily into his new life.”

“This is being presented as factual to very young children,” said a concerned parent who contacted the parent activist organization.

Other books presented in the kindergarten curriculum include “Jacob’s New Dress,” “Pink is for Boys,” “Introducing Teddy,” “10,000 Dresses,” “They She He Me: Free to Be!” and a host of others which tackle issues of “identity,” “diversity,” and “justice,” and “action.”

The Amazon description for the book “Introducing Teddy” reads as follows:

Errol and his teddy, Thomas, are best friends who do everything together. Whether it's riding a bike, playing in the tree house, having a tea party, or all of the above, every day holds something fun to do. One sunny day, Errol finds that Thomas is sad, even when they are playing in their favorite ways. Errol can't figure out why, until Thomas finally tells Errol what the teddy has been afraid to say: “In my heart, I've always known that I'm a girl teddy, not a boy teddy. I wish my name was Tilly, not Thomas.” And Errol says, “I don't care if you're a girl teddy or a boy teddy! What matters is that you are my friend.”

Jacob’s New Dress, a book intended for 3rd graders, is described as follows:

Jacob loves playing dress-up, when he can be anything he wants to be. Some kids at school say he can't wear "girl" clothes, but Jacob wants to wear a dress to school. Can he convince his parents to let him wear what he wants?

Bailey's awake, no one wants to hear about these beautiful dreams. Quite the contrary. "You're a BOY!" Mother and Father tell Bailey. "You shouldn't be thinking about dresses at all." Then Bailey meets Laurel, an older girl who is touched and inspired by Bailey's imagination and courage. In friendship, the two of them begin making dresses together. And Bailey's dreams come true!

Pronouns serve as a familiar starting point for kids and grown-ups to expand ideas about gender and celebrate personal expression with fun imagery that provides a place to meet and play. They She He Me, Free to Be shows many gender presentations under each pronoun and invites even more. A go-to place to help keep the conversations alive, break down assumptions of who is “she” or “he” and expand beyond the binary to include “they” and more.

The report also states that parents in the area were told by district officials that parents are not allowed to opt out their children from the mandatory curriculum.

The documents were made available by Parents Defending Education and can be seen below:

The move to promote social justice in school curricula has become a widely contentious topic all across the United States, as parents move to actively oppose the implementation of progressive indoctrination.

The move has garnered the attention of the Biden administration’s Department of Justice, which has instructed the FBI to use counterterrorism tools to investigate concerned parents who have attended school board meetings in opposition to Critical Race Theory.

Whistleblower documents provided to the House Judiciary Committee this week prove that the FBI used counterterrorism tools to investigate parents who attended school board meetings, directly contradicting Attorney General Merrick Garland’s congressional testimony denying he was ever aware of such actions.

This is the smoking gun. Attorney General Garland provided zero evidence that parents are engaging in credible threats or acts of violence. And yet, he mobilized the FBI Counterterrorism Division to use counterterrorism tools for investigating, tracking, and tagging parents. pic.twitter.com/PHpVIqvlBw