Musk hit back with a response to the leftist senator and failed presidential candidate. 'Stop projecting!' Musk tweeted, alongside a link to a Fox News article detailing Warren’s lies about being Native American for personal gain. 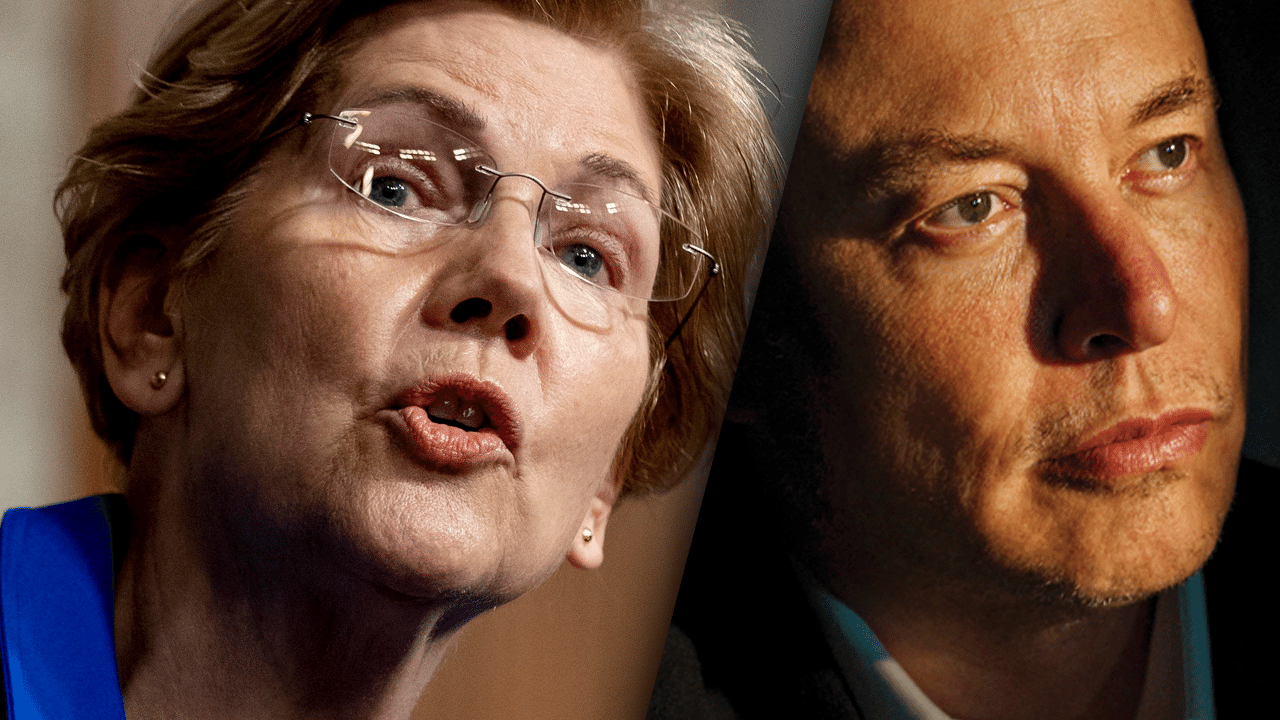 Tesla and SpaceX CEO Elon Musk fired back against leftist Sen. Elizabeth Warren, who referred to the billionaire as a “freeloader” in her calls to “change the rigged tax code.” In response, Musk called the socialist “Senator Karen.”

In a tweet on Tuesday the senator for Massachusetts linked to an article in the Boston Globe naming Elon Musk Time Magazine's Person of the Year. “Let’s change the rigged tax code so the Person of the Year will actually pay taxes and stop freeloading off everyone else.”

Not one to back down from a fight, Musk hit back with a response to the leftist senator and failed presidential candidate.

As detailed by The Atlantic in 2012, the then-Democratic Senate candidate failed to back up family lore that she is part Cherokee. Warren has repeatedly made the claim of being Native American. The senator has since apologized for it during her run for president in 2019, the New York Times reported.

“You remind me of when I was a kid and my friend’s angry Mom would just randomly yell at everyone for no reason,” quipped Elon Musk. “Please don’t call the manager on me, Senator Karen.”

Please don’t call the manager on me, Senator Karen 🙏

Musk returned hours later with another reply to the senator, tweeting, “And if you opened your eyes for 2 seconds, you would realize I will pay more taxes than any American in history this year.”

“Don’t spend it all at once … oh wait you did already,” he added.

And if you opened your eyes for 2 seconds, you would realize I will pay more taxes than any American in history this year

Although Warren did not immediately respond to Musk’s tweets, the senator attacked the Tesla CEO in a fundraising newsletter late Tuesday evening.

Warren referred to Musk as a “poster child for how our rigged tax code lets billionaires pay hardly any taxes at all.” She made her remarks while touting her plan for a wealth tax on people with fortunes larger than $50 million.

In the newsletter which was reviewed by the Boston Globe, Warren reportedly contrasted the billionaire with doctors, nurses, researchers and educators who she claims are more deserving of the Time Magazine honour for their efforts in combating COVID-19.

“When someone makes it big in America — millionaire big, billionaire big, Person of the Year big — part of it has to include paying it forward so the next kid can get a chance, too,” Warren said in the newsletter.

Elon Musk currently employs over 111,000 people across his different companies around the world, and is one of the best-paying tech employers in the United States. Musk provides over 50,000 jobs to U.S. citizens through Tesla, and close to 10,000 jobs with SpaceX.

Tesla clearly values its designers — not only is the base salary for a senior design engineer among the highest paying jobs at the company, but with bonuses these employees can make up to $271,179 according to Glassdoor.