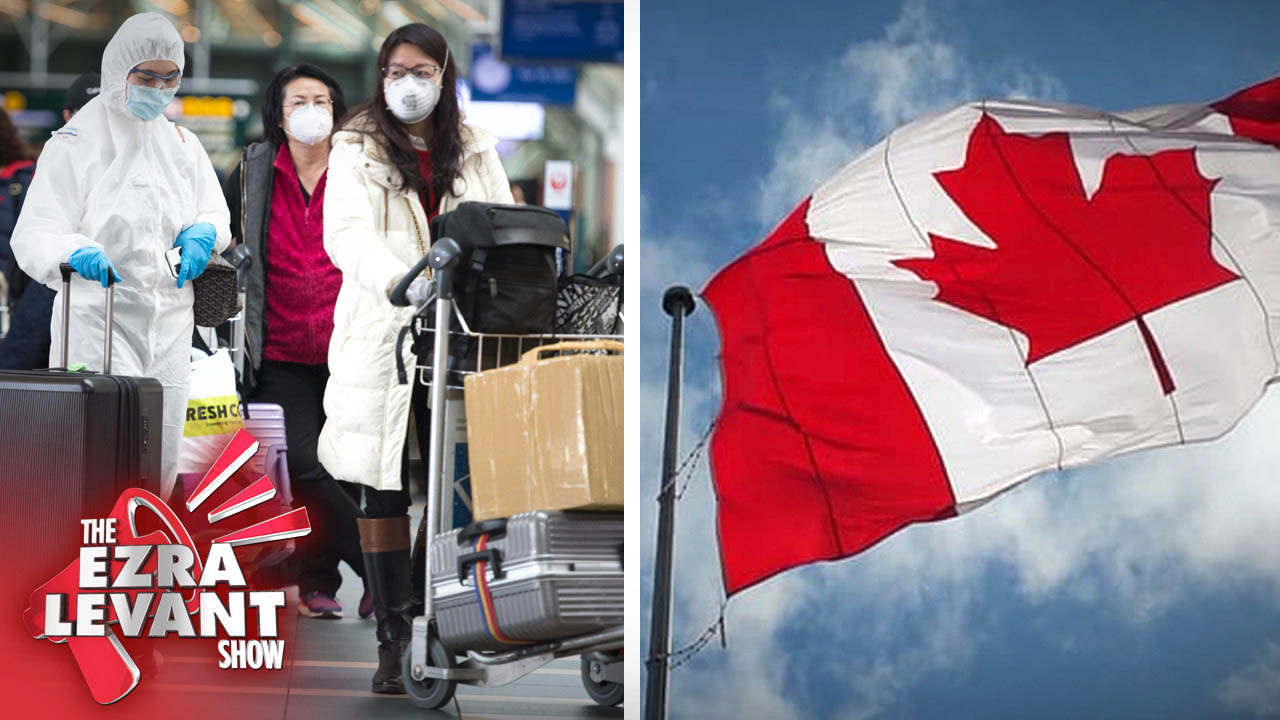 According to British scientists, if China hadn’t covered things up, if they tried to solve the coronavirus problem, as opposed to hiding it and punishing those who were trying to solve it, it’s estimated that 95 per cent of COVID-19 cases wouldn’t have happened.

Finally, on Monday, when the Liberal government announced that they were going to stop people from flying in from China.

Except they’re not actually stopping people from flying in from China. There were a whole bunch of flights to Canada, even today, from China.

Other countries too — just coming in. No screening, despite promises. Trudeau said only Canadians were allowed to come.

So our David Menzies went to the airport to greet a foreign flight today to see if Trudeau’s announcements were actually happening.

And we sent Keean Bexte back to Roxham Road, where anyone from New York State can just walk across the border. How’s that looking?

So you can come from anywhere in the world, and just walk into Canada, and either be set free, which is what’s really happening, or maybe you’ll get free health care, front of the line.

Because Trudeau has announced that he simply won’t deport any fake refugees.

Compare it to Trump, who has commandeered or cajoled U.S. industry into moving very quickly. He’s removed all red tape for vaccine research, for example.

Look at this Kijiji-type ad put online yesterday by Trudeau, begging for Canadian companies to please sell them some face masks and gloves, pronto.

COVID-19 is going to do great damage. I think Trump will manage that a bit; and Canada will copy some of the U.S. decisions, if only to avoid embarrassment.

Trudeau will find a way to reward and enrich his friends, as usual.

NEXT: Viewer favourite, lawyer Manny Montenegrino, joins me to talk more about Trudeau's response to the coronavirus pandemic.