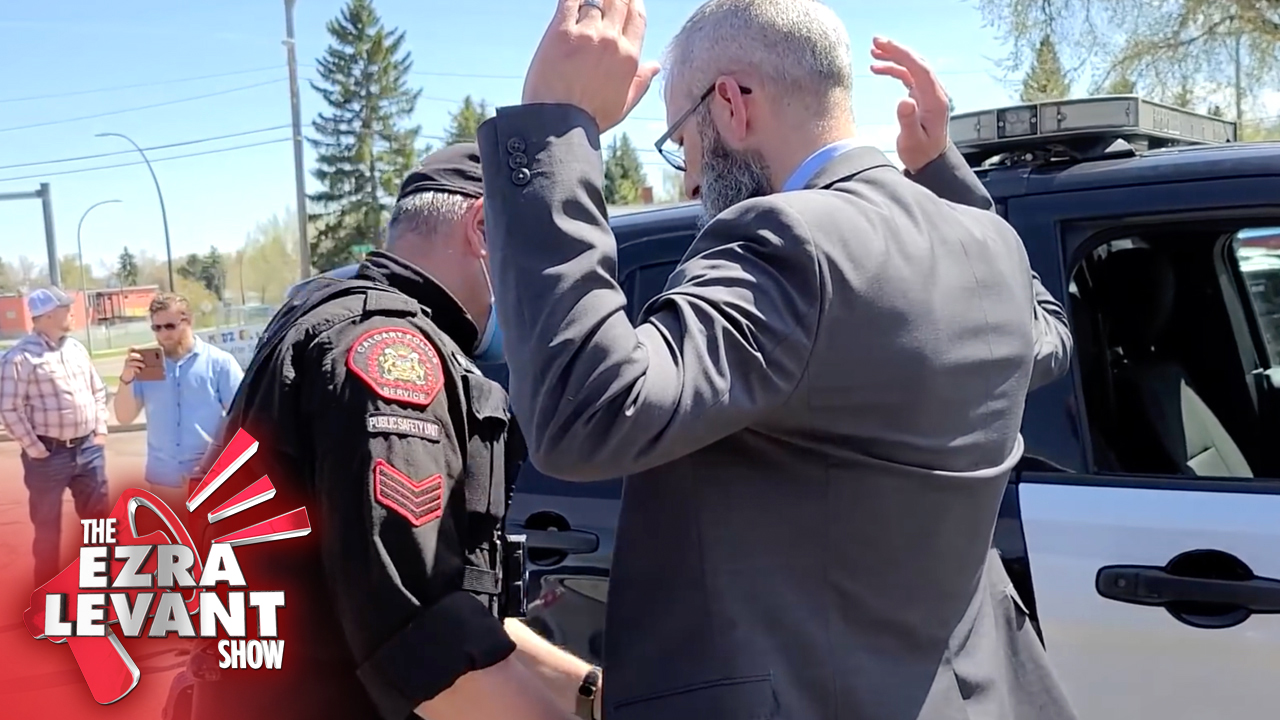 Thousands of protesters were at Toronto’s city hall — Nathan Phillips Square — this weekend. No rules about masks or social distancing. No mass arrests by police for illegal gatherings. I’d call them Palestinian protesters but of course few of them are actually Palestinian. I think it’s more accurate to call them anti-Israel protesters, or more precisely, pro-Hamas protesters. They’re in support of the Hamas terrorist group that’s attacking Israeli civilian with rockets every night.

Hey — I thought gatherings were illegal? Yeah, for some people. In Calgary, a group of armed police arrested and jailed another Christian pastor. That makes three now.

So that's what went on in part of Canada yesterday — massive gatherings that turned violent against the Jews.

But in Hamilton, Ontario, our reporter Efron was standing alone, reporting on a protest, and was handed a ticket by police who were spying on him from inside a building. And as I'll show you, the cop himself violated the six foot rule. There’s no sense.

They were too busy ticketing Efron to, you know, stop the Nazi flags at a pro-Hamas protest, stop the mini-riot.

There are mosques busy too. But maybe police don’t think they’ll go as quietly as the pastors I’ve shown you today.

Why would police think that? Why would they think mosques would be more violent? If that’s their rationale, that's Islamophobia — the soft bigotry of low expectations. I guess Trudeau’s right after all, and the police will need to undergo some sensitivity training.

Welcome to our mad world.

GUEST: Andrew Lawton (@AndrewLawton on Twitter) on media bias in the Israel-Hamas conflict.