Remembrance Day: They hate poppies, because they hate us and our country 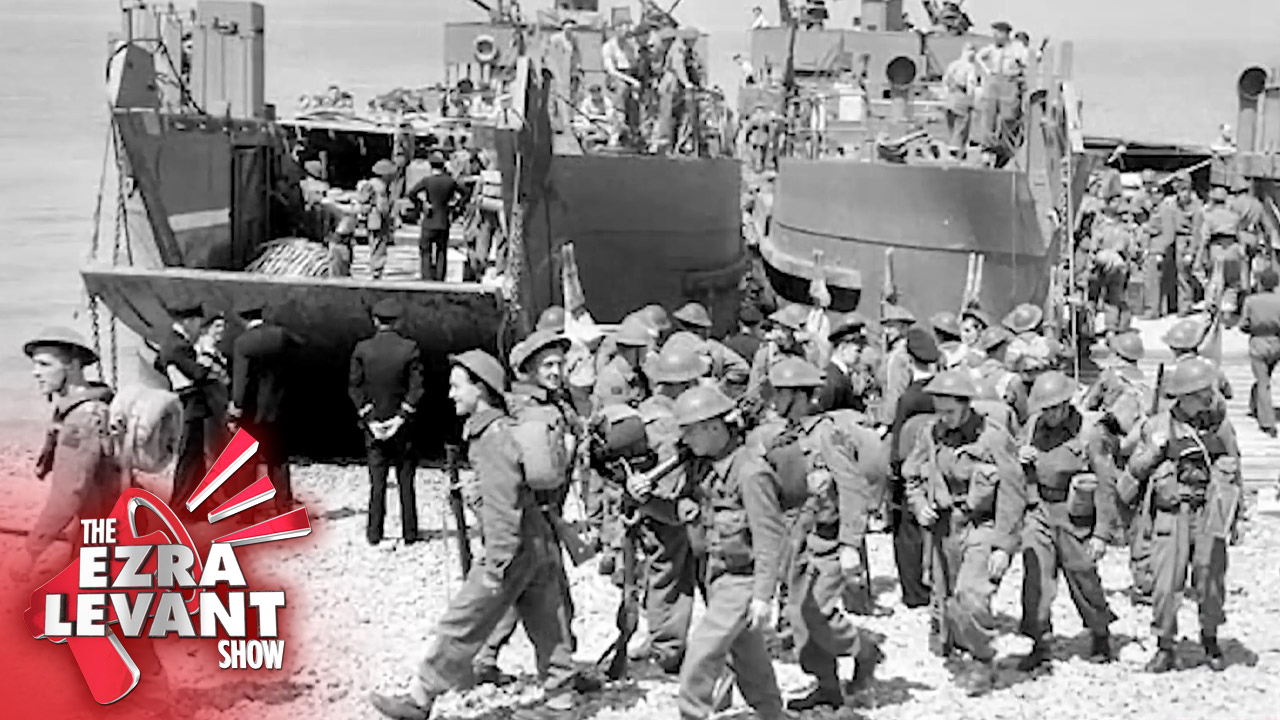 Why did Jeff Bezos, the world’s richest man, who owns the grocery store “Whole Foods” along with Amazon.com, ban the wearing of poppies in his Canadian outlets?

And they sure dug in on that, too. Our own David Menzies went to one of these overpriced stores in Toronto to see what was going on, and they told him to shut up and get out.

They finally buckled under political pressure, and reversed the ban. But I think it could have gone the other way.

Jeff Bezos and Amazon are regarded with plenty of justification as oligarchs and corporate predators. But they’re very woke, and very anti-American.

Remember, it was Bezos who banned my book, China Virus, and then unbanned it for a week, and then re-banned it, with the official excuse that my book simply contradicted the “official” sources. As in, it criticized China, and the China-controlled World Health Organization.

Bezos doesn’t really care about freedom; he cares more about money and power.

He doesn’t really believe in nation-states — he’s bigger than most countries just himself.

And I say, it could have gone either way. Bezos’s staff blinked here; but Don Cherry — 100 per cent Canadian, well-loved, decades of Hockey Night in Canada fans — was fired in the blink of an eye for telling people to wear poppies, remember.

The ban on the poppy really means a ban on remembering the soldiers, and remembering why they fought and died and why we love them for it.

Remembrance — remember what? Freedom versus tyranny; national pride; sacrifice; even the concept of a nation state with an army at all. All of these things are remembered when we remember fallen soldiers.

And so every piece of that is under attack now.

Even masculinity itself, even the fact that they were overwhelmingly young men, who engaged in a form of controlled, patriotic violence against an enemy — that’s what a war is — that itself is anathema today.

So yeah — Remembrance Day will not be remembered; or it will be transformed into something bizarre; it will be denatured. Just like the NFL, once the most patriotic forces in America, was destroyed in a blizzard of anti-American woeness, taking a knee, hating police, hating America.

The NBA, praising China — these institutions are being bastardized. They’ll do the same to Remembrance Day.

They’ll change the poppy itself — white poppies for surrenders; rainbow poppies for who knows what.

So that in the end everyone will hate it — the left, that always has; and they’ll make it so that the right walks away, as the right has from woke professional sports, to keep that analogy.

Greta Thunberg’s street gangs actually took today, Remembrance Day, as the day to have a global warming protest — at a war memorial in London. To use the fallen soldiers as a backdrop for a photo shoot. To literally walk into the sacred ground of a memorial, on the special day, and step over real wreaths laid for real casualties of war, and put their political stunt wreath right on top of them all.

To hell with them. Remembrance — I’ll long remember this, and I hope you do, too.

In a moment I’ll play for you an interview I recorded yesterday with Lee Humphrey, an outspoken veteran and political activist.

But first let me do what I do every year on this day, and read to you Rudyard Kipling’s poem, "Tommy Atkins."