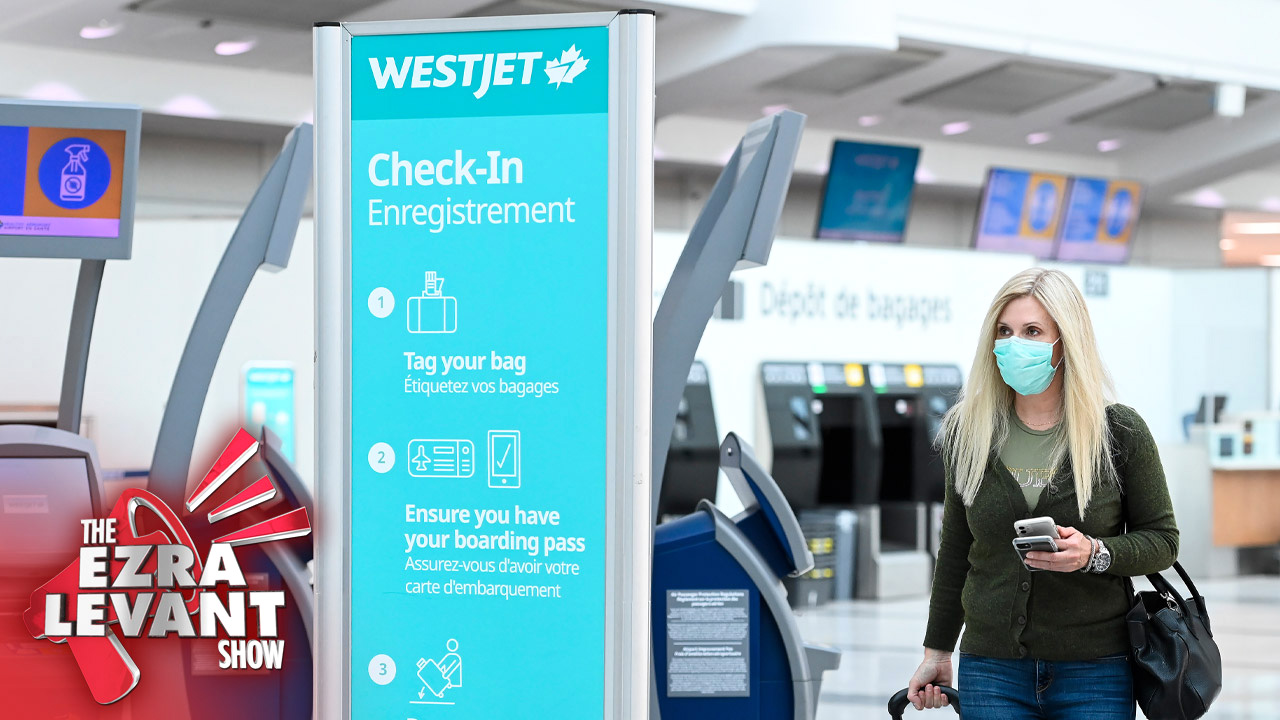 Atlantic Canada has practically been spared from the bug. But they’re in full panic mode. You can’t even fly there from other provinces. I’m serious. They actually sent police to the roads to stop people from away coming in.

We wanted to send a reporter to cover a story in Nova Scotia, and he was banned. Not allowed.

Which brings me to last night’s sad announcement by WestJet. They’re shutting down their flights to Atlantic Canada. Almost all of it is gone now. Also Quebec City — gone. They’ll still have a few flights to St. John’s and Halifax, once in a while. But it’s devastating. They’re laying off 100 staff, on top of those already let go.

Let me play for you some of the video announcement by WestJet’s CEO Ed Sims. I can’t stand the sight or sound of him — he’s the wickedly woke social justice warrior who has come out against Wexit, who is a weird mask extremist who insists babies wear masks on the plane, even though the government says babies are exempt. He’s just an awful, awful political activist, totally contrary to WestJet’s traditions. But even despite his odious politics, I feel for him — or more accurately, I feel for his staff who are losing their jobs.

But in his whole five and a half minute speech, he blamed the pandemic, and he blamed higher costs, and he mentioned reduced demand. All true. But he only said the word quarantine once, in passing, and then moved on.

But like I say — I want to fly to Atlantic Canada. But I’m not allowed to. Because of the governments there. The provincial governments, who have brought in the no-fly quarantines. And the federal government that continues to bar most travel from the United States, too.

Why didn’t this brave, woke CEO mention that?

Let me be clearer. The virus didn’t stop the flights. The virus is gone — at least gone to the point where it is no longer categorizeable as a pandemic. The masks are just public health theatre — we’re safe now; there are cases, not hospitalizations are minimal.

What’s stopping people from flying now are politicians. And lockdowns. And quarantines. And panic mongers — of whom Ed Sims is amongst the worst.

NEXT: John Gormley joins me to talk about the upcoming election in Saskatchewan.