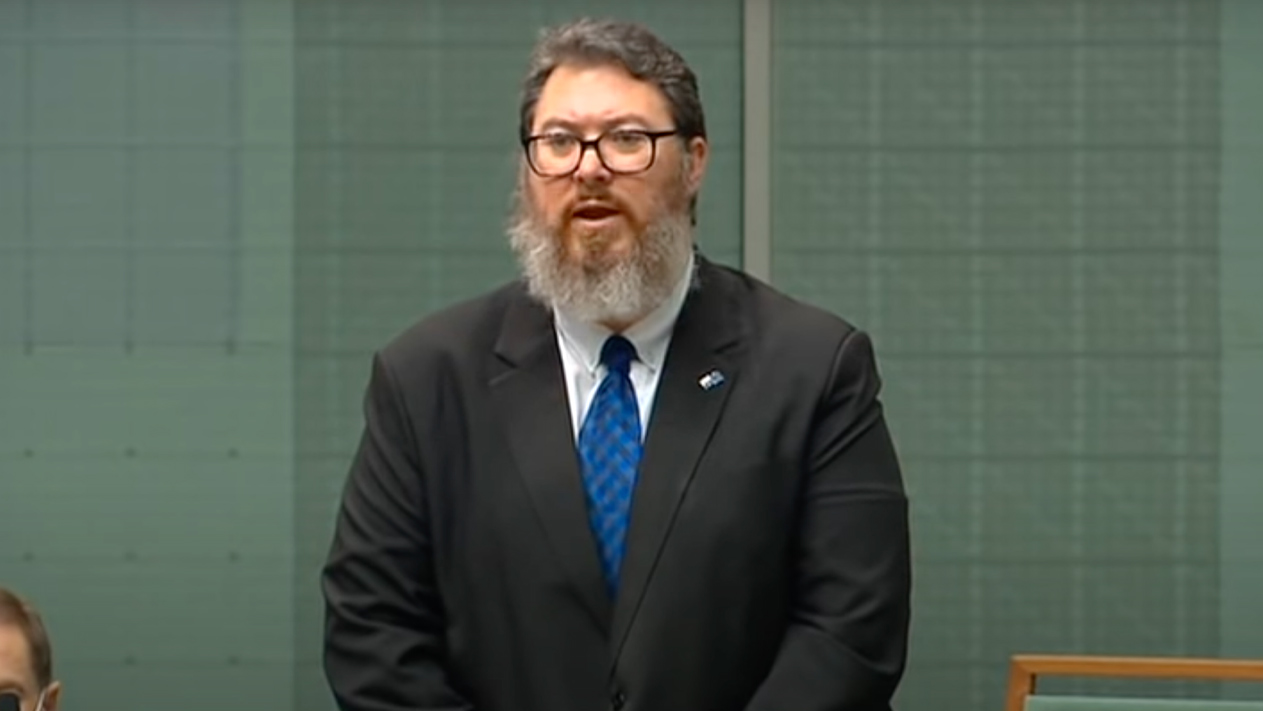 “As a nation, we bemoan the fact that most politicians are white-bread, cookie-cutter replicas of one another, but, on the other hand, we decry a spark of individuality as chaos, destabilisation, and disunity – or, at least, the media does.”

He was a figure hated by the Left and frequently attacked by members of the Coalition for continuing to support the principles of liberty and conservatism following US President Donald Trump’s election defeat and – in particular – the controversial health orders put into place during the Covid pandemic.

Christensen has been the federal member since 2010, after a career in journalism, publishing, and as a local councillor. He is known as a social justice warrior for the centre-right, and began his political career as state president of the Young Nationals. Most of his work as an MP has been dedicated to bringing tangible local benefits to his community.

Lately, he has joined various campaigns set up to oppose Covid health orders, such as ‘No Vaccine Passports’, ‘Reject the Great Reset’, and ‘Freedom [of choice, of movement, from fear] for All’. Christensen has continued his work as a journalist, speaking and writing frequently on conservative issues while serving as an MP.

“We’ve blown up freedoms, bodily autonomy, medical privacy, human rights, community cohesion, and many businesses and jobs – all for a virus with a 0.27% infection fatality rate. It should never have happened, and yet some of it is still happening.”

A summary of the Trusted Digital Identity Bill is available here.

“What we are seeing is the fusion of Big Business with Big Government,” said Christensen, of the Great Reset. “...to reach into our lives, to control what we do, to invade our privacy. This is a recipe for disaster.”

Christensen cemented himself as a political outlier in his closing speech, which began and concluded with a reference to poet Robert Frost and his famous piece, The Road Not Taken.

“When I came to this place [Parliament], someone told me about two paths that lay ahead: the path of the poodle and the path of the mongrel. They said that the poodles in politics do what they’re told, get the accolades and end up sniffing the ministerial leather right up close,” said Christensen.

“But nothing changes if it’s left up to the poodles. That’s where the mongrels come in. Political mongrels might be mangy; they might growl when they’re grumpy, and they might soil the carpet every so often, but they bark when needed and aren’t afraid to nip issues in the bud when needed as well.”

Christensen went on to make the point that it is the mongrels of Parliament that actually bring about change and get things done for the electorate. He also pointed out his victories.

“Against the extreme green network, the Labor Party, GetUp, and many left-wing media outlets, I fought for the Adani Carmichael mine, now operating under the name of Bravus. We fought against desperate but well funded attempts to stop that mine.”

In his reasons for leaving, Christensen cited his young family, including recalling the harrowing story of his wife’s serious and near-death complications on the birth of his daughter.

“At about 4am, the surgeon attending to my wife phoned me to say the situation was very serious, and, if there were things that I had to tell my wife, now was the time to do so. You don’t get a clearer, more sobering message from a doctor than that. She was then rushed into emergency surgery. That morning, I had to front a meeting of local farmers and then a press conference, all while not knowing whether my wife was alive or not.”

Christensen also admitted that he ‘doesn’t like coming to Canberra anymore’.

“The parliamentary processes to me seem so stale and staged. Question time’s a farce, where government backbenchers ask pointless questions written by someone else, and opposition members ask pointless ‘gotcha’ questions that never get answers.”

Christensen went on to call for there to be greater scope for dissenting voices and individual thought, brutally observing that:

“The notion of party discipline needs to give way to representation, just like it does in may other legislatures around the world; otherwise, we run the risk of Parliament House degenderating into a sheltered workshop for people who can’t think for themselves.”

Finally, Christensen left the party with a list of what should matter to conservative parties, saying:

“So I am freeing myself, knowing this is no longer the world I belong to. But as I take my leave I want to share with my colleagues a list of things that matter to conservatives and patriots according to me – strap yourself in!”