'From October 31st to November 20th, I did not take a shower,' Rittenhouse said. 'I smelled terrible. I felt sick. I lost weight. My health was degrading. If I was in there for a month longer, I would probably have been in a hospital.' 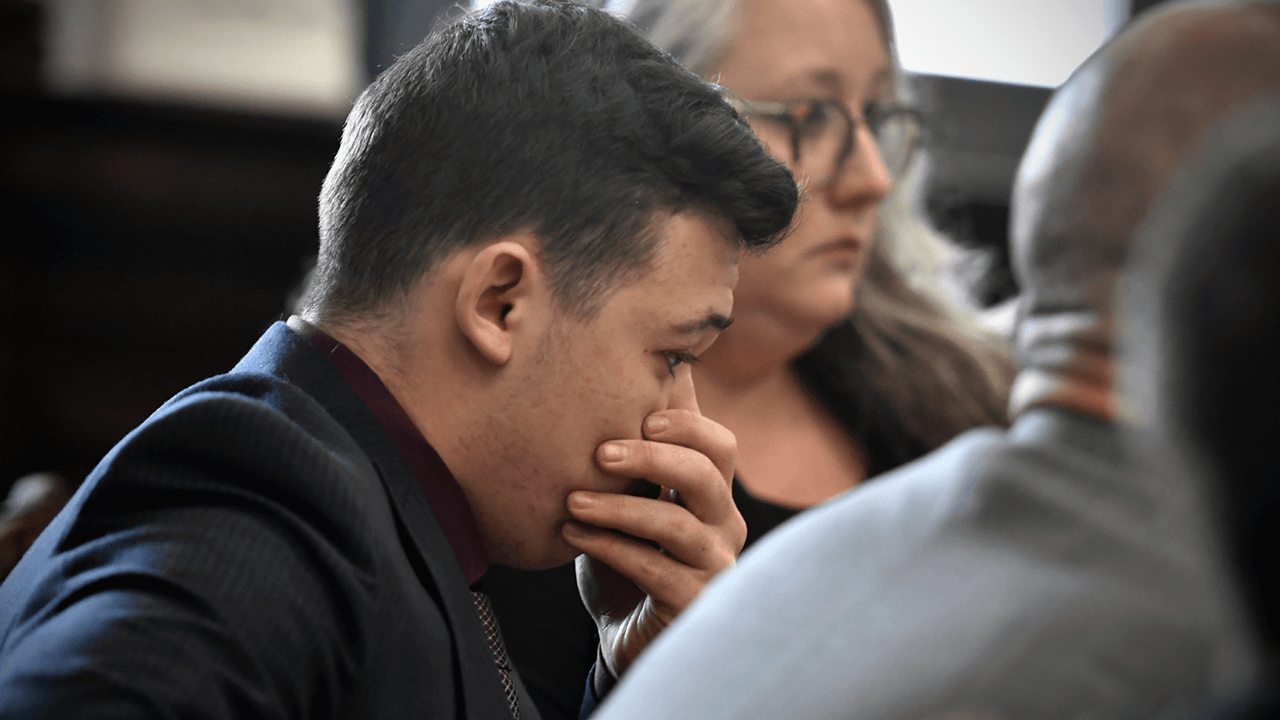 Kyle Rittenhouse spoke extensively about his 87 days in jail, to which he was confined last year as he awaited trial for shooting and killing two men and wounding another at a Black Lives Matter-oriented riot last summer in Kenosha, Wisconsin.

Speaking to Fox News host Tucker Carlson on Monday in an exclusive interview, Rittenhouse detailed the harrowing experience at the Kenosha County Jail, which was made worse by the fact that his lawyer at the time, John Pierce, did not do his due diligence and did not know to where he was being transferred.

“My attorney, John Pierce said, ‘oh, we’re going to keep you in a juvenile facility.’ I always wanted to be extradited, and I had no problem with that. But he forgot to file the stay and he didn’t even know I was going. So my attorney didn’t know I was going to jail, which is quite sickening because he should have known.”

Rittenhouse said he now has competent counsel, and described the county jail as “interesting,” telling Carlson that his jail cell was like a “one-star motel,” with a desk and a shower, but all the luxury afforded to him had a catch: he had no running water for about a month from October 31 to November 20.

“But the jail was interesting. I was in my own room. It was kind of like a like a one — I’m going to describe it as a one-star hotel. We’ll go with a Super Eight,” he said. “I had a desk. I had a shower. I had a toilet. I had a TV. I had a tablet. But I didn’t have running water.”

The teenager said that the lack of running water had a detrimental effect on his physical health. “If I was there a month longer, I would have been in a hospital,” Rittenhouse said.

“From October 31st to November 20th, I did not take a shower,” he said. “I smelled terrible. I felt sick. I lost weight. My health was degrading. If I was in there for a month longer, I would probably have been in a hospital.”

When he was finally out and able to access a shower, Rittenhouse said he spent three hours washing up. His skin was so badly encrusted in filth that his skin bled.

“And when I showered, I showered for like — I took like a three-hour shower,” he added. “I had like blood. My skin was bleeding because my skin was coming off of my body, it was just the nastiest thing ever.”

“And I feel bad for Dave who has been with me through the beginning, who’s helped start FreeKyleUSA.org,” said Rittenhouse. “I feel bad for him because he had to deal with my smell for that three hour car ride. So, I give him all the credit in the world.”

Kyle Rittenhouse describes the horrifying conditions that he had to endure while in jail, including not having access to running water and not being able to take a shower for weeks. pic.twitter.com/0nq3oTjX9d

On Friday, Rittenhouse was acquitted of all counts after three weeks of hearings related to the deadly riot in Kenosha, Wisconsin in 2020.

“Self-defence is not illegal, and I believe they came to the correct verdict, and I’m glad that everything went well,” said Rittenhouse in a teaser for the Tucker Carlson interview.