The committee’s criminal referral holds no official legal weight, and a final determination in whether to pursue the charges will be up to Attorney General Merrick Garland and the Justice Department. 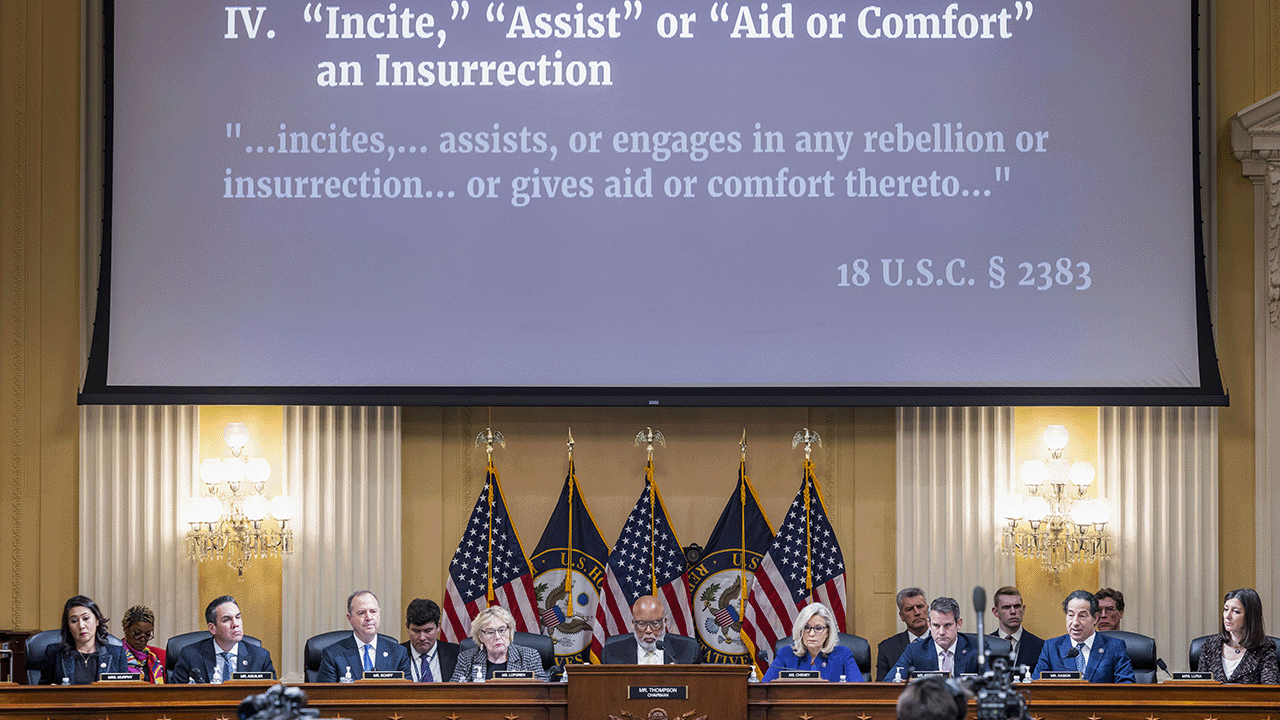 On Monday, the House Select Committee to Investigate January 6 announced that it will issue referrals to the Justice Department recommending that former President Donald Trump be criminally prosecuted.

The committee, which has been conducting a nearly 18-month probe into Trump’s involvement in the activities that lead to the Capitol breach on January 6, 2021, will formally ask the DOJ to pursue charges for obstruction of an official proceeding of Congress, conspiracy to defraud the federal government, making a false statement, and inciting, assisting, or aiding and comforting an insurrection.

The committee’s criminal referral holds no official legal weight, and a final determination in whether to pursue the charges will be up to Attorney General Merrick Garland and the Justice Department, Fox News reported.

The panel also referred four top Republicans to the House Ethics Committee for defying a congressional subpoena. House Minority Leader Kevin McCarthy, as well as GOP Reps. Andy Biggs, Jim Jordan, and Scott Perry were all subpoenaed by the Jan. 6 panel, but refused to comply.

The House Ethics Committee is evenly divided between Republicans and Democrats, making it unlikely that the referrals will lead to an investigation.

A spokesperson for Rep. Jim Jordan released a statement in response to the referrals, saying, “This is just another partisan and political stunt made by a Select Committee that knowingly altered evidence, blocked minority representation on a Committee for the first time in the history of the U.S. House of Representatives, and failed to respond to Mr. Jordan’s numerous letters and concerns surrounding the politicization and legitimacy of the Committee’s work.”

In addition, the committee referred lawyer John Eastman to the Justice Department for criminal prosecution for his alleged role in planning to prevent the certification of Joe Biden’s election as president.

Rep. Jamie Raskin, D-M.D., said that the committee had presented much of their evidence to a federal judge last Spring, and the judge concluded that both former President Donald Trump and Eastman likely violated two federal criminal statutes.

"The committee issued a preliminary report Monday that outlined the findings of their 18-month long investigation into the events on January 6, 2021," said Fox News. According to the report, Eastman was warned repeatedly that his plan was illegal and ‘completely crazy,’ and would ‘cause riots in the streets.’

Despite this, Eastman continued to assist President Trump’s pressure campaign in public and in private, including in meetings with the Vice President and in his own speech at the Ellipse on January 6th.

The committee recommended that Eastman be charged with obstruction of Congressional proceeding and conspiracy to defraud the United States.

This marks the first time in history that a former president has been referred for criminal prosecution, and the outcome of the referral will have far-reaching implications for the future of American politics.