A jury in Wisconsin has found Kyle Rittenhouse not guilty on all counts against him. 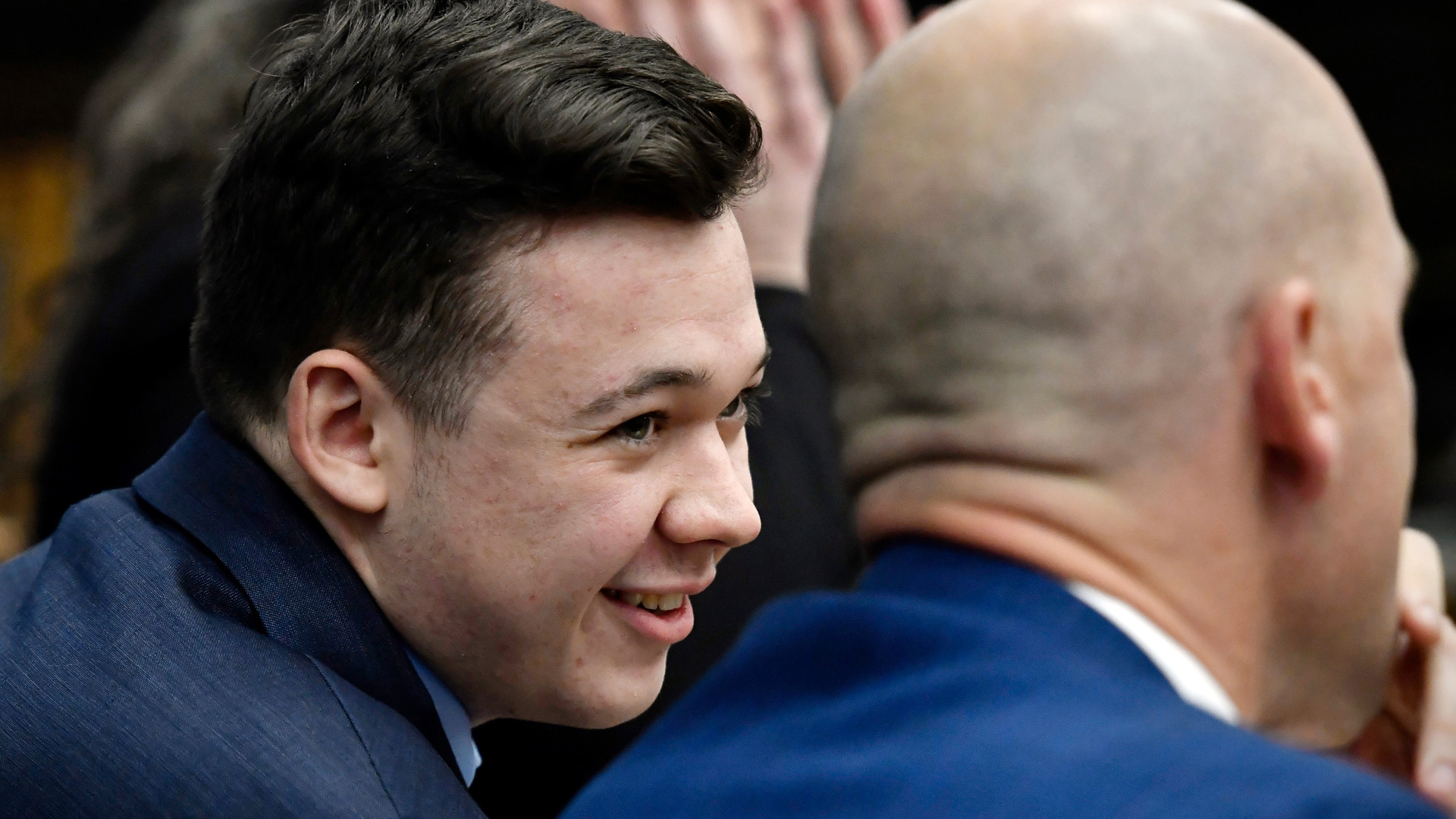 Kyle Rittenhouse has been declared not guilty on all five counts by a unanimous jury.

Rittenhouse, the teenager who was charged with killing two people and injuring another during a riot in Kenosha, Wisconsin last August, was acquitted of first-degree intentional homicide and four other felony charges on Friday afternoon.

Dressed in a dark suit with a burgundy tie and shirt, Rittenhouse stood nervously behind the defence table as each of the verdicts was delivered to the court by the leading member of the jury.

He held back tears and immediately collapsed toward the table after the final count was read.

BREAKING: Kyle Rittenhouse has been found NOT guilty on all charges. pic.twitter.com/E7tbGSuBA4

The jury was made up by a panel of five men and four women, who deliberated for more than 24 hours over the past week.

Prior to reaching its decision, the jury asked the court a handful of questions over the course of the week, including requests to rewatch the video evidence provided earlier in the trial.

Prosecutors alleged that the footage, which was “enhanced” by a tech specialist, showed Rittenhouse pointing his gun at one of the men he shot, Joseph Rosenbaum, seconds before Rosenbaum gave chase and shot him. Prosecutors argued that Rittenhouse had “incited” Rosenbaum’s actions, which precipitated the shooting, which they argued did not happen in self-defence.

The prosecution was ultimately unable to convince the jury of Rittenhouse’s guilt due to a number of glaring issues with the allegation — namely that the footage required “enhancement” to make the initial claim, and that Rittenhouse, who is right-handed, was supposedly pointing his AR-15 style gun with his left hand. The state’s argument contradicted all other existing, clearer footage and photographs of Kyle Rittenhouse throughout the night.

On Thursday, Judge Bruce Schroeder banned MSNBC from the courtroom after a freelancer, working for the network, allegedly followed the jury bus. The judge, whose remarks were later confirmed by Kenosha police, stated that the man was driving a block behind the jury bus when he blew through a red light on Wednesday evening when he was stopped and given a police citation.

The man told police he worked for NBC News and had been instructed to follow the bus by one of the network’s producers. An NBC News spokesperson said on Twitter that he was a freelancer and that he never intended to contact or photograph jurors.